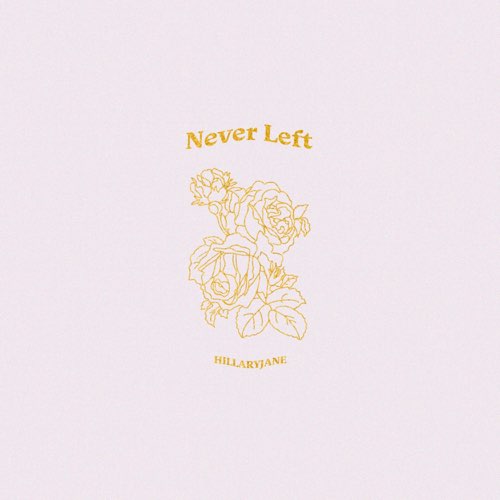 It’s been a whirlwind 4-5 years for hip-hop/rap/pop artist HillaryJane. From releasing her chart-topping and well-received EP Stix and Stones way back in July 2014 (that birthed the prominent and poignant songs ‘Chimneys’, ‘Stix and Stones’ and ‘Wild Side’), to becoming a Youtube vlogger and regularly posting videos about various topics, alongside being a married woman, as well as owning her own home with her husband; there’s been a lot that has happened in Hillary’s life thus far. And while I’m sure Hillary has wanted to release new music for a while (but probably couldn’t because of legal reasons or such), that all changed in 2018, with the release of her ‘comeback’ single ‘replay’. Since becoming a force on social media of late, fans of her previous music have followed her presence on platforms like facebook and twitter, as well as following her presence on Youtube as well, as she speaks on topics like Christians and suicide, blame shifting, overcoming insecurities, micro-cheating, as well as why she’s getting baptised…again. With a wide variety of topics and things to explore on her youtube page, Hillary is certainly busy, and now with the release of songs like ‘replay’, ‘L.O.V.E.’, ‘With Me Now’, ‘God of Always’ and ‘DejaVu’ over the 2018/2019 period; Hillary doesn’t appear like she’s slowing down anytime soon. With her presence in the hip-hop/pop industry being very much welcomed by myself, when we know that this hip-hop/rap/pop industry is certainly dominated by males (think Lecrae, NF, Flame, Derek Minor, This’l, Tedashii, KB, Andy Mineo, Steven Malcolm, TobyMac, Trip Lee…you get the picture), HillaryJane and her music is certain to create a fair amount of buzz and anticipation. That’s how it has been these last five releases. Now here we are sitting in 2020. And Hillary has unveiled to us another song in ‘Never Left’.

‘God of Always’ unveiled last year was under the label Dream Label Group, whereas this new single is not- under the independent The Confident Girl, we can only guess what went down between HillaryJane and the label for her to split from it. Nevertheless, this song has been birthed from perhaps what people have experienced in 2020 thus far, and the song itself being a much-needed reminder that God has never left our side, even if we believe and think that He has, because of the circumstances we see around us. Hillary’s music, though not as popular as a lot of other artists, nevertheless hits home for me- enthusiastic, heartfelt, passionate and emotive, ‘Never Left’ is a great encouragement for us all, that He has never left our side, and that whatever we experience, God uses, working in us as we become more like Him during such a process as 2020. As HillaryJane has unveiled herself about the song, ‘…Never Left is a look into God’s faithfulness. When I’m struggling with depression, miscarriage, my mother’s cancer, family issues, and more, God has always been there for me. He is here and willing to comfort his children, remind us of truth when we just can’t remember, and hold us fast until the day we see him face to face. He is our strength when we have none. Is our light when we can’t see in the dark. Never Left is the song you sing when all you can do is lean into his faithfulness…’

And that is that- ‘Never Left’. A song that will get…well, not as much airplay on the radio compared to ‘God of Always’ (because she right now is not on a label)…that’s the truth isn’t it? Regardless of the disturbing correlation between labels and single radio sales, Hillary’s new song is catchy enough for it to be heard at least once straight through. For such a theme about God never leaving us and using whatever circumstance we find ourselves in for His glory and our good, is one that has been recorded times before. Nevertheless, an idea that God never leaves us is something that we as listeners of music and followers of Christ at times need to hear it all the more, often in song. And this new one by Hillary is just another one added to the list.  Infusing together hip hop, rap and pop together, and connecting them very seamlessly and uniquely; we are met with an artist very underrated as this new song unveiled independently, is fast becoming one of the catchiest songs I’ve heard in 2020 thus far. Well done Hillary for this track, can’t wait for the new songs, whenever they arise!