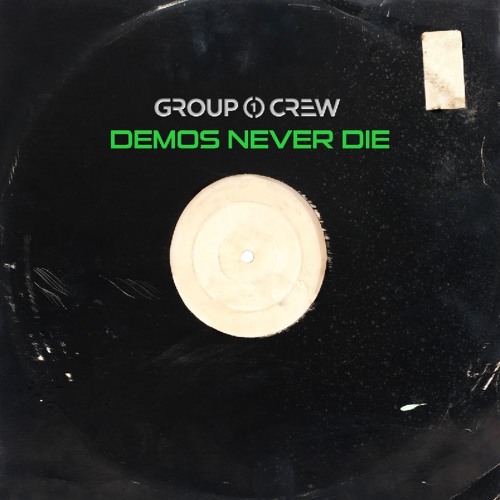 ‘…what up G1C Fam, I’m stoked to announce the release of Demos Never Die! For the next nine days I’ll be releasing one free song on to my SoundCloud account that just missed making my next record Power. These songs are near to my heart and I pray they bless you! Check out “Me and My God” and be sure to check back every day for the next nine days leading up to the release of the title track, music video and next single “Power” April 15th…’ What happens to the songs that don’t make the album? Usually during an album making process, an artist writes and records often hundreds of tracks. And then they shorten the list to around 10-15 tracks. What happens to the rest? Usually, they are never heard. Yet what Group 1 Crew has done is something that by far is one of the most unique and different things compared to any other CCM/pop/rock artist in recent history. With POWER releasing this coming Friday (check out our review here), Manwell decided to release another album in tandem- DEMOS NEVER DIE that released to G1C’s Soundcloud account on April 15th, comprising of 10 tracks that were recorded as demos, that sadly and unfortunately didn’t make their new album. And while many of them sound on the ‘raw’ side, with not that much post-production of vocals and instruments; what has resulted in this digital release is something I reckon other artists should do once in a while in order to try out something new. Demos Never Die, though production-wise not as stellar compared to that of POWER, nevertheless provides the listener with songs that would otherwise have been shelved on a hard drive, never to see the light of day. Who knows, maybe a song on DEMOS NEVER DIE may change someone’s life. So what do I reckon about this 10 song (20 if you include the ‘story behind the song’ segment before each track) demo album? Read on to find out.

Since DEMOS NEVER DIE isn’t an official album release, but rather a selection of songs released on April 15th on G1C’s soundcloud account, I figured that this review ought not to be an ‘official’ one either. Sure, I can discuss the songs, and go deep in terms of the styles of each of them and what each song means to myself and hopefully you all as well; but what I figured I would do is this- discuss about a few of them that really spoke to me over the last few months. Usually in an album, there’s at least 2 or 3 tracks that speak to you in a whole track listing of 10-15. That’s not to say that the other songs aren’t great, it’s just that you know which songs hit you the hardest. So much so that I reckon these songs that are my favourites on DEMOS NEVER DIE, if placed on POWER, won’t feel totally out of place. Because honestly- these 10 tracks did miss out on being on their latest album…

“Me and My God”, an electronically infused rap song, speaks about how there are times in our lives where we may be alone, not because we’ve been doing the wrong things, but rather, God calls us to a certain place, and our friends or even family may not understand the gravity of what God is calling for us to accomplish…so in those moments, it’s just us and God. While it can be a sad moment, it is also sobering, as we understand that during these moments, we can trust and rely on God all the more. “Stand Your Ground”, a song written for either FASTER or STRONGER, is a firm track about us standing by our beliefs, and not letting things like doubt, insecurity, uncertainty or fear hold us back from what we believe to be true; while “It’s Real” is an honest song about what Manwell believes, and what he thinks about life- quite possibly, this song is by far one of G1C’s most vulnerable tracks, demo or not. “On Top of the World” is a motivational track about us never quitting and believing that what God has placed on our hearts to undertake, we will, if we work hard and focus on our goal; while songs like “Go Back” and “Rumours” deliver to us different themes, from us never wanting to go back to who we were before we knew Christ (“Go Back”), to writing down thoughts in a response to rumours about the band and Manwell himself. As spoken by Manwell, ‘…rumours was a really personal song, it hit home. We all get these little birdies that whisper words of things that people have said, and it always hurts the most when you find out that it was the people that were closest to you…I hate being misinterpreted or seen as something that I’m not. But also realising that you can’t change people’s perspective of you either…you can only be who you are and let people thing what they think…’ Challenging words from Manwell right?

“Suicide”, another bold and unique song, didn’t make the album because of the song title I’m sure, yet as I listen to the track, the song is nothing like what I initially thought the song was to be. Suicide is a heavy topic, yet this song doesn’t discuss that, but rather, we are reminded through this track that we need to constantly die to ourselves, even on a daily basis if we want to pick up our cross and follow the ways of Jesus, focusing on Him and being reminded by His presence of what He longs for us to accomplish. Dying to ourselves as we live for Christ is like a suicide…which is exactly what this song is referring to. Maybe the song title was insensitive, maybe it wasn’t. Nevertheless, Manwell still wrote the song based on scripture, and while it may still be taken the wrong way if someone hears it today who has suffered with a family member or friend who has committed suicide, what this song encourages us to believe is that God is still ever present in our lives, and that He will use whatever song, even this one, to bring more people closer to Him.

Then there are the last three tracks- Display, Already Won and Who You Are. All these three are the most radio friendly songs on the album, and surprise, surprise, are my favourite three songs on the album. “Who You Are”, a song sung by Manwell and guest vocalist Moriah Peters (I don’t know for sure, it sounds like Moriah but I could be wrong), is a powerful and encouraging reminder of who God is, and that ‘…if I’m being honest, there’s been times I’ve doubted that the things I’ve faced weren’t the best for me…those times I’ve faced, You were there for me, I’ll never be afraid, I’ll choose to be amazed at who You are…’ It is a song that asks us a poignant question- who do we believe God is to us, especially during the difficult times? As much as this song is catchy, it presents a message as hard hitting as ever. With light acoustics, hand claps and Moriah’s soothing vocals, “Who You Are” is a song that I reckon will continue to minister to me in the upcoming weeks and months ahead.

“Display” is a unique metaphor about a shop front. Looking at the shops front and what is on display either encourages a person to check out that store, or it sends a message to them and they will keep walking. That is the same with our lives- if we profess to be Christians, how are we living our lives? Are we displaying Christ to people, in a way that people want to know more when they look at what we are displaying to them? Are they just going to walk on by, or ask the question? Will we be ready if they do ask pointy questions? All these questions, rhetorical and otherwise, are all conjured up when we’re listening to “Display”, quite possibly the most ingenious track on DEMOS NEVER DIE. Alongside “Who You Are”, “Display” is another favourite on the album. “Already Won”, #3 of my favourite songs on the album, is another track that has made me think over these last few months. For a song to be titled ‘already won’, we need to ask this question- do we believe that as Christians, we’ve already won? Which areas in our lives have we ‘won’ at and which areas do we need improvement? As Manwell discusses, ‘…the song came from a place in my life where, there’s a motto that I went with, that God, if I win at anything, let me win at faith, not money or fame or popularity, but let me win at faith. Let my faith not be shaken by what I see or what I hear, but that I would be solid in believing that You’re gonna come through and You’re not going to let me down, because there’s never been a time in the history of my life where I can point to a time that You have failed me…no matter what the cost, the most important thing is that I not stop believing…’ Powerful, right? This song also alludes to what could happen if we were in a Job situation- would we still believe that we have already won, even then?

‘…I really wanted to do [DEMOS NEVER DIE]…in hopes the maybe, these songs that would usually end up on a hard drive and never get heard by anyone, that we would release them and I pray in the name of Jesus that it’ll just bless you, or make you happy or make you smile, whatever it will do. I just wanted to do something for you guys…’ What have I said about DEMOS that I haven’t said already? That some songs on the album could slot right into POWER and we wouldn’t even notice? Though DEMOS isn’t really an official album, is still one of my favourites of 2016 thus far. Similar in style to POWER, here’s hoping that G1C’s new project has some of the songs from DEMOS. Well done Manwell for unveiling these half-done tracks, I’m sure they will continue to bless people both now and into the future.

3 songs to listen to: Display, Already Won, Who You Are