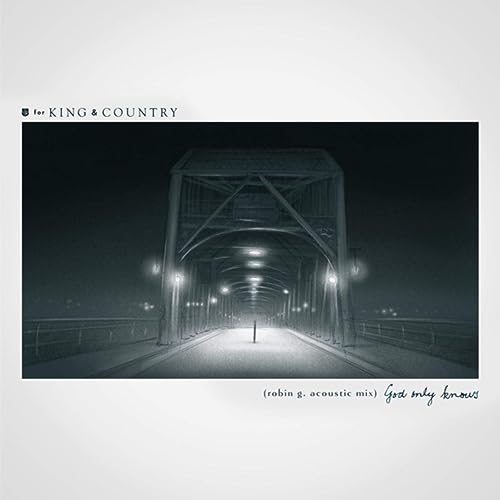 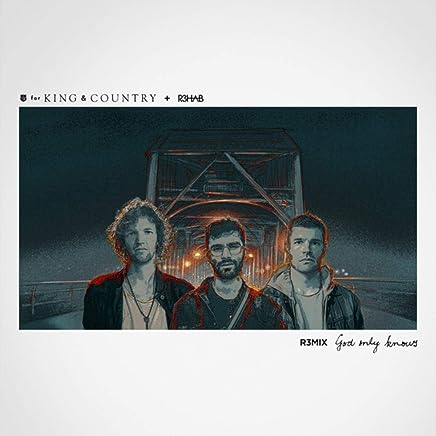 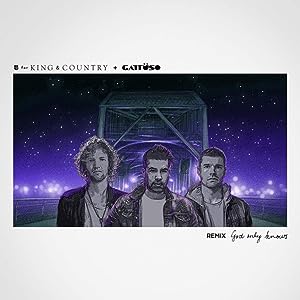 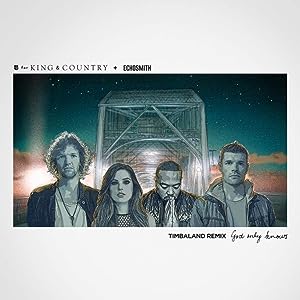 Winning the Song of the Year Award at this year’s K-Love Fan Awards 2019, For KING AND COUNTRY’s ‘God Only Knows’ (no it’s not a Beach Boys cover, but a poignant emotivce original song!) is fast becoming arguably one of my favourite songs from the band…ever. Standing tall as the second radio single from their 3rd studio album Burn the Ships that was released in October 2018, for KING AND COUNTRY have been a household name for quite some time, ever since their chart-topping song ‘Busted Heart’ hit the radio waves all those years ago. Comprised of duo Joel and Luke Smallbone, these younger brothers of fellow CCM songstress Rebecca St. James (who as of now, is readying her comeback into music with a worship album via the Bethel Music label), have created a heartfelt song full of hope and comfort, encouragement and introspection with this song ‘God Only Knows’, one of my favourite songs from Burn The Ships, a standout album of 2018. The topic of loneliness and suicide, of uncertainty, fake smiles and depression is often swept under the rug when it comes to making songs about it within the Christian music industry, and as of late, it is only I reckon songs like ‘God Only Knows’ and We Are Messengers melody ‘Maybe It’s OK’ that really tackle the issue. And that’s sad, because loneliness and feeling depressed is often a common thing, especially in the music industry where every light is shining on you, and you’re expected to perform 24/7. And thus, ‘God Only Knows’ comes at the right time I’m sure for many who hear this song. It’s a song of hope and redemption, and a song of the knowledge that God knows us in our deepest and darkest, yet still loves us there as well. Joel and Luke have created a gem of a song that’s expected to go far as the years roll by. For me it’s up there with songs like ‘Priceless’, ‘Fix My Eyes’ and ‘Busted Heart’, making a song that’ll hopefully propel them into ministry in the mainstream industry that is very much in need of songs like ‘God Only Knows’.

4 remixes of the song released over the last few months, all showcasing a new side to the same song, and all can appeal to listeners who prefer certain styles over others. ‘God Only Knows’ the song was in fact one of five melodies on Burn the Ships that was turned into a picturesque music video- the second to be released after ‘joy.’; both Joel and Luke present a story that is as personal to them as it is impactful and hopefully life-changing for people who see it. As the band relay themselves, ‘…we had to come up with these concepts and the second song on the record is called ‘God Only Knows.’ The week we were coming up with the video concept both Anthony Bourdain and Kate Spade had taken their lives. The song really circles around this idea of statistically we are lonelier than we’ve ever been, but yet we’re more connected by social media than we’ve ever been. It’s almost these faux relationships, these sort of fabricated relationships. In the 1980s in America, 20% of the people claimed to be lonely. In 2017 it’s almost 50%. We’ve more than doubled, but yet in that time period the connectivity of humanity has exponentially heightened. Why is this happening? …we follow this pretty young lady through her day [in the music video], doing normal things. She hangs out with friends. She goes to a coffee shop and she walks onto a bridge that night and throws herself over a bridge. Then it sort of reverses to a pinnacle moment where someone interacts with her. It’s a physical interaction. It’s not a Facebook message or an Instagram note. Someone ran after her, hugged her, found her and changed her…’ It has been the music video that has made me appreciate the song a lot more; and with the unveiling of 4 remixes of the song, I’m all but assured that this song will be nominated for a lot of awards, and deservingly so, for the upcoming Dove Awards 2019 being hosted in October 2019. Remixers like R3HAB, Timbaland, Robin G. and Gattuso, all lend their hands at creating their own versions of the chart-topping hit, while their latest remix, the Timbaland remix, features a new recording of the vocals- this time the band have Echosmith lead singer Sydney Sierota lending her vocals to the song- and for me, this version of ‘God Only Knows’ is by far my favourite…maybe even better than the original!

So there you have it- ‘God Only Knows’. One of my favourite songs, not only of For KING AND COUNTRY’s career thus far, but one of my favourite songs of 2018, period. A song that ignites hope in people that maybe, hope wasn’t there for quite some time; both Joel and Luke have given life to something so lyrically rich and extremely powerful, as these new remixes deliver a new light into an already emotive and poignant song. Well done Joel & Luke for this song, maybe, just maybe, more songs can impact more of the mainstream community, and perhaps one day, the duo can have a similar impact on music and culture like Lauren Daigle and NF currently!