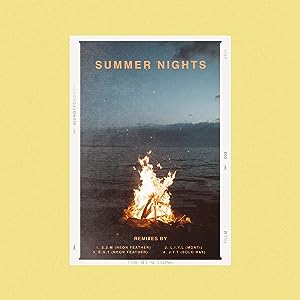 If you have been perusing this website for a while, then you’d know about the band For All Seasons. One of my favourite bands of late, that have formed within the last 5 years or so; the band have undertaken a new thing as of 2019. Since signing to Centricity Music (arguably one of the most underrated labels, housing artists like Jason Gray, Andrew Peterson, Lauren Daigle, Jordan Feliz, Unspoken and Plumb, to name a few) and unveiling to us an EP titled Clarity in early 2018, the band partnered with patreon to unveil to us one song a month- and at the end of their one-song-a-month project, I was sure each of the songs would’ve been collated together to form an album. Coupled with a podcast released throughout the weeks as they discuss the heart behind the songs, For All Seasons have delivered to us songs full of enthusiasm and passion (continuing to assert their prominence in today’s CCM/worship music scene), throughout 2019. They unveiled to us 6 songs throughout the first half of 2019- inclusive of tracks like ‘Just for Today’, ‘Life in Your Love’, ‘Every Good Thing’ and ‘Light and Momentary’, to name a few. But unfortunately, the band decided to press pause on the 1-song-a-month project, namely because the reach of the songs wasn’t getting to the places that the band may have hoped they were. The 6 songs already released in 2019, were bundled up in an EP called ‘& SIDE A’, and now here in 2020, we see another release from For All Seasons– this time a 4 track EP comprising of four out of the six songs unveiled on the EP in 2019, this time, remixed.

‘…as we were approaching 2019, it had been just about a year since we released the Clarity project. We were pretty amped to release something new. We just wanted to release new music, so we sat down as a band. We got really inspired and fascinated by the streaming platform, so we said, “Why don’t we take a crack at releasing a song a month, and they would be part of a larger project called ‘&,’ and we could center the whole project on our name, and really bring the message of what For All Seasons means in an actual project.” Obviously it was something that we talked about here and there, but to have a whole year where we talk about God being deserving of worship in every season, this is what that can look like. These are what songs or prayers in specific seasons of life can look like. So we decided to dedicate a whole year to 12 months of 12 songs. But when we reached the halfway point in the year after releasing six songs, we decided to pause the project. Just to do some internal work with how we can get these songs to reach more people. It really was the guinea pig project of releasing a song every month. Realizing that maybe we’ve been releasing them too quickly, and maybe we should release songs every six to eight months. We decided to bundle those six songs together as the first half of the project, and then let people know that this is just the first half. There will be a second half coming. The second half will take another six months of writing songs that express what it means to worship God in a specific season, and then, along with those six songs, just like we did with these last six, there will be music videos, podcasts, and some posts on our social media that further explains what it means to worship God in this season…’

So then as we wait for the remaining songs that were originally going to be unveiled in 2019 (and we’ll probably have to wait a little longer because of the COVID-19 pandemic), we can still sit back and listen to these remixed songs, of tracks unveiled by the band that are some of my own favourite CCM melodies I’ve heard in the last few years. While remix albums/EP’s are always a mixed bag, what it is here, is something unique and refreshing. Two tracks, ‘Every Good Thing’, and ‘Speak To Me’, are remixed by the famous NEON FEATHER, himself a DJ and signed to Centricity Music, while the two other tracks on Summer Nights, ‘Life in Your Love’ and ‘Just For Today’, are remixed by some lesser known mixers, MONTI and SOLO RAY- the results being good for some tracks, and uniquely different for others. Regardless of your own musical enjoyment style- whether you enjoy remixes that are drastically different from the original tracks, or if you enjoy the remixes to still follow the original tracks- you’re in luck. Songs ‘Just for Today’ and ‘Every Good Thing’, although remixed, still follow a similar structure to the original tracks, while the other two unfortunately for me, leave a little to be desired. Regardless, this EP still reminds us that this band is still here, not going anywhere, and maybe, just maybe, there’s another EP coming? These songs, though written last year and unveiled to us last year, still apply to us today, especially during the times of COVID-19. So as we go about our weeks, let us remember this fact- that God loves us and always brings things together, be it initially harmful or hopeful, to shape and mould us into people He wants us to become- resilient, encouraging, hopeful, and loving individuals whose beliefs and steady and firm. Well done For All Seasons, for this catchy, enjoyable, remix EP, can’t wait to see what the remaining 6 songs (originally scheduled for July – December 2019) are going to look like, whenever that may come!