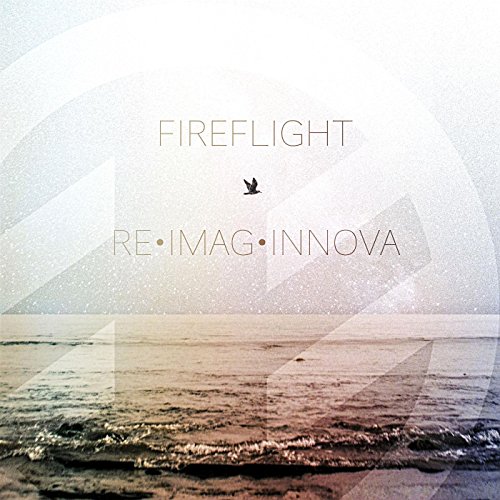 With the word INNOVA being the Latin word for “renew”, it seemed almost fitting for the band Fireflight to be releasing their album aptly about renewal, especially when their 2015 album was their first in almost ten years not under a label. While the genre of the band has been altered over the years, from hard rock that was primarily in albums like Unbreakable and The Healing of Harms, to now more of a pop/rock leaning (INNOVA traded rock to more of a pop-electronic atmosphere), their message has been and is still the same. As INNOVA released in May 2015, Dawn Michele, lead singer of the band, delivered arguably one of her most powerful vocal performances to carry this 12-song track list to be one of my favourite albums of that particular year. Fireflight certainly made it worth the wait with INNOVA, with a stylistic shift from rock to electronic/dance one of the aspects that made their 2015 album interesting, unique, different and engaging, compared to anything they ever recorded in their career thus far. Now fast forward a bit under two years- and we have this new EP, no, not really new. It is 5 tracks from INNOVA, re-recorded and redone and packaged as Re.imag.innova– basically 5 songs taken from INNOVA and recorded acoustically, something that the band hasn’t really done in the past…until now.

While I hope that the band releases something new in the near future, this is a must have for anyone who has been and is still currently a Fireflight fan (like myself), or anyone who loved their songs on INNOVA, but also wanted them to tone down the electronics. In fact, at times, I actually enjoyed the acoustical recordings better than the original recordings…and that is saying something. While not anything new, Fireflight’s new offering is nevertheless new arrangements and a new way to look at songs from INNOVA, quite possibly one of my favourite albums recorded by an ‘indie’ artist, within the last few years. Fireflight have expanded their musical territory with both INNOVA and Re.imag.innova; as they assert themselves as one of the most musically diverse female-fronted bands (aside from Superchick and BarlowGirl) that have graced Christian music within the last decade.

It’s hard to review such an EP when you’ve heard INNOVA before. Because frankly, all you’d do is just compare these 5 songs to the 5 tracks on INNOVA…and then, rate the EP according to what you believe to be ‘better’, rather than just listen to the collection of tracks without any bias. Hearing songs like “Keep Fighting”, “Safety”, “Out of My Head”, “Resuscitate” and “Here and Now” void of any electronics whatsoever has been more of a positive than initially thought. Not that I don’t appreciate the electronic atmosphere of INNOVA- in fact I applaud the band for creating an album with that music at the forefront compared to many albums made previously that had more of a rock element toward it; it’s just that sometimes, when a song is stripped away of all its electronics, what is left is the singer’s voice, acoustics and the heart and soul attached to the track. With the case of these 5 songs, Dawn’s vocals are pretty much on point for all of them. It does seem odd not to add it Anberlin lead singer Stephen Christian’s vocals for “Safety”, but that is just one small mishap in an otherwise great song.

“Out of My Head” is by far the best arrangement, aside from the slightly noticeable strain of Dawn when she sings the high notes in the bridge; while “Resuscitate” is extended by a further minute, which makes this arrangement one of the ones that differs heavily from the original recording. “Here and Now” isn’t really that much different (the original track was primarily acoustic in nature before the ‘overhaul’, while it is a song like “Keep Fighting” that reminds us all that a song, without electronics can have such a different atmosphere and feel- which is what happened to this track. The percussion and piano instead of synths and electronic keyboards creates an upbeat atmosphere- less noise and more emotion and passion. Sometimes an abundance in music can detract from the emotion from the singing, and with less music and more light acoustics, a song like “Keep Fighting” and its message of perseverance can make me enjoy such a song all the more!

Fireflight have since come a long way from their debut album, The Healing of Harms, released on Flicker Records in 2006. Eleven years later, and a vast amount of #1 hits and singles, we have seen the band grow musically, lyrically and now stylistically, as we see how a shift in the band’s musical genres can not only be a unique and different thing, but also remind us all that bands forever change, and that relying on a band to stay constant musically throughout their whole career is like waiting for something that is a lost cause. Having said that, Fireflight have done a tremendously wonderful job at creating acoustic versions of songs from INNOVA, and while some tracks are executed better than others, on the whole this EP is a great tease into what we can expect from the band in the future months ahead. This EP is certainly one to cherish from the band in months and even years to come, as despite it being recorded independently, the quality on the album matches and even usurps some of their previous albums past. From the heavily piano led “Out of My Head” to the musically similar and equally poignant “Here and Now”, this is a welcomed change for the band. Here’s for many more dance-filled (and maybe more acoustic) albums in the future, from such a band that’s one of the last decade’s most underrated bands ever!

3 songs to listen to: Here and Now, Keep Fighting, Out of My Head