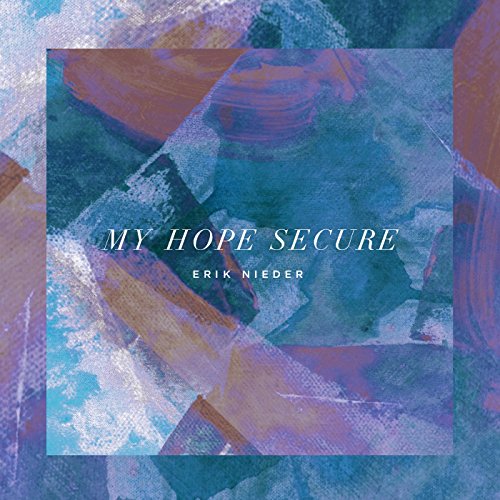 Just when you think you can’t get anything better than Erik’s latest song ‘Faithful’ that dropped a few months ago, think again. No really, think again. One of the most underrated artists ever (and I really mean, ever!) Erik was a great find in 2015 where there was a lot of great independent album releases. One of my favourite ‘new’ artists (I say new because it was Valley of the Shadow that placed Erik and his music on the map, even though he released an album prior, in 2013), it was Erik’s song “Dead Man Walking” that garnered much success that it surfaced again in the form of a recording by Fair Trader Services artist John Tibbs on his debut album of the same name. And ever since then, the rest is history. Erik has since been releasing songs, all which have a hymn-like quality to it all, to present to us all that hymn-structured songs aren’t just for the melodies of yesteryear, that there seems to be a power and beauty in hymns, and Erik is creating songs that remind us all that hymn-like songs are just as much needed now as they were a fundamental part of music and society back then. With a vocal reminding me of artists like Jars of Clay, Jadon Lavik, Tenth Avenue North and Phil Wickham, fans of these aforementioned artists will thoroughly enjoy Erik’s songwriting and singing style. As Erik enlightens us that it was indeed John Newton, the slave trader, that influenced him towards the path of music, we are reminded of the power of a song and what it means to listeners who hear the music. Even if we may not know the story of John Newton and his dramatic change from slave trader to advocate of the gospel of Christ, we are nevertheless still encouraged by his story (google it and see for yourself the story that has impacted millions around the globe in their own quests for comfort and forgiveness).

And so we have a new song from Erik. No, not ‘Faithful’, but ‘My Hope Secure’. Immediately when I heard this track, I immediately thought of the worship movement Passion, and how a song like this (no, a song exactly like this, in fact this song in particular!) would be great and would fit into a set of songs that Passion is famous for. It’ll fit right into Passion’s next annual worship album. But then again, this song is by Erik Nieder, not by Chris Tomlin, right? A song like this, even if it feels very much like a song that could receive much success on the airwaves, or being sung by someone else, will it in the end? Maybe, maybe not. Erik may not be as popular as many other singer-songwriters/worship artists, but what I will say is this- Erik Nieder and his music have a healing and comforting atmosphere as I hear the songs. For Erik has a unique way of transforming many of his songs he has recorded into songs that could’ve and would’ve easily fit in a hymn-book. While people may say that this style of writing music may seem a little less contemporary and less energising than other songs by artists like Bethel Music, Chris Tomlin and the like, I say that Erik’s ability to create hymn-like melodies again and again is a skill in and of itself, and this is no different on ‘My Hope Secure’!

And for the song itself and its messages- we are met with a song that reminds us all that the hope we have is secure in the God who made the universe but is intimate with the very innermost parts of us. He is whom we have our hope in, and that in and of itself is secure. With light keyboards and Erik’s trademark ethereal voice that seems to be a cross between Jadon Lavik and Mike Donehey of Tenth Avenue North, Erik and his music, especially this new song, is a must listen if you enjoy similar worshipful artists that don’t necessarily dwell in the long-winded worship songs, nor do they release edgy worship music, but nevertheless present songs with lyrical prowess. Erik is such an artist like this! I can hear someone like Kristian Stanfill picking up this song in particular and leading it at Passion 2018, declaring out the emotive words of how ‘…once and for all, my Jesus died, once and for all, the wrath of God was satisfied, o praise the day when Love was slain, my hope secure in Jesus’ name…’ But that’s not to say that other songwriter-singers with a poetic edge like Bebo Norman, Jason Gray or the ever-reliable Andrew Peterson aren’t great, it’s just that Erik has this knack of creating hymn-like melodies, that each and every song is just as poignant and emotive as the one before. Fans of artists like Bebo, Jason or Andrew will enjoy the music by Erik, or even fans of more indie-style music (Paul Colman, Jadon Lavik, John Tibbs etc.), so I guess if fans of any of these artists aforementioned can sit back and listen to Erik’s music and be impacted, then I guess it’s no wonder why I firmly believe that Erik will travel far in this music industry.

‘My Hope Secure’, alongside ‘Faithful’, is one of my favourite Erik Nieder songs ever, and maybe, just maybe, there’s a full length album lurking around the corner! And so with songs previously that have had a similar impact to this new song- from ‘Adore’ and ‘The Rock Eternal’, to ‘For Heaven’s Sake’, ‘Dead Man Walking’ and more recently ‘Faithful’; Erik at his most is full of heart and soul. A worship leader destined to be part of the next generation of worship songs in months and even years to come, well done Erik for such a prolific and defining song that is a standout in the last few months. Erik is sure to be on the radar of music executives and record labels in the upcoming months (that’s if he wants to be signed)- but even if he doesn’t and still stays independent, his music will still have the power to reach far and wide!