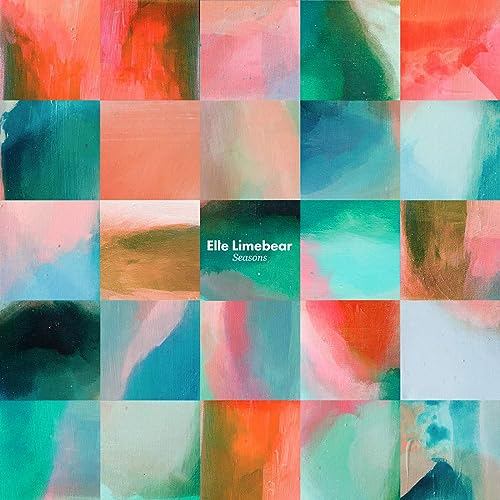 You know the more things change, the more they don’t? that’s exactly the case with up-and-coming worship leader and artist Elle Limebear. Having released her debut album Lost In Wonder last year, the daughter of Martin Smith (ex-frontman of CCM rock band Delirious?) is following in her father’s footsteps, as she has crafted a brilliant and near-flawless debut project. I’ll let you read Jon’s review about the compelling, inspiring and powerful release… but let me quickly gloss over Elle’s latest single, a cover of the Hillsong Worship original Christmas song “Seasons”.

So… why are we reviewing a Christmas song in January? Shouldn’t I shelve this ‘review’ for July this year? Well… simply put, I hadn’t heard much of Hillsong Worship’s Christmas album The Peace Project… and then I forgot all about this song. As I listened to Elle’s rendition of “Seasons” (I actually mistakenly thought it was an original!), I noticed that vague allusions to Christmas. And then I stopped and thought- should I wait to talk about this song, or not. And then I pondered over the rest of the lyrics. Namely the chorus. As Elle powerfully declares that ‘…I know, though the winter is long even richer, the harvest it brings, though my waiting prolongs even greater, Your promise for me like a seed, I believe that my season will come…’, we are met with a vulnerable admission of trust and surrender to Jesus, even though the timing of things that we want in our life aren’t in alignment with God’s timing. And as we come into 2021, and hopefully a better year where everything we hoped and dreamed can come into fruition… I realised that ‘writing’ about “Seasons” now is necessary. Even though it’s a ‘Christmas’ song. And that is that at the top of 2021, we all need to be reminded that every aspect of life is useful. Even the hard times, and even in the winter seasons. And that’s because they help us grow and that’s because they strengthen our faith, or love for each other, our resilience and our determination. No matter where we are in life, “Seasons” reminds us that the bad times only last a season. Thus we can hold on and rely on god knowing that the brighter days will come. What a comforting melody and an exquisite rendition of one of Hillsong Worship’s most underrated songs. And hats off to Elle and her team- you’ve done us all proud with this cover… and I can’t wait to hear what God has in store for you next!