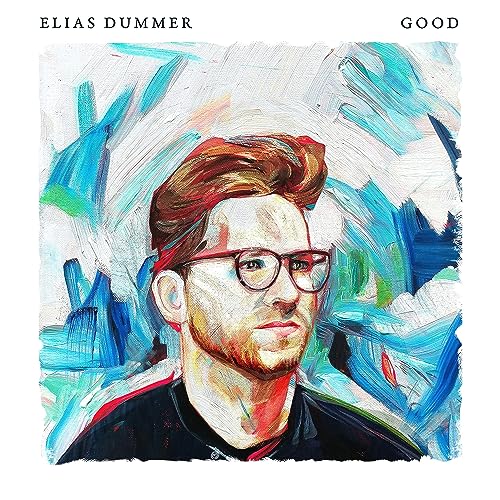 Do you often have this sense that an artist you had assumptions about is an artist that you found to be actually musically and lyrically quite profound. Imagine that you listened to an artist and thought they were not as grand or flash as others were making them out to be… and then they broke up and stepped away from music. And then you found out that they were actually pretty good when you rediscovered them when they stepped back into music? That’s how I feel with The City Harmonic and lead singer and now solo artist Elias Dummer. With the Canadian CCM/alternative rock group releasing a slew of smash hit singles as well as a number of pretty impressive albums all throughout the early-mid 2010’s (you can view their discography here!), these guys definitely slipped under the radar for me while they were active. Even after the group had long since split and Elias had released a solo album called The Work Vol. 1; I still hardly took notice. Sure we reviewed this album for our site, as well as The City Harmonic’s farewell live project… but that was Jon, and I myself didn’t really have an active inkling to listen to Elias’s solo music. Sure I’ve heard inspiring and powerful songs like “Mountaintop”, “It Feels Like Home”, “Manifesto”, “Holy (Wedding Day)”, “Honestly”, “A City On A Hill” and “Praise The Lord”, and sure perhaps “Enough” resonated with me to a certain extent… but it’s only this year that I have been actively listening to Elias Dummer’s solo material and revisiting some gems from this underappreciated Canadian group. Since I saw Elias’ new music video for “Good”, let’s just say that I was hooked.

“Good” is Elias’s second single off his upcoming new project The Rest Vol. 1, which is fitting as right now we’re all at home trying to rest during this quarantine. The other month I reviewed “Echoing Holy”- Elias’s first single, a track which resonated greatly with me… thus let me now direct your attention to the new album’s second official single “Good”. A pop/rock/worship/soul/gospel hybrid that works musically in every way, Elias should definitely be proud of this effort, as we are blessed to hear a worship song at it’s most vulnerable and personal. With Elias eloquently highlighting the ever true fact that God indeed is good at all times and especially when we are in the valley and can’t see Him at all; we are also reminded that ‘…Lord You never said that living would be easy, Lord You never said that trouble wouldn’t come, but I know that You said when I’m in trouble to believe You, so I’ll be here singing that my God is good…’. As we are presented with a track that would fit right at home on any Sunday morning church setlist; “Good” is a reflective yet impacting and impressive worship anthem that we can sing out at the top of our lungs, especially as we wait in eager anticipation for what Elias will deliver to us with The Rest Vol. 1. Thus let us until that time marvel at Elias Dummer’s song writing ability and worship leading ability- in both “Echoing Holy” and “Good”. And…let me tell you guys- The City Harmonic is actually a good worship band, and they’re heaps underrated. More than enough reason to check out their music! Pronto!