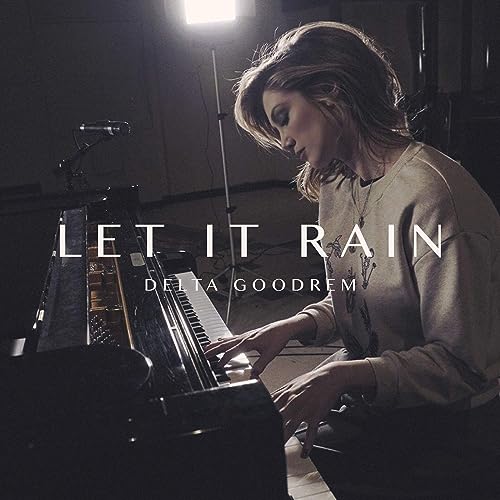 One of Australia’s ionic living active music legends, alongside heavyweights such as Guy Sebastian, Jessica Mauboy, Tina Arena, Johnny Farnham, Kasey Chambers, Jimmy Barnes, Olivia Newton-John, Missy Higgins and Shannon Noll; Delta Goodrem has wowed and warmed the hearts of many over the years. Releasing 5 albums and plenty of powerful and heartfelt singles, such as “In This Life”, “Believe Again”, “Dear Life”, “Sitting On Top Of The World”, “Innocent Eyes”, “Enough” and “Dancing With A Broken Heart”; this exquisite brilliant singer/songwriter has had quite the career- and I’m not going to delve deep into Delta’s discography and her inspiring melodies- as you can in fact read last year’s Momentous Mondays’ post from my brother Jon. However what I will say is this- that Delta has just released her most heartfelt, poignant and emotional track ever- one that you all need to listen to pronto!

If you’re an Aussie like myself, I’m sure you have experienced the raging and ravaging bushfires of 2019/2020 all across the country. If you haven’t you probably know someone who has had first hand experience, and furthermore if you haven’t heard about the fires at all…well I don’t know what to say, because no doubt you had to have- they’ve been all over the news. Plenty of celebrities have donated money to charity to help with the bushfires; and a 10 hour concert (headlined by Queen and Michael Buble) with proceeds going to bushfire relief will be broadcast live on Channel Seven on Sunday 16th February. There’s also an exhibition cricket match to be played on Saturday 8th February with retired players, celebrities who don’t play cricket as a profession, and women cricketers. Yet when you strip away all of the extracurricular activities, you are still left with homes and lives affected. But now Delta Goodrem had done her bit to make life a little easier on our fellow Australians- she has written a song called “Let It Rain”, with 100% of the proceeds of this song going directly to bushfire relief.

As with the previous song ‘review’ from today (“21 Years” by TobyMac), I reckon a rating and a review of “Let It Rain”- a powerful piano ballad that subtly could be viewed as a prayer and a cry out to God, asking Him to send literal rain as well as spiritual rain to our land; is pretty immaterial and insensitive to the people actually affected by this tragedy that is still going on. Because if I was actually rating this song, it could be seen as me endorsing the fires- which is something that I’m not supporting one iota. Believing that the fires are for the greater good of the world…I don’t think I could ever believe that. That said, this song is pretty powerful and hopeful and is the only silver lining of this horrible disaster. That and the fact that we can see the Aussie spirit on display for all to see, with the knowledge that we each all have our backs and our support no matter what. And while the world waits to see how this bushfire crisis will unfold, and the impact it will have on the entire world; let us while we hold our breath celebrate the small victories. Delta Goodrem has released an amazing single, and no doubt this track will be an anthem of Australia in the coming weeks and months. While we don’t know yet when Delta will release her next full-length album- one thing is for sure. And that is that if it’s full of songs along the calibre of “Let It Rain”, then we’ll be in for a treat! Well done Delta- I can’t wait to hear what’s next for you in the future!

Score: 5/5, but when it comes down to it, this track cannot be rated- why would you want to? The bushfires are so terrible- even though the song is emotional and beautifully sung!