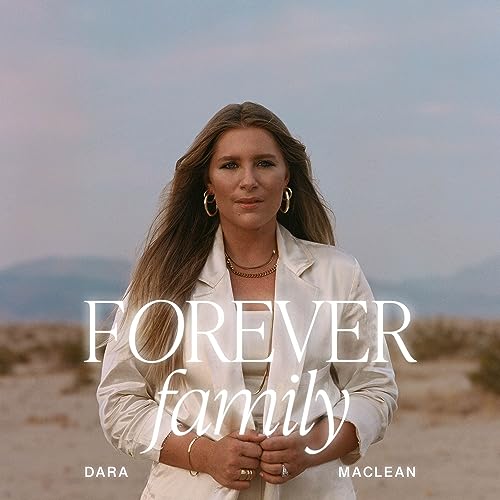 ‘…from her rise and success in the form of her 2011 debut You Got My Attention, to the 2013 follow-up Wanted that spawned the radio hits ‘Wanted’, ‘Our Only Hope’ and ‘Blameless’; soul-pop music artist Dara Maclean has been able to present to us heartfelt moments of encouragements across these two albums. While it has been 3 and a half years or so since Wanted, Dara nevertheless has released new material on March 31st, in the form of an Easter radio single “Ashes (feat. Chris McClarney)”. While at times I did wonder where Dara was and whether she was releasing any new solo music (like how I wondered what Mandisa was up to- until I realised that she is in the process of releasing her new album titled Out of the Dark in May 2017), Dara’s release is a reminder, that even though artists can take an extended break for whatever reason, the calibre of their music can be just as strong whenever the hiatus is over…’ This was the introduction for the review of ‘Ashes’ by Dara Maclean, way back in 2017, and aside from the fact that Dara’s releasing ‘Forever Family’ now instead of ‘Ashes’, the rest of the intro paragraph quote still stands. Just like how there was a 4 year break between ‘Ashes’ and her 2013 album Wanted, so too has there been an extended 4 year break between ‘Ashes’ and her new song, ‘Forever Family’. While it may still not be known what the reason was, that Dara took 4 years between songs; we are nevertheless reminded, that sometimes, artists step away for a bit, only to come back years later and deliver a song (or album), just as emotive, compelling, and poignant, compared to material they recorded prior. This is the same with Dara- her albums from 2011 and 2013 (You Got My Attention and Wanted respectively) are just as good now as they were way back in those particular years, and as we see Dara once again venturing into the realms of music with the release of ‘Forever Family’, we’re reminded once again that more often than not, any artist in music is never really ‘gone’ from anyone’s radar, and if Dara could make 4 year ‘comebacks’, and artists like Nichole Nordeman, Britt Nicole and Mandisa, can release new material after an extended time of ‘radio-silence’, then I guess anyone can. Dara’s new song just released a few days ago- part of a bigger project from her, coming either this year or early next year, and if this new song is any indication, then Dara’s upcoming release of songs, ought to be some of the most anticipated for the rest of the year (and leading into next year, too).

‘Forever Family’ comes to us in a way that reminds us of the camaraderie and friendship we can have, in a community of fellow believers in Christ, and that in a time where physical distancing in some countries around the world, seem to be still in force; this way of trying to connect with people so that we can feel less alone, is something that has been very paramount, especially during such a difficult time as this. ‘Forever Family’ is a great reminder of the family we have in Christ, and a powerful worshipful that we can declare alongside to, especially on Sunday mornings during times of corporate worship. While Dara’s not as popular now compared to the current popular CCM artists (artists like Francesca Battistelli, Leanna Crawford, Natalie Grant, Lydia Laird, Abby Robertson, Lauren Daigle, Mandisa, Kari Jobe, Riley Clemmons and Blanca, are much more ‘on-the-radar’ of both critics and fans alike), her music is still as emotive and heartfelt, and this new song is no different. With a powerful keyboard presence, Dara’s distinct vocals is what I reckon could be missing from CCM nowadays. There are certain vocals in CCM that are distinct, and just like how everyone knew (and still do) Mac Powell’s voice during the times of Third Day, so to I believe, everyone knew Dara’s voice, when she was popular. Regardless of her ‘fame’ nowadays, ‘Forever Family’ still reminds us of artists that can have the potential to make a comeback, even after years of inactivity. A great song for both individual and corporate worship, Dara’s comeback to music doesn’t go unnoticed. Here’s to more great hits for years to come…maybe a full-length album in the upcoming weeks and months ahead?

‘…Forever family is a worship offering for anyone who has ever felt second best, not good enough and anyone done striving for acceptance and approval. I pray this song is a daily revelation reminder, that we are eternally accepted and welcomed at the table as valued family members by our perfect parent God…’