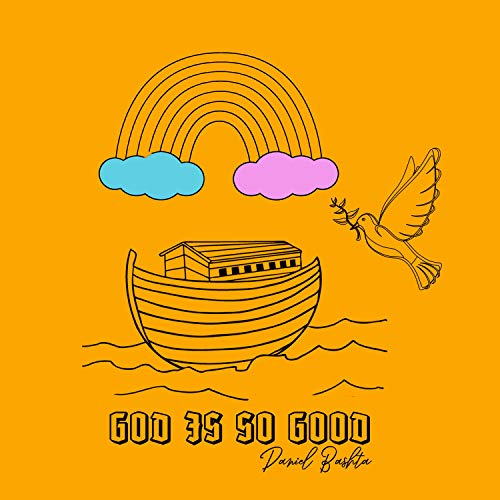 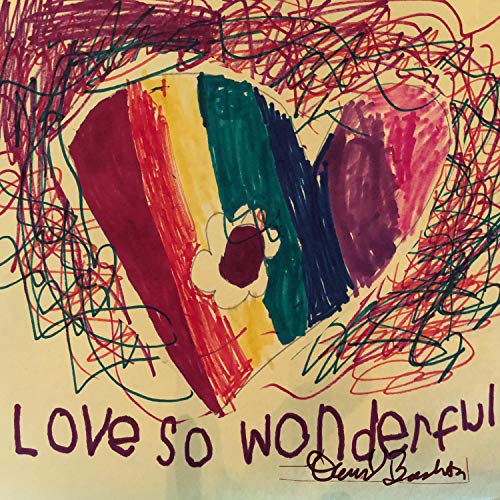 Everyone knows Daniel Bashta right? No? Know ‘God’s Not Dead’? Or is the song called ‘Like a Lion (God’s Not Dead)’? It is in this case where a song really has transcended the artist, as now, everyone that has heard ‘God’s Not Dead’ has attributed that song to Newsboys, even though they themselves never wrote it. Writer of ‘God’s Not Dead’ (a song that has been famously covered by both Newsboys and Crowder), New Orleans born Daniel Bashta has been now famous because of said hit, that has indeed circled the globe and has become to be one of worship music’s go to songs for Sunday morning worship services at this point in time. Yet, Daniel has since made a name for himself since the penning of the powerful hit- from The Sounds of Daniel Bashta and The Invisible, to his lesser known albums For Every Curse and the more recent live album My Resurrection. In much of what Daniel has undertaken, he’s always done so with a trend of using his distinct, powerful vocals coupled with the keyboard and powerful percussion, creating an atmosphere of a symphony or an orchestral sound, as this songwriter has fast become one of worship music’s best kept secrets. While many listeners may not know much of Daniel aside from his radio friendly hit, he’ll certainly be much more well known, as his latest two singles released this year, ‘God is So Good’ and ‘Love So Wonderful’, are now more harkening back to the radio friendly ‘God’s Not Dead’ days…which isn’t necessarily a bad thing. His distinct gruff, passionate and emphasising voice, similar to Mac Powell of Third Day- that type of distinctiveness, is what I reckon will continue to bring people in as they listen to what I reckon is perhaps one of today’s most underrated CCM/worship artists at the moment.

Released on September 10th and October 15th respectively, both ‘God is So Good’ and ‘Love So Wonderful’ feel like they can be on the radio. And that’s ok. An artist like Daniel Bashta who doesn’t really fit the norms of worship music and what it looks like, can be on the radio, even though much of his material before weren’t the type of music that radio marketability factors were looking for. Yet these two songs I’ve heard from Daniel are reminding me never to assume an artist has a certain style, because once you do, they’ll come out and surprise you with something you may not expect. And that was very true with these two releases. The first is a co-write and a recording of a Pat Barrett melody (I think both Daniel and Pat co-wrote the track), and while the chorus of ‘God is So Good’ sounds exactly the same as the chorus of ‘God, You’re So Good’ from Passion (they both borrowed the same ‘refrain’ line of a song written years ago, that has become public domain), the song itself is a reminder of the goodness of God and how nothing that can happen in this life that can waver this truth, that God is good to us, even if we don’t feel or even believe it. ‘Love So Wonderful’ is a hymn-like track and has a Beatles or even a Beach Boys anthemic hippy-ish ‘focus-on-love’ feel…which isn’t bad, it’s just that upon hearing this song for the first time, those were the visions that were going through my head. Nevertheless, ‘Love So Wonderful’ declares that God’s love is in fact wonderful, that whatever we are dealing with, we can bring it to Him and His love will shatter every lie we’ve believed into about ourselves and about Himself. A song about coming together and seeking unity, all in the name of wanting to pursue God’s love that is beneficial not only for us but for all mankind too; both these two songs continue to pave a way for Daniel and his music to become more popular in terms of current worship songs being popular at this very point in time!

While an artist like Daniel may not have been my first choice of worship artist when I do listen to worship music, his efforts on both these two songs shouldn’t be discounted as we hear one of today’s most innovative and emotive artists, especially after the critical acclaim he has received regarding the song ‘God’s Not Dead’. A certain purchase if you enjoy worship with an independent edge, similar that of artists like The Brilliance, John Mark McMillan, Gungor, Harvest Parker or Leeland, Daniel’s new release of both these tracks, ought to be listened to at least once, by anyone who loves music, period. With such enthusiasm and energy penetrating and oozing through each of these two songs, Daniel’s songwriting and skills are here to stay. Well done Daniel for both these two songs, can’t wait for a full length album coming either at the end of this year or early next year!