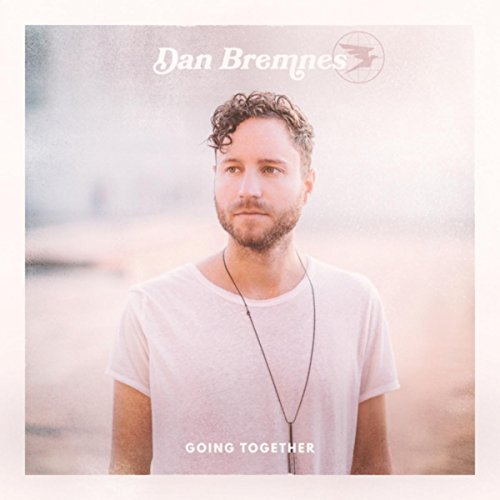 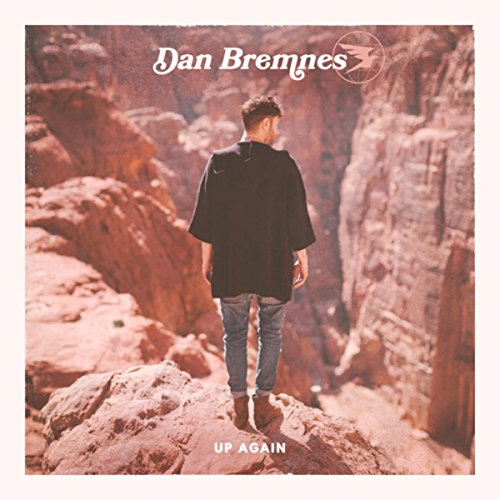 Dan Bremnes. What does this artist have in common with others like Hawk Nelson, Love & the Outcome, The City Harmonic, Matt Maher, Tim Neufeld, Starfield, Relient K, Manafest, Marc Martel, downhere and Amanda Cook? Yes, you guessed it, Dan is Canadian. And yes, good quality artists can come from outside the U S of A. No seriously, there is a whole different talent outside the U.S. and Dan here from Canada has delivered such quality in his debut album that he released in 2015 titled Where the Light Is when he signed to Sparrow Records (the album featuring his chart-topping hit single ‘Beautiful’). Fast forward three years or so and we see Dan sign to another major CCM label, Word Records. Two singles into his new album recording of Wherever I Go- releasing later on in 2018 (both his new songs ‘Up Again’ and ‘Going Together’ will be on the album), we see Dan deliver songs that have a positive message just like his songs from a few years ago, but also songs that can have more of a universal appeal, reminding us that a song doesn’t necessarily have to have the words ‘Jesus’ or ‘God’ there for Him to use it as He sees fit. In fact, I think it’s great that Dan’s songs of late are more ‘mainstream-y’, providing more of an uplifting alternative to whatever is currently on the radio right now. Yet, Dan still reminds us all that it is first and foremost God and the gospel, Christ and living the Christian life; ever the while expanding on his own musical horizons, one that has allowed him to release both ‘Going Together’ and ‘Up Again’, each that can impact people who love Christian music, mainstream music or both!

‘Going Together’ at the heart is a love song from Dan to his wife, reminding her of the adventure they are both on together which is marriage. It is a song that can be sung by couples, for couples, be a song that can help couples through difficult times, but maybe even more than that, it can be a reminder for people, not just couples, that the key of going through life is to go it together with the people we care about and love. It may not have to be spouses if we’re not married yet, it could be friends and family, but the takeaway message here is to not do life alone. And while the song draws upon Dan’s own personal experience of being married to his wife for around a decade or so, the song itself is very much relatable to anyone who wants to be reminded and encouraged to travel on this journey of life together with loved ones. As said by Dan himself, ‘…someone once told me, “Life is what you make it.” It’s a simple phrase, but that’s been our motto. In the last verse of the song I say, “I can see us when we’re older and moving a little slower with a life full of memories, yeah, we wouldn’t change a thing. And it might not come easy but the beauty is the mystery.” It’s easy for us to look at the future and say that there are so many unknowns. What should I do and where should I go? Make it an adventure. We’ve had the privilege of the last seven years really being an adventure. We’ve traveled to a lot of different countries and met a lot of different people, and that’s been our mission statement. Let’s make life exciting. God’s given us so many opportunities. Let’s step out. Let’s take a risk and do something together…’

And with that, there’s nothing much more to be said about ‘Going Together’. Only that it is a pure pop-CCM track and that’s ok. It doesn’t have to be that artistic or unique or powerfully eloquent- we have artists like Jason Gray, Jars of Clay, Andrew Peterson, Nichole Nordeman, Steven Curtis Chapman and JJ Heller for those things. No, Dan has to be himself, and ‘Going Together’ is such a result. And then his next result is ‘Up Again’, again another catchy super-pop melody that is only a tad below 3 minutes. Full of ‘ooohhhh’s and electronic percussion; ‘Up Again’ itself is a moment of motivation has this at-a-glance quasi-self-help song that can be initially assumed it is from face value, reminds us all to look deeper into a track before we make snap judgements. Which I did initially. Until I delved deeper within the track, and realised that this song is as much needed in a society like this than the newest worship song that is currently sung to death at church services right now!

It is when I realised the emotional attachment this song has to Dan especially that I can appreciate a song like this more and more, and as Dan relays to us all, ‘…music can be a really up and down journey, and I lost my mom a few years ago in a car accident. And I remember sitting in the writing room and just started writing a letter of what I would tell my mom. You know, when you’re down, you want to talk to your mom, no matter how old you are. But unfortunately, I can’t. So I just remember being really honest with the guys in the room and explaining what happened and how I was feeling. So then we just started writing the lyrics. And in the song, there is a callback of what she would probably say to me: “Sometimes you lose, sometimes you win. You can get up again.” And so for me, it was an emotional day writing that song. And it’s also encouraging because no matter how many times you fall, you can get up again…’ Knowing this track was kind of therapy for Dan in dealing with the loss of his mum, I am impressed at the universal reach of ‘Up Again’, and a poignancy that calls on each of us to get up again when the chips are down, when the odds are stacked against us and the devil is laughing in our faces. This is a song full of hope and positivity, and together with ‘Going Together’, allows for Dan to enter a new and exciting chapter in his career moving forward!

So there you have it, Dan Bremnes on a new label, and with two new songs. No seriously, check out his music, especially the songs ‘Beautiful’ and ‘Where the Light Is’ of a few years ago, and then hear these new songs that are from an album that is a unique and different, though still very valid, chapter that the Lord has continued to place Dan upon. While the songs are on a holistic view much more universal in nature and message, that doesn’t mean that the Lord doesn’t use it any less. Dan continues to be faithful to his God and family, and both these songs are testament to that. And if this album is anything like what these two songs are that we’ve heard these last few months, then we as listeners are in for a treat. Dan continues to impress, and is a must listen if you love acoustic-folk-CCM, Canadian artists, or both. Well done Dan for such powerful songs, can’t wait to the new album whenever it does arise this year!