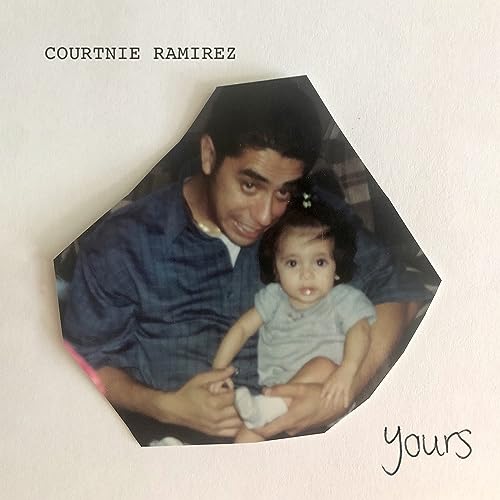 Gotee Records was a powerforce of a label, back in the day. With artists like Abandon Kansas, Aiyesha Woods, Capital Kings, B. Reith, FF5, GRITS, House of Heroes, John Reuben, The Katinas, Out of Eden, Relient K, Sarah Kelly, Sonicflood, Jamie Grace, Jennifer Knapp, Stephanie Smith and Morgan Harper Nichols all being associated and affiliated with the label in some shape or form, in years gone by, we see this label (owned by popular and influential singer-songwriter and ex-DC Talk member TobyMac) still around today. Though not a powerhouse as it once was, Gotee Records still is home to a fair number of established artists, like Finding Favour, Hollyn and Ryan Stevenson alongside newer artists like Aaron Cole, Cochren and Co., Terrian and Jon Reddick. As of August 2019, Gotee Records brought another artist into the fold- Courtnie Ramirez, of which I reviewed her debut single ‘Perfectly Loved’, as well as her follow-up single ‘Who We Are’ But here’s the thing: with one listen to Courtnie’s vocals, you can’t help but think that you are hearing a younger version of Riley Clemmons. Maybe I’m reading too much into the voice similarity, but nevertheless, the comparison is there- I don’t know if that will help or hinder Courtnie moving forward, but nevertheless, at this moment, the similarity to arguably one of CCM’s most aspiring new artists over the last few years, is a good, good thing. Since competing on The Voice US, a while back, Courtnie’s signing to Gotee Records has led to the release of two singles- ‘Perfectly Loved’ in 2019, and ‘Who We Are’ in 2020. Now in 2021, Courtnie has once again offered to us, another song of hope and encouragement- this time it’s a song in relation to Father’s Day, titled ‘Yours’.

Because of the timing of the release, I can see that this song is about Courtnie’s own father, and the respect, admiration and love that she has shown to him, declaring that she sees the love of Jesus shown through her earthly father, and how in our own lives, on a deep personal level, we recognise the love (or even the lack of it) given by our earthly dads, and thus extrapolate who we believe our heavenly Father really is, based upon what we see in our earthly Dads. If our physical father is less than loving, always abusive, and always perpetuating a shame culture, then we must think that God’s like that too, because in all honesty, don’t we always project who we believe God to be, because of the modelling (or lack thereof) of the love shown to us by our physical Dads? ‘Yours’ can hopefully encourage us to affirm good positive relationships with our fathers when we see them, but also be reminded that if our relationships with our dads are fractured in any way, that doesn’t mean that God is like what we see. Fathers are ultimately imperfect, and what we see isn’t always an actual determinant into what God’s love for His creation really is. Yes, there are some great loving relationships between parents and their kids, and in those scenarios, the love of Jesus really shines through. But what happens when dads display something contrary to what God wants people to see Him as? Hopefully, such a song as ‘Yours’ can remind us all that even if earthly relationships fail, we will still have a heavenly Father, loving us enough so as to enter creation as the 100% God 100% man Jesus, dying on the cross and rising again to save us all from an eternity of separation from Himself- that is love unconditional, and that ought to be what any father should do for their children, irrespective of whether they choose him or not. Well done Courtnie for this song in time for Father’s Day (in America), a day that is a positive experience to some, but often a time of healing and reconciliation and forgiveness for others. Looking forward to whatever is in store next…a full-length album in the future?