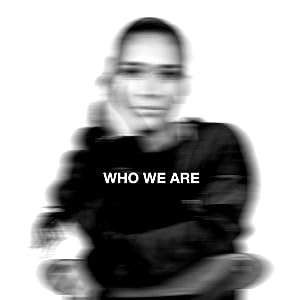 Courtnie Ramirez – Who We Are (Single) (Amazon mp3/iTunes)

Gotee Records was a powerforce of a label, back in the day. With artists like Abandon Kansas, Aiyesha Woods, Capital Kings, B. Reith, FF5, GRITS, House of Heroes, John Reuben, The Katinas, Out of Eden, Relient K, Sarah Kelly, Sonicflood, Jamie Grace and Morgan Harper Nichols all being associated and affiliated with the label in any way, in years gone past, we see this label (owned by popular and influential singer-songwriter and ex-DC Talk member TobyMac) still thriving today. Though not as powerhouse as it once was, Gotee Records still is home to a fair amount of established artists, like Finding Favour, Hollyn and Ryan Stevenson, alongside newer artists like Aaron Cole, Cochren and Co., Terrian and Jon Reddick. As of August 2019, Gotee Records brought another artist into the fold- Courtnie Ramirez, of which I reviewed her debut single ‘Perfectly Loved’ here. But here’s the thing: with one listen to Courtnie’s vocals, you can’t help but think that you are hearing Riley Clemmons. Pure and simple. Maybe I’m reading too much into the voice similarity, but nevertheless, the comparison is there- I don’t know if that will help or hinder Courtnie moving forward, but nevertheless, at this moment, the similarity to arguably one of CCM’s most aspiring new artists over the last year or so; is a good, good thing. Since competing on The Voice US a little while back, Courtnie has since been releasing covers of songs, like ‘What a Beautiful Name’ (Hillsong), alongside her signing to a ‘once prominent but still formidable’ label. I was impressed with what I heard on ‘Perfectly Loved’, and ‘Who We Are’ is no different.

‘…I want to write music, like how I would say it to someone. And I don’t want to be afraid of putting real situations into a song, like in “Who We Are.” The first line is, ‘There’s some things that I don’t like to talk about. There’s some things that I’d rather keep underground.’ It’s a very vulnerable song and it’s very real. But I also feel like the Lord has put in me, as a songwriter, to have that language, to not be afraid to be real with people, especially through music…I think I wrote my first song when I was 13. I know I was so young! It really amazed me how I was like, ‘I can write a song with my feelings and actually say something and maybe people listen,’ you know? So I feel like that passion really started developing when I was 13. And then when I got older, that passion just grew out of [going] through stuff that I feel like people are going through too, like insecurities and shame and maybe even image problems. I feel like I have a message to say and I know I’m not alone in this…’

Standing at a little over three and a half minutes, Courtnie has given to us 180+ seconds worth of why she is indeed one of 2019’s most surprising new artists to rear their heads in CCM thus far, and why together with new artists Cochren & Co., Jon Reddick and Terrain, is making Gotee what it once was before. Toby’s involvement in finding these artists and nurturing them (considering that he is indeed the CEO of Gotee, even though he himself is signed to ForeFront Records (a subsidiary of Capitol CMG), is nothing short of remarkable and impressive. Courtnie’s passion and heart for music and the effect music has on people is showcased very well through the songs she has delivered to us thus far- and with the message of her new song being something so simple, but still very much needed, that we are truly unconditionally loved by our heavenly Father- and that is who we are; we can’t help but champion her music in the upcoming months ahead- and yes, I’ve still likened her to Riley Clemmons, even after a few listens…and that isn’t going to change anytime soon.

‘…I feel like us as artists, we are really having to adapt to social media, which like I feel like we also have to be careful because it can be super tiring, you know? Honestly, I’m just trying to adapt. I mean, I’m so sad that I can’t like go and seek people and do shows and stuff and but I know that we’ll get there again. First of all, I’m just so excited for people to hear my new single…It is one thing that my mom has just taught me so much. That girl’s got so much wisdom that she has given me! She told me and encouraged me to reach out to people and hear their stories and hear what they go through and write a song about it. Write songs for them so they can have the anthem to when they’re too weak and feel tired and just ready to give up. Give them a song that will encourage them. So yes, I feel very passionate about really hearing what people need and what they need for their hearts for sure…’ It is in this quote by Courtnie herself that I am impressed at her articulateness and her sense of purpose and intentionality about her music career thus far. Courtnie is indeed a role model for a young generation, and after hearing this song, I am eager to see what occurs in terms of a longer project from Courtnie, whenever that happens- she’s going to keep making waves for years to come. Well done Courtnie for such a powerful song, and one of my favourites of the last few weeks. Can’t wait for the full-length, whenever that occurs.