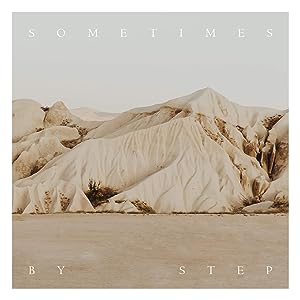 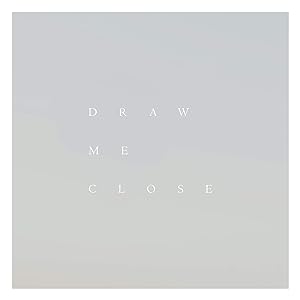 Shane & Shane are pretty much an enigma at this point. After releasing volumes upon volumes of The Worship Initiative in the form of cover worship songs over the years (of which you can view our reviews of these albums here), this duo once signed to Inpop Records, are such a duo that I heavily respect and admire, a duo that has become such a band that has delivered quality worship songs- covers, originals and in-between, that Shane Barnard and Shane Everett have created a brand for themselves that I have come to be reminded that songs, especially worship songs, supposed to be, and should, transcend the artist that was originally singing it, every time. And Shane & Shane, through their Worship Initiative movement and ministry, have done exactly that- remind us all that these artists are just vessels for these songs, be it songs from today, yesterday or even yesteryear, to take life and shape in a way that can be accessible to people who may not have had access to it, for whatever reason, in the past. The Worship Initiative and everything that has sprung to life from 2014 onward has been a big impact for me in my own life, and I’m sure people can say in their lives too. 21 Volumes of The Worship Initiative later, Shane & Shane are embarking on something new- an album titled Vintage, releasing July 10th 2020.

While the actual details of this new project hasn’t really fully come to light as of yet, in conjunction to this album announcement, songs ‘Sometimes By Step’ and ‘Draw Me Close’ have been unveiled subsequently- so I think it’s correct to carefully assume these two songs are to be on the new album. What is on the album is anyone’s guess- vintage songs these two men have grown up with over the years and are now given a ‘Shane & Shane’ treatment, songs that have an impact on Christian music or just music as a whole in the past, regardless of the songs and what is unveiled next week Friday- I do know this- that both ‘Draw Me Close’ and ‘Sometimes By Step’- both songs that have been instrumental in facilitating a heart of worship during the 1990s, do fit into this definition of ‘vintage’, and both these songs hopefully give us an idea of what both Shane’s are giving to us next week. It is a reminder of the timelessness of songs like these melodies from Rich Mullins and Kelly Carpenter respectively. I remember these two songs growing up, they’ve become a bit part of what I did during that time, who I was, and who I still am today. Songs that have shaped who I am right now came from the 1990s, and so it’s good to see one of the most well-known worship cover bands tackle songs from Rich and Kelly and place their own spin on it all. And even though I have no idea of what else is on Vintage, that doesn’t matter. I’m still excited for it.

Listening to ‘Draw Me Close’ and ‘Sometimes By Step’ have reminded me that music is so much more than the time period it was written in. Yes, songs were written around that time, often primarily for the people during that time, in mind; nevertheless, the thing about music is that it can travel across periods of time and space and impact a people group or a generation far removed from whence the song/album came. Shane & Shane’s new album Vintage will most likely consist of songs that have been standout melodies amongst the Christian community in years gone by, in a similar vein to The Katinas’ Timeless or Avalon’s Another Time Another Place. It is a reminder of songs that challenge and impact back then are still as relevant as ever, now. And if the new ‘covers’ album by the duo is as poignant/heartfelt as these two songs, then Vintage is certain to be one of my favourite albums when 2020 comes to an end. Well done for these two ‘pre-release’ songs in ‘Sometimes By Step’ and ‘Draw Me Close’. Looking forward to Vintage when it releases digitally next week.