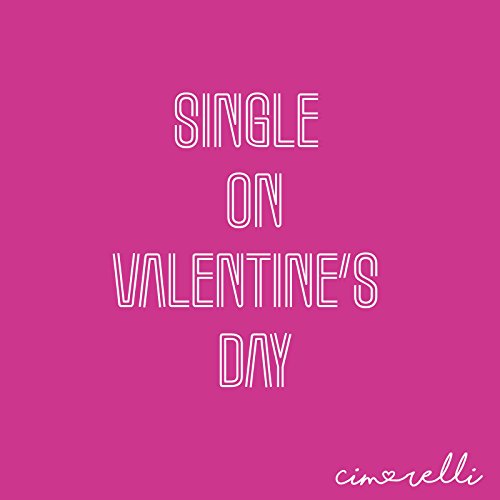 Everyone knows about Cimorelli. No, scrap that. Everyone who has been following the reviews that we post on 365DaysofInpsiringMedia.com knows that Cimorelli and their music has had a tremendous impact on our lives over the last year or so. Borne out of northern California and formed by six sisters, these young women who made the trek from California to Nashville not too long ago have been wowing us over the years with their ability to deliver powerful and emotive cover songs, as well as writing and recording originals, some of which have been very underrated over the years. Christina, Katherine, Lisa, Dani, Lauren and Amy have all reminded us to stay firm in the values that we have in this crazy world that we live in, being role models to specifically young girls and teens, but more toward the wider community of just young people who are trying to figure out their place in a world like we are in today. While each member of the band are strong in their Christian faith, let me tell you that this is not a Christian band per se- just one look at their discography of music and you know that they primarily delve into the genre of pop, with their second full length album Alive being a departure from their pop-country and indie-radio pop sound (evident on their first and third albums, Up at Night and Sad Girls Club respectively) as the girls used their musical platform to present what I reckon is perhaps one of my favourite underrated worship albums of the 2016/17 period.

Now fast forward to 2018. They have continued to amass a following, that has continued to grow further through the advent of a podcast not too long ago, along with them still uploading music videos of covers and original material each week. These 6 sisters are influencing the world through their online digital youtube presence, and while much of their fans of unveiled their own longings for them to tour for their albums (which they haven’t done on a regular basis since 2016), I’m sure that each of the sisters are content to where they believe God is calling them now for their ministry- on the internet at the moment. Which leads me to this review of sorts about their new original song that these young women have written and recorded not too long ago (early February 2018). ‘Single on Valentine’s Day’, solely written by Lisa Cimorelli (the third sister- in terms of age- in the band), paints a portrait of what life could feel like if we were single on such a ‘holiday’ as Valentine’s.

Now for me, I can definitely relate to this song. Sure I am a guy, but the fact of the matter remains, that for whatever reason, I am single, and have been for my entire life. Not really sure why, but that’s just how it is. And while I enjoy my individuality and such, I do often wonder- when am I gonna settle down and have a family…oh, first I have to have a significant other first to accomplish all my hopes and dreams in the family department. And then Cimorelli release ‘Single on Valentine’s Day’, and I’m reminded, again, of the state of life that I’m in. Not that I’m whinging, maybe I am, but what I will say is this about the song- ‘Single on Valentine’s Day’ is perhaps the only song out there that paints a realistic picture of what single people go through on such a holiday like this. And it is a reminder that in fact, there is a time and place for things, even being single. Sure Valentine’s Day is a nice day to express one’s love for another, but often, and I see it everywhere even with Christmas and Easter, Valentine’s is being more and more commercialised. It’s about the flowers and the cards, the big grandiose moments and the exclamations on the day itself, when in fact, we should show love and affection on every day of the year, rather than just one day. Same with Easter, and Christmas. In fact, dare I say it that it seems that it takes the holidays for us to turn around and be better people to our loved ones, when in fact, that ought to be what we should strive for on a continual daily basis?

Enough of my rant, you get the picture. ‘Single on Valentine’s Day’ has awakened something in me that I didn’t really know was there to begin with. Which is this- the holiday is fine, but if we’re only living to be nice on that day, and then to revert back to our normal selves the days afterward, then we’re missing the point. We shouldn’t really care whether we do have Valentine’s for that day or not, because, and I think I can paraphrase Proverbs 27, that states that a wife that is constantly on you back for whatever reason, that is nagging and wanting you to choose sides, is like a dripping tap. That it is better to live in solidarity, better to be single, to be single for your life, than to marry the wrong person and be stuck with them forever. And that I reckon is why I’m ok that I’m single and that it is well past Valentine’s Day. And while I may not have been in the past, I am reminded now that it is ok if things don’t happen right now. There’s a line in the song that Amy, Dani, Lauren, Lisa and Katherine declare (Christina is the only girl in the group that is engaged, and she makes it very clear in the song!), that ‘…hey, we should just give up now. if things were gonna change they would’ve gotten better by now…’, that really brings to the heart of what it means in this society to want to have things now, especially our love lives. But often it doesn’t work that way. And ‘Single on Valentine’s Day’, while the song doesn’t have every neat answer wrapped up in a bow, does deliver a discussion we all need to have about the future, significant others, and the pressure society puts on us to have loved ones right this instant, even if our own realities at the moment are far from that!

Nevertheless, Cimorelli are a unique band, and have created a song that I’m sure will resonate with a myriad of single people around the world, myself included. While the song doesn’t say anything about Jesus, it does make us wonder and ponder- am I asking the Lord to help me on the quest from singledom into the future, or am I doing this in my own strength. The journey from being single to being married is a long journey, and often it doesn’t happen right away because we as people need to learn a lot of things before such a time when we can be in a relationship and still be secure about who we are in the process. Cimorelli’s new song, though a quasi-bleak outlook on life for singles, is nevertheless a song that is needed to start the ball rolling about issues surrounding love, life, relationships and everything else in between. Well done Christina, Katherine, Lisa, Amy, Lauren and Dani for such a heart-warming yet equally confronting song. Can’t wait for more originally written songs about life, hope, faith and everything else in between in the future months and years ahead!