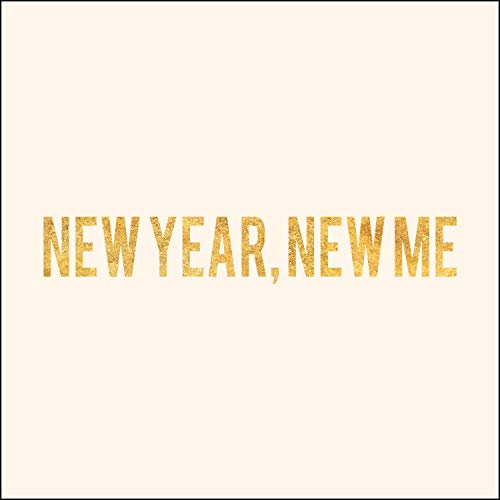 Cimorelli need no introduction, aside from the fact that this all-sister girl group is to be listened to by anyone who loves music…period. These Cimorelli sisters originally from California (but now residing in Nashville, Tennessee), have carved up a name for themselves when it comes to popular groups in and amongst the Youtube scene, and while this group of devoted young Christians are influencing the younger generation (through their many covers and original material they release at various points of the year via Youtube), it has been their transparency and consistency to provide content to us all on a weekly basis that give us an inside look into their lives as artists and influencers that currently make these young women arguably one of my favourite bands at the moment. Yes, one of my favourite bands at the moment! With the band already unveiling to us 10 EPs as well as 3 albums all since their rise to stardom way back in 2011; Christina, Katherine, Lisa, Amy, Lauren and Dani Cimorelli have reminded us that to be influential and impacting doesn’t have to require a label. In fact, often the artists that think outside the box and take the most impressive and calculated risks, inspiring and encouraging millions of listeners through their heartfelt music, are the independent artists, the ones that aren’t necessarily on-the-radar. Cimorelli is one of these artists, and a band that I thoroughly respect and admire ever since becoming a fan of theirs around a couple of years ago. Now in early 2019, upon the heels of their pop-relationship/summer EP I Love You Or Whatever, their wedding album Here’s To Us (consisting of a myriad of covers and original material to commemorate and celebrate eldest sister Christina’s wedding), as well as their Christmas EP Christmas Lights (not to mention the release of originally written singles ‘Thirst For Life’ and ‘Single on Valentine’s Day’!), Cimorelli are back at it again, this time with a single titled ‘New Year, New Me’, about, you guessed it, new years resolutions and what we ought to undertake and declare whenever a new year starts to rear its heard on January each and every year!

Who doesn’t love a good new year’s song? Many artists in the the past have tried to attribute the themes we’ve all felt during January, into song. Abandon’s ‘New Year’s Day’ alludes the starting of someone in the Christian walk of life as akin to starting off the new year- a fresh slate where goals are set with a mindset of anticipation and excited outlook, as the song reminds us all that light has pierced the darkness and that we can celebrate knowing that another year that comes is one of opportunity and triumph. Steven Curtis Chapman’s ‘Happy New Year’ comes from his Christmas album JOY, and tells us all to hold onto the promise, that the new year is another chance to ‘…catch a glimpse of what is coming true so happy New Year, happy New Year, the God who made everything is remaking everything, the God who made everything, He says I’m making all things new…’ Cimorelli’s song ‘New Year, New Me’ and its theme is similar to that of these two aforementioned tracks by Abandon and SCC, but Cimorelli’s spoken word/song takes the theme a little further. The sisters tackle the theme of new years resolutions, and with the humour and comedy in the song itself, we are reminded that often, we all can make lofty and even unrealistic goals and resolutions, so much so we often break them shortly after we make these declarations of resolve and determination. Nevertheless, we keep trying and trying every year, hoping that one year, we’ll stick by what we say. Cimorelli remind us that yes, it’s ok to make these resolutions, but often, we need to understand that we live in a place called ‘real life’, and often, these resolutions may need to be broken, for whatever reason.

If anyone has ever made a resolution at the beginning of the year, and has in fact stuck through with it, then this song is definitely not for you. Otherwise, Cimorelli’s ‘New Year, New Me’ is as applicable as it is and should be, to anyone who hears it. The new year is a time to start over, but rather, it is also the time to accept the things we can’t control, or the things we know we’re not good at from observation of the previous year. It is a year to set goals; but set realistic ones. To understand that even if we break some resoultions, it’s ok. It is in these lines that the song declares, where we as listeners need to find freedom- ‘…I guess I made a mountain out of a molehill, we seem to do this every year, it’s great to set goals but we’ve gotta remember every day’s a good day to conquer your fears…’ We, as humans, tend to be hard on ourselves, it’s just how it is. Even if we can graciously accept the forgiveness and grace others (and even God) give to us when we falter and stumble, to forgive ourselves can seem like a different story. Yet such a song like this new one from Cimorelli encourages us to take stock; and understand that the goal we set ought not to be lofty or grand as we look to the left or the right, but rather, it should be a goal where we’ll know we’ve done better compared to years previously. Sure, there’ll just be things in our lives where we’re better at undertaking than other things, that’s just how we’re wired- we’re talented and gifted at things that others aren’t and vice versa. ‘New Year, New Me’ pits the challenge not against other people, but against ourselves- you and me! It is when we realise this fact that we can truly run our race, not looking left or right but focusing on our goals right in front of us, understanding that it is our Father in Heaven that gives us confidence and stamina to see our resolutions until completion, throughout the year of 2019.

‘New Year New Me’, though released at the end of 2018 (December 23rd), is nevertheless a perfect way to start off 2019, and with Cimorelli once again proving that they are just as good writing original material as they are creating their own cover versions of popular songs, we are again met with the lyrical prowess of Lisa Cimorelli (the sister in the band who wrote the song). As we venture into this year with all these goals and wishes, hopes and dreams, let us use Cimorelli’s ‘New Year, New Me’ as a reminder to always do our best, but never be too hard on ourselves if what we plan for us seem to take a u-turn. And even though the band themselves are still not as popular now as they were when they were signed on a major label around 5 years ago, what Cimorelli are undertaking currently is music full of vulnerability and intentionality, freeing themselves as they focus on delivering content that is fun-filled as well as emotive, songs which have more of a deeper meaning than the songs currently in radio rotation at the moment on mainstream radio. Cimorelli aren’t played much on radio, and maybe that’s a good thing. But what would I know? Listen to ‘New Year, New Me’, listen to the remainder of their music discography, and let us all know your thoughts. This is a band destined to be impactful and encouraging, even if they don’t have all the awards and accolades to prove it. Well done Cimorelli for such a poignant yet equally fun and whimsical melody about the tension within ourselves about this notion and idea called ‘new years resolutions’. Can’t wait to whatever the new EP/album/single is, in the future!