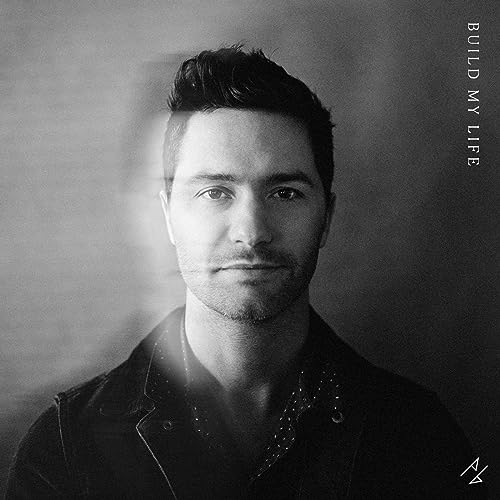 ‘Build My Life’ is not a new song. We may think that it is, because of the radio marketability it has been receiving right about now, being the next official single from Pat Barrett’s album, after ‘The Way’ (and thus being a certain shoe-in on WOW Hits 2020), but in reality, ‘Build My Life’ isn’t new. Originally written by Pat Barrett and a few of his Housefire friends, it was recorded and placed on Housefire’s 2016 album, and also once again recorded by co-writer Brett Younker on the annual Passion album Worthy of Your Name. Singer-songwriter and worship artist Christy Nockels also did a rendition of the song (and I have since reviewed that on the site here), and then afterwards, we see another recording of the track, this time as a studio version placed on Pat Barrett’s solo album that released mid last year. And now to see an EP titled Build My Life, with 4 renditions of the song, we think that it is new…when it isn’t. Nevertheless, the song is still powerful, and I myself have been saying so for years. Featuring a radio version of the song, the original recording of the song, as well as live renditions and a collaboration with Cory Asbury (of ‘Reckless Love’ fame); this is a must to listen to if you are a fan of this track, a fan of modern worship music, or just a fan of music. Sure, the song should’ve blown up and caught on to radio a few years ago, but nevertheless, it is great to see radio stations picking up the song now…better late than never, I say. For such a song like this is rooted very much in Scripture, as we are met with arguably one of Pat Barrett’s best work, ever (and arguably my favourite song from his debut album).

Since starting this review, I’ve struggled about what to even say about a song that speaks for itself. How to I talk up an already great track and encourage people to hear a song that will hopefully change their life? And then I think- I’ve already reviewed the song a couple or so years ago. And so to quote the review of Christy Nockels’ rendition of the song, verbatim; ‘…‘Build My Life’ presents this message- that as Christians, we ought to build our lives upon the rock that never fails, and it ought not be a chore or duty, but rather out of our love for Him and understanding fully what He has done for us, our own natural response is to place everything we have, be it hopes, dreams, failure, uncertainties, everything on Him and rely on Him only for our source of hope, comfort, assurance and understanding. God is above anything and anyone, but is also intimate with each of us as well. That revelation ought to stir us up to praise Him all the more…’ To build our lives upon and around a central thing, let alone Jesus Himself, takes courage, guts, determination and a realisation of what He has indeed done for us to even be considered coming back to Him. Christ’s sacrifice doesn’t come cheap, and thus, a life devoted to Him ought to be out of our own very hearts, rather than what can be expected of us if we’ve grown up in Western Christian culture.

‘Build My Life’ is a song not to be sung lightly, as we delve into the words that can hopefully open up our very notions and preconceived ideas of what we believe the Christian life looks like and what it should look like when people see us living for Christ. I’m a firm believer of singing what we believe, and often get upset and even confused at mainstream media for delivering music that isn’t even worth singing about. And so ‘Build My Life’ is a song that challenges, and hopefully encourages us all to sing from the parts of ourselves where we believe the words to be true, even if we may not feel it at the time of singing. God’s love is true and central that it goes beyong feelings. Pat’s song is one of comfort but also of action too. Well done to Pat for all your renditions of the song, I expect to see ‘Build My Life (feat. Cory Asbury)’ on WOW Hits 2020; placed on the compilation as it rightfully deserves to be.