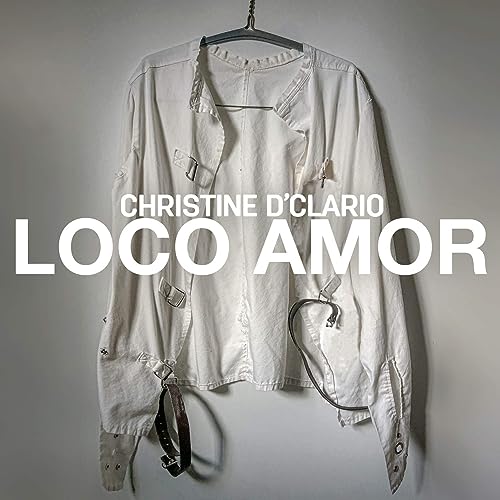 Produced by Paul Mabury, mixed by Dustin Burnett, and containing worship covers from Israel Houghton, Daniel Bashta and Desperation Band; Spanish recording artist Christine D’Clario’s debut English album on Integrity Music is a joy and a pleasure to listen to. A true worshipper at heart, Christine holds nothing back in this album worthy of a Dove Nomination. I didn’t really know what to expect musically and lyrically when I first listened to this album, and I guess it’s good to have no expectations on a relatively new artists’, because Christine’s sublime and soothing voice and thorough lyrics based on Biblical truths, and heart for Jesus, impressed me very much, with a passion akin to Kim Walker Smith. Standing out amongst other worship albums this year like Kim Walker Smith’s Still Believe, Chris Tomlin’s Burning Lights and Meredith Andrews’ Worth It All, and also brilliantly crafting masterpieces with the global church at the forefront of her mind; Christine’s intense fervour and dedication to singing about Jesus and His Love for us, is evident all throughout this 50 minute musically exquisite and lyrically strong and unique  experience, from the very first syllable of the upbeat “Reign” to the ending note of “Your Presence Is Heaven”. I’ll definitely be on the lookout for her sophomore English album. Here are the reasons why you should too!

Taken verbatim from my review of worship artist Christine D’Clario’s English debut project Deeper in 2013 (from Christian Music Zine, which is now defunct!); let me just say that Deeper was, and still is to this day- a near-flawless and beautifully crafted album- one that has me lifting my hands in praise to the Almighty, and one that has me prayerfully down on my knees also. It’s an album that should’ve persuaded me to delve into Christine’s Spanish albums sadly, this didn’t happen, even though I did l love Mas Profundo– although that may have been because of me already knowing the English versions of these songs. Well now… it’s take two everyone! This past week Christine, who is still creating Spanish albums at a consistent level, yet is now releasing music independently; dropped her brand new EP Loco Amor– a ‘single’ of sorts, as she delivers to us 4 versions of her brand new song- the worshipful and inspiring “Crazy Love”. Sung in Spanish, English, Portuguese and a combination of English and Spanish; the piano prominent explosive power ballad/worship anthem is I reckon the next “Reckless Love”- maybe not in terms of popularity, but definitely in terms of lyrical similarity. As Christine passionately imparts to us that God’s love for us is so unbridled, and so childlike if you will- outsiders would say that it’s crazy or reckless; she reminds us eloquently that there’s no one on earth who could ever separate us from the love of our Father and Maker and Friend, and that ‘…there’s nothing that can change it, Your love, Your love, there’s no one that could tame it, this crazy love, oh, what could separate us, from Your love, Your love? This crazy love…’. Vocally reminding me of the power of Natalie Grant; Christine’s first English release in 7 years, as well as the companion Spanish and Portuguese versions, has indeed reinvigorated my interest for worship anthems sung in languages other than English.

I know it’s a cliché statement to say that God moves beyond language barriers but in this case it’s so true! I myself studied Spanish in high school but the last time I’ve heard it in a in depth conversation and the last time I spoke the language was over ten years ago- so listening to Loco Amor was just as foreign to me as… any other language other than English. But in light of listening to “Crazy Love” first”, the remaining three versions are a Godsend, as this compelling, emotional, honest and personal melody is one of the most passionate, reverent and reflective songs that I have heard all year! For a song that’s sung in a language that Christine probably hasn’t sung in, in probably 7 years; Christine D’Clario has impressed me very much. You would be forgiven to think that she is a veteran in recording English albums- but she’s not. But seeing that this is her sophomore effort, you’d be willing to bet that a 2nd English album is on the way pretty soon. Yet even if it isn’t, and this track is a stand alone single… then I am sure that God will use Christine in music nonetheless. One of my standout worship songs this year alongside “The Blessing” and “Run To The Father”; Christine invites us into a deeper relationship and communion with God, and a deeper look into Christine’s heart for Jesus, which is very servant-like. No doubt, you won’t be disappointed with this release- worship leaders just may find their song to introduce for Sunday’s service. Well done Christine, you’ve done the world and yourself proud! So everyone let’s dive in and proclaim that God’s love is crazy for us beyond all understanding and comprehension.