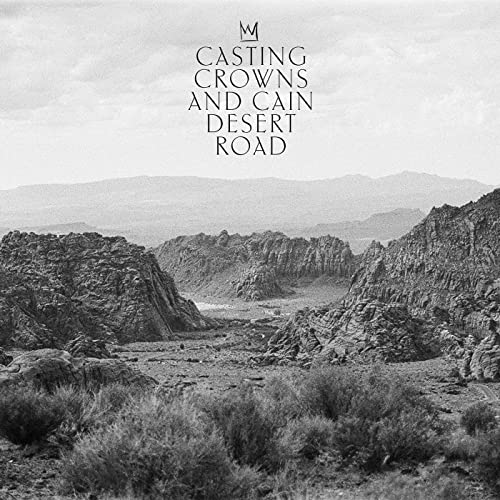 If there’s a singer, a songwriter and someone in the CCM industry who has gone through hard trials, without question the lowest of lows, and has come through the other side somewhat relatively unscathed- it’s probably Mark Hall of Casting Crowns. The band has been around for a very long time, with their 2003 self-titled debut marking plenty more albums and hits, as well as awards and accolades- and with each listener and critic praising the 7-piece worship/pop/CCM band, Casting Crowns takes it all in their stride. Unassuming in the delivery of their songs (I don’t think they care very much for the flash, the big nor the grandiose!), it’s not really the music that they’ll be remember for so much, but it’s the lyrics. Biblical lyrics rooted in spiritual truth about a God who loves and adores us for all eternity. And about practical things that we can do in our daily walk with God so that we can stay closer to Him. Casting Crowns, for all their good songs such as “Who Am I?”, “Voice Of Truth”, “If We Are The Body”, “Praise You In The Storm”, “Lifesong”, “Slow Fade”, “East To West”, “Until The Whole World Hears”, “Glorious Day”, “Courageous”, “Jesus Friend Of Sinners”, “Thrive”, “All You’ve Ever Wanted”, “Just Be Held”, “Oh My Soul”, “One Step Away”, “Only Jesus”, “Nobody”, “One Awkward Moment”, “Scars In Heaven”, and “The Power Of The Cross” to name a few; are still doing this artist and music thing as part-time. As in travelling musicians in the middle of the week and as youth pastors on Fridays and the weekend. And that’s…quite remarkable, that they can keep going at this pace, and be full time youth pastors at all of their respective churches, yet still churn out high quality albums. But if that doesn’t wow you, then I’d have to say that their latest album Healer (Deluxe) will. We reviewed the album here, so take a read at your own pace if you want to.

For the band, I’d have to say that The Very Next Thing from 2016, was probably, and still is probably going to be the most personal of the band’s career, in that the bulk of the songs were written and recorded in light of Mark Hall’s cancer diagnosis. We reviewed the album here, and we concluded that there was this honesty and vulnerability there that isn’t present in many other Casting Crowns’ albums. Later on in 2018, we also reviewed Only Jesus; and Only Jesus has a kind of fearlessness to it overall, and a sense of ‘ok, we know where God is leading us, so what do we do now, and what are the things God is telling me to do in our lives to get to where He wants us to go?’ Mark was literally teetering on the edge of death- and he could have died at any moment, so I guess the boldness and courage displayed in that album was warranted. Mark has got a new lease on life, so why not use it actively to spread the gospel more and more? Only Jesus is the culmination of possibly the most difficult two years to song-write…for Mark at least. In the end, I personally was so touched by the album- and I find it as transparent and as hopeful, powerful and inspiring as my favourite Casting Crowns album of all- The Altar And The Door, which is a perfect Casting Crowns album in my mind.

But we’re not here to rehash the past, no matter how brilliant and exquisite Casting Crowns’ albums are. There’s always Jon’s blog about the group for you all to read if you want a deep dive into the history of the group and how the group has influenced us in our walk with Jesus. We’re here instead, to speak about Casting Crowns’ latest single “Desert Road”. Yes, I know, I know, I wrote about this song in depth in my review of Healer (Deluxe), while Jon already wrote about “Desert Road” in his review of their 7-track mini album in January last year. And yes… it’s true. But since that time, the group have rounded up sibling country/gospel/CCM trio CAIN on guest vocals- and have since breathed new life into this song. We’ve reviewed CAIN’s debut album here, and this unique, poignant, and powerful pop/CCM/country group are one of the most exciting CCM bands out there since for KING & COUNTRY!

Like Jon, I’ve been tremendously blessed and impacted by Casting Crowns– and Mark Hall & co. are one of my favourite Christian bands out there, ever…alongside others like Tenth Avenue North, Switchfoot, Skillet and for KING & COUNTRY, to name a few. Even though the music is standard CCM, as Casting Crowns write music that is primarily radio friendly and accessible to the average joe person; it is the lyrics that astound and amaze me deeply- these guys carefully craft some of Christian music’s most emotive and poignant lyrics. In essence and to put it bluntly; lyrically- the band is top notch, with all of the lyrics grounded in the Word of God, and reminding us of the qualities of God and who we are in light of that. And so, with all that pre-amble, I can’t think of a better way to kick off 2023 (in terms of ‘single reviews’) than to go deeper into “Desert Road”, particularly when CAIN and Casting Crowns sing together quite powerfully together and beautifully in harmony. All in all, “Desert Road” and Healer (Deluxe) by extension, doesn’t reinvent the wheel musically, or even lyrically. But it does present to us what we all know- solid biblical lyrics from a band that is revolutionary within CCM. Casting Crowns are here to stay, and although they haven’t released my favourite album, they do still remind us of the need for songs that are overt about Jesus, and songs that are full of passion, heart and love for our Almighty Father and Friend.

As I’ve mentioned in my previous review, “Desert Road”, co-written with Matthew West and Nichole Nordeman, is a moment of clarity and surrender- as Mark speaks about being on a proverbial ‘desert road’, like we all have been on at times. In the song, Mark then realises that even though he didn’t want to be wandering in the ‘wilderness’, he needed to be there because God showed Him things about the world, others and himself that needed to be shown at the time, for him to grow and understand and appreciate things from another perspective. “Desert Road” is a song that may be tough for us to sing while we’re in the midst of our pain, suffering and trials; however, it is a song that becomes clearer once we’re out of the wilderness and the wandering. And as CAIN injects fresh vitality in this track, we are presented with a heartfelt, much-needed CCM/pop track that is sure to be one of the most inspiring Casting Crowns songs ever!

With nothing much more to say about this compelling and deeply impacting single (and latest album!) than what I’ve outlined already (except to say that Healer (Deluxe) just eclipses Only Jesus and is second to The Altar And The Door as my favourite Casting Crowns album ever!); let me say that songs like the title track, “Scars In Heaven”, “Anything But Easy” and “I’m Still Out Here”, are some of my favourite songs on the album. And now, “Desert Road” is a favourite of mine as well. As this most recent album is the band’s first album in 4 years, the project proves why Casting Crowns will be around for a long time yet, and why they have stayed as long as they have as a band together. So what is next for the group? As long as Mark is alive and cancer free like he has been for years…it’s new music. And tours and growing the kingdom. But for the near future, it’s ensuring anyone with hears to listen becomes immersed in these heartfelt 14 tracks. So, what are you guys waiting for? Let us hear Mark speak the truth in love, and be reminded that we need the Healer more than the healing. Don’t you think that’s a good idea? Let us also remember that sometimes we need to be on the desert road, even more than we want to.