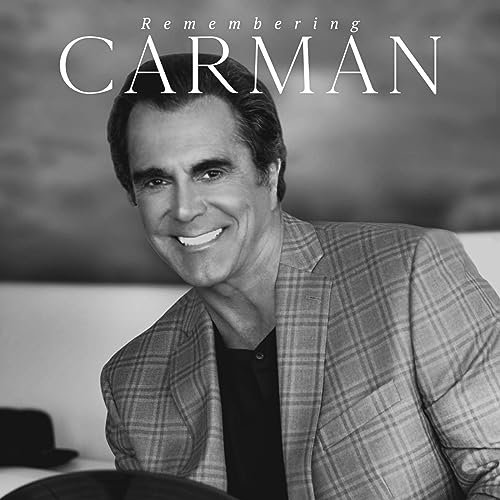 Carman passed away this year in February. That’s a heavy way to start off a ‘review’, but this is not really a review. It’s an appreciation post about an artist who has perhaps influenced my own spiritual life the most within the last 30 years or so. Since hearing this CCM pop artist all those years ago when I was growing up, I was able to become grouded spiritually in the Word of God, primarily because of the songs of Carman, and now looking back on my own childhood, I’m able to become appreciative with everything my parents delivered to me out of their own way of preparing me to become knowledgeable about Christ on my own. Through songs like ‘Great God’, ‘Radically Saved’, ‘There is A God’, ‘My Story’, ‘Bless the Name of Jesus’, ‘Jesus is the Lamb’ and ‘7 Ways 2 Praise’; Carman’s ministry of songs that stretched the boundaries of CCM, became a pivotal moment in my own life as I grew up in the 1990s listening to his music (and later on during that decade, and into the next one, I branched out into hearing artists like Delirious?, Steven Curtis Chapman, Steve Grace, Chris Tomlin, Tim Hughes, Rebecca St. James and Michael W. Smith). Now in 2021, Carman’s with us no more. You can read about his death in articles like Christianity Today and CBN.com, and this ‘review’ won’t really talk about his death and make that a forefront, but what this ‘review’ would say is this- that in his 65 years of life, Carman’s ministry has been heartfelt, emotive, powerful and compelling, and albums like The Standard, Mission 3:16, R.I.O.T., Revival in the Land, Addicted to Jesus and Carman Live: Radically Saved all were the backbone of his music career that spanned the 1980s and 1990s, then into the 2000s and beyond.

While Carman’s life is not without drama and perspective (Carman’s life came to a grinding halt in 2013 with the diagnosis of multiple myeloma in 2013, he subsequently was in remission in 2014, and released No Plan B that year too), Carman’s legacy is his songs, and there’s been a lot of them over the years. And in the wake of Carman’s death, there’s been a new compilation album released, titled Remembering Carman. Standing at 50 tracks, there’s a lot to say about this album, and whether this album is in fact a one-stop shop for everything Carman (frankly, the album only gives a small glimpse into Carman during the late 1990s, presenting songs from the albums The Standard, Passion For Praise, Mission 3:16, R.I.O.T. and I Surrender All, and doesn’t focus on albums pre-The Standard, or post-Passion For Praise). Remembering Carman is good if any one of those five aforementioned Carman albums were your favourite, but if you just want a best-of project that tries to encompass a lot more of Carman’s discography, then maybe check out the albums The Absolute Best, Heart of a Champion, Anthems of a Champion and Legacy, even before this album. Nevertheless, in the age of digital media and spotify, this album is seemingly redundant and obsolete, and maybe, what could’ve been better to bring appeal to Remembering Carman, would be to include more current (and older) songs on the album…50 songs, and there’s no sight of songs like ‘Lazarus Come Forth’, ‘Addicted to Jesus’, ‘1955’, ‘The Champion’, ‘Revival in the Land’, ‘I’ve Been Delivered’, ‘Sunday’s On the Way’, ‘Jericho: Shout of Victory’, ‘Never Be’, ‘Satan Bite the Dust’, ‘The Courtroom’ and ‘A Witches Invitation’? Remembering Carman is a good reminder of Carman’s ministry, but if you want to be technical, then there are plenty of other best-of projects out there that are really, really better, or you can just make a playlist on Spotify yourself. Remembering Carman is a good album, except it’s an album that has a narrow focus- shouldn’t an album that has the title Remembering Carman encompass his whole career instead of just a snippet? Carman will surely be missed, but Remembering Carman, with all of its good bits, isn’t the definitive best-of album as I initially thought it could’ve been.

Nevertheless, this album still brings me a lot of nostalgia, and is perfect for any Carman die hard fan (like myself). But for a newbie? Maybe check out the albums Heart of a Champion and The Absolute Best first, or maybe even listen to the full-length studio albums RIOT, Addicted 2 Jesus, and Revival in the Land straight through. Carman is definitely a one-in-a-million artist, and his ministry is a reminder that this little kid from Trenton, New Jersey, is in fact one of CCM’s most impactful and influential in all of Christian music history. Well done Carman for fighting the good fight. Praying and hoping that Remembering Carman and its 50 songs will encourage and inspire us all, and hopefully bring in new listeners of arguably one of the most musically unique and lyrically ingenious artists of his time, period!

10 songs to listen to: People of God, Mission 3:16, God is Exalted, R.I.O.T., Who’s in the House, Sunday School Rock, I Got the Joy, Radically Saved, Serve the Lord, No Monsters