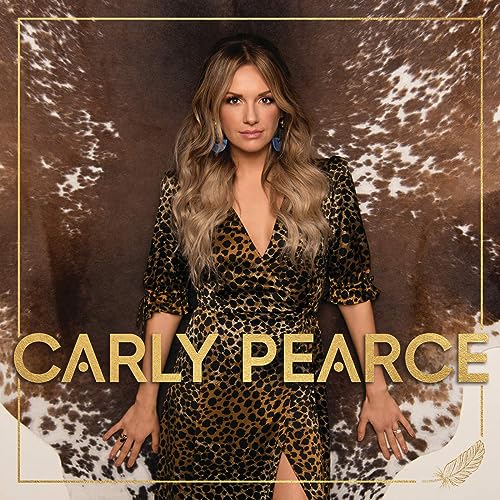 With 2020 almost being a write-off, depending on your viewpoint and perspective of what the rest of the year could entail; some of us are already wishing that it was 2021 already. And I totally get it. I mean, with COVID-19, the continuous protests in response to the murder of George Floyd, as well as natural disasters inclusive of the Australian bushfires in January and February; we all sure have been put through the ringer a few times- more so that we probably would normally be put through in a given year. Some of us would like to forget that this year even happened… and I get that. However what COVID-19 and being in quarantine and lockdown have taught me (well it’s more like what God has taught me!) is that we all need to slow down and just stop worrying about things we have no control over. God our Father, Saviour and Protector is in control, so why do we think we could step into the driver’s seat and assert that we could do any better? yet why is this the year that we need to slow down? Shouldn’t we want to fast forward til when things are back to ‘normal’?

Well I guess the answer is that even in the midst of trials and suffering, God is still speaking, and we can learn something. We can learn something that will encourage us and inspire us in the midst of COVID-19; and if we wish the year away, we won’t be able to experience that. for I myself have been blessed and inspired throughout lockdown through the discovery of new artists and music genres I wouldn’t even have dreamed of immersing myself into prior to this year. And I don’t know about you, about what you have learnt about yourself or someone else during quarantine and lockdown; but what I have found is that the country music genre isn’t as bad or as cringy as I originally thought that it’d be. Case in point is Carly Pearce’s sophomore album, her self-titled album Carly Pearce.

Now I don’t know a thing about Carly, her upbringing, how she got into music, her backstory, her musical influences and everything else that Wikipedia tells us. And as of right now I haven’t checked and haven’t read extensively up on her. How I was introduced to her music is a funny story though- on my Youtube home page one day, one of her songs from Carly Pearce showed up as an audio slide- maybe because I was listening to one of the country artists on Youtube as I was blogging. I think it was Lindsay Ell and around a few weeks ago. Regardless of who I was listening to at the time prior to Carly, and regardless of when it was; once I started listening to Carly’s music (I think the first song I heard was “Closer To You”!), I binged listened to the entire 2020 album. And now I’ve decided to voice my thoughts here right now because… well, why not? I know that we’ve reviewed predominately Christian albums in the past, but just take a read of our reviews now! We’ve branched out of late somewhat (cause I’m now of the belief that God can and will use anything to glorify His name and for our good!); and now let’s dive in to hear what Carly has to say about life, love, loss and everything else in between.

They say that country artists are probably one of the most real and honest types of artists. I’m not sure where I’ve heard that from- but this statement, which I could’ve just made up right now, is definitely true of Carly’s self-titled album- one of the most honest and vulnerable I’ve heard all year. Album opener “Closer To You” is as poppy as they come, as Carly eloquently sings about a potential relationship and how all the persona wants to do is to be closer to them- this song is extremely radio friendly and a track that we can move to, but more importantly Carly relays to us the importance of having relationships with others and being around people so that we’re not alone. Why do we want to be closer to people? So that our feelings of loneliness can be masked. Yet what this song has shown me is that humans crave real connection and will grab onto it no matter the form, and no matter if it is toxic or not. And though not explicitly stated, what the album opener reminds me is of the love Jesus has for us- a real kind of love that never fails. So was we listen to “Closer To You”, let us ask ourselves- who do we want to get close to, and why? Why don’t we start with getting closer to Jesus, and then the other relationships will fall into place according to His will!

The rest of the album carries on with the theme of love and figuring out what it is in its most basic and purest form. “Call Me” is a slower-tempoed country inspired tune that is essentially a booty call, in the most crudest description, yet is also a warning for us, asking us as to whether a one night stand is the right way to go whenever we feel sad and despondent; while “I Hope You’re Happy Now”, a stirring duet with Lee Brice and written with rising country star Luke Coombs, depicts a broken relationship and the persona wishing her ex happiness and fulfilment in this life, reminding us all that relationships do in fact break down- that’s a part of life- but it’s our outlook afterwards and how we treat people afterwards that determines if we’ve grown from the experience or not.

“Dashboard Jesus”, a lyrical and thematical sequel to “Jesus Take The Wheel” from Carrie Underwood all those years ago, highlights the admirable quality of determination and perseverance, and a sense of knowing what you want even when the whole world wants you to quit, as this song is semi-autobiographical and speaks about the determination of Carly to make it in a still male dominated industry; while the emotional and acoustic guitar led “Halfway Home” is probably the most personal and honest track on the album- as Carly admits that she hasn’t been feeling love for her significant other for a while now. As Carly relays that ‘…halfway right doesn’t make it right, halfway wrong is still wrong, half of me is with you here tonight, and half of me is long gone, you can try to tell a heart to feel somethin’ that it don’t, but halfway to Heaven isn’t Heaven, and halfway home just ain’t home…’; this track could be based on something truthful in Carly’s past, but nonetheless a heartbreaking song, yet a necessary one too, as sometimes we all deal with feelings changing. Perhaps this song isn’t the right song to say you don’t feel something, but “Halfway Home” is needed as we re-examine our relationships to see if we’re still in it for the long haul or not- and if we are then are they? “Heart’s Going Out Of Its Mind” is next, and is a country/pop number which essentially describes the infatuation or lust phase of a relationship, and that sometimes the heart wants to do the opposite of what is good for us in the long run. It therefore is another warning, to stay on our guard for intense feelings which could be love or may not be.

Unfortunately “Finish Your Sentences” with Michael Ray is one of the lowest points on the album, and a reminder of how enjoyable “Nobody But You” by Blake Shelton and Gwen Stefani actually is- since that track is s superior version of “Finish Your Sentences”, in every way! From the lowest point to maybe the highest point on the album, “It Won’t Always Be Like This” is as emotional as they come, with the piano ballad earnestly relaying to us a semi-autobiographical song similar in theme to “Like My Mother Does” by Lauren Alain; and on this track Carly reassures her family that she has left behind in order to make it big in music, that it ‘won’t always be like this’, reassuring them that she will come back time and time again to visit them, and that the big city and fame and money won’t change who she is as a person. It’s a sweet song that I’m sure will do big at radio if it gest the chance… while “Lightning In A Bottle” is another winner here, with Carly earnestly outlining a lazy night in at home with her significant other and her wine bottle- a soft and cosy experience that makes us appreciate our family all the more.

“Love Has No Heart” follows has Carly channelling her inner Martina McBride, as we are met with a power ballad that even Martina would be proud of, with Carly declaring that ‘love’ is fickle and just keeps rolling on, unlike the true love that she is aching to find for real; while “Woman Down” pays homage and tribute to all of the women who have sacrificed their entire lives and their careers for their children (or even the reverse- sacrificed children for their careers!)- and is one of the songs in 2020 that is needed in society, as we lift up and champion probably one of the most underrated people in society. “You Kissed Me First”, similar to “Heart’s Going Out Of Its Mind” in theme and lyrics, is a mid tempo pop/country track that is nice to listen to, but not ground-breaking unfortunately; while the album closer “Greener Grass”, has Carly diving deep lyrically once again, questioning whether where she is at now is greener grass, or whether it was her previous relationships. That kind of inner turmoil isn’t fun to hear, yet this vulnerability reminds us not to take anything for granted, and to always go after what you want, because if you wait, it’ll be gone.

When I first met busbee, I told him, ‘I know you’re a pop guy first, but you can’t change who I am, which is a country singer,’…I felt like really on this record we dialed into the perfect blend of that. He was able, even more on this record than the first, to really push me into seeing where we could take my voice, with it still remaining country. I know that he was very proud of this record and was excited for me, because he really felt like it was going to change the game for me.

I’ve always though I had to know about the artist inside and out before I enjoy an album of theirs. But Carly Pearce and her country/pop/bluegrass/acoustic sensibilities have proved me wrong. One of the most unique albums I’ve heard this year (It’s Martina McBride meets Lady A meets Gabby Barrett meets The Chicks in my own honest opinion!); Carly Pearce reminds us that sometimes in the quiet, sometimes in the waiting and sometimes in the silence of lockdown, a gem can be found. It’s also an emotional album once we realise that this was busbee’s last album he produced before he died. Thus is there anything left for me to say? Other than I will listen to Carly’s debut and maybe become a fan? No… I don’t think so. So well done Carly, for a thoroughly enjoyable album- an album that certainly makes us think!

3 songs to listen to: Dashboard Jesus, It Won’t Always Be Like This, Greener Grass