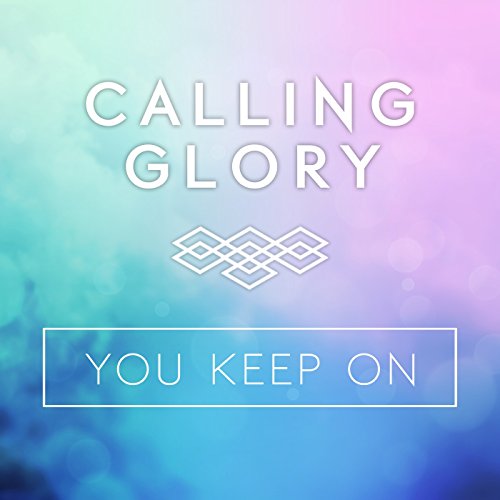 Known for their smash hit “Don’t Give Up”, which garnered much radio airplay during 2012, especially on K-Love radio, independent worship/pop/CCM/rock band Calling Glory have been one of my favourite artists of late, with their sound likened to Crowder meets Tenth Avenue North meets Leeland. The band recently released their 9 song EP Life And Spirit in 2015, and just this year, their new single “Child Of Heaven”. Though only a single release, as with all the other singles we have reviewed, it was a no brainer in reviewing that particular track, and the case is the same with the most recent melody that the band have since unveiled- “You Keep On” is probably as CCM as the band has recorded in their career, but with lead singer Dana Potvin’s hopefulness, passion and raw emotion seeping through and permeating the track; this 3 minute nugget of pop goodness is probably going to be one of my favourite worship/pop songs of 2017 come the end of the year! It’s such a catchy worship melody that presents a lifelong and eternal truth, that I can’t help but be changed after listening to this beautiful worship anthem.

Driven by vibrant electric guitars and soaring synth, we are immediately immersed into a fun-filled toe-tapping pop song, as Dana eloquently reminds us all that ‘…Your love is winning me over, You keep on pulling me closer, I don’t know how You never give up as if You haven’t already given enough, relentless, never ending, no question for how long You keep on, You keep on…’. It’s amazing that God keeps on pursuing us no matter what, and it is in the difficult moments in life that a song like this can comfort and provide healing and perspective, as we remember that God never lets us go, regardless if the situation. Calling Glory have conveyed this fact beautifully through one of my favourite songs of the year thus far, and, in the case of not spoiling the song for you all, let me say that you definitely will be pressing ‘repeat’ after listening to “You Keep On”…maybe about 2-3 more times after that too!

What can I say about Calling Glory’s new release that I haven’t already? Being an independently produced and recorded song, the production here is top notch, as it is with every other Calling Glory track! While I would have wanted the band to release another album this year (you never know, it’s probably coming later on in 2017!), this song has more than tied me over until such a date. “You Keep On”, though a bit musically cliché and somewhat unoriginal, should be on everyone’s iTunes rotation or on any other media device; the subject matter of God always holding onto us and every letting us go is a bonus! Now, time to dwell upon how their next album would sound like! Keep up the amazing work guys!