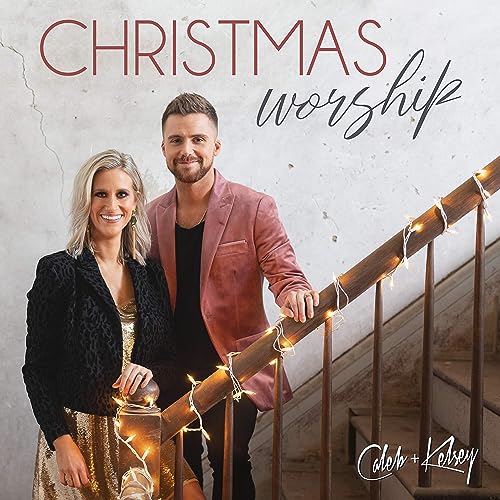 By now you would have probably known who Anthem Lights is by now. If you haven’t, then I guess you ought to read our reviews on the band (on this one page here!)- but for those of you who can’t be bothered clicking on another link, or who want more of a direct answer instead of reading through reviews, well let me just say that the quartet have been around since 2011- comprising of Spencer Kane, Joey Stamper, Chad Graham and Caleb Grimm, and have recorded plenty of stellar original songs and worthy cover melodies and medleys as well. Each of the four members have also tried their hand at solo material- and that is what I find most impressive of all- that they’re four guys who first and foremost are part of a group, but each of them has their own individual sound as well, and they each aren’t afraid to let the whole world know. And though I myself prefer these guys singing together as Anthem Lights, I reckon right now is the right time for me to talk about one of these members, and the album that released this past month.

One of the founding members of Anthem Lights is Caleb Grimm (both Allan Powell and Kyle Kupecky were founding members also, before departing a few years ago for various reasons!), and recently he and his wife Kelsey (under the moniker Caleb + Kelsey) unveiled their latest Christmas album Christmas Worship as opposed to Christmas Together from last year. Now the duo, whom I haven’t really followed that avidly at all, are known for their pop medleys and their worship medleys (one look at Spotify and/or iTunes should give you some indication of what these guys are all about musically!); yet the album in question that I’m about to quickly gloss over (and I mean quickly!) is the sequel to the most impressive project from last year…however it’s not as powerful and compelling ad I would’ve liked and hoped it to be.

Now I know what you’re all thinking- why review another Christmas album? I mean, if you take a look at the Christmas albums that we’ve reviewed this year, last year and the year before, then I guess you could say that what we are presented with is probably holiday albums that more or less sound similar in the sense that the same carols are recorded over and over- and why would any of us want to read reviews of the same carols we’ve heard before? Well first things first, let me tell you all that despite the only instrument being the heartfelt and inspiring keyboard (which at times sounds a tad distracting- as why wouldn’t you want to record a full band version of a songs?), both Caleb and Kelsey’s vocals are so on point, and their harmonies working well together very flawlessly, that in some respect, it doesn’t matter what they’re singing, nor if these carols are what we’ve all been presented with by other artists this year and years gone by. What matters is that Caleb and Kelsey are praising God and worshipping Jesus through song. The Holy Spirit is moving, and despite the lack of instruments, I can firmly say that this release objectively is one of the most well thought out and beautifully recorded Christmas albums of the year.

Yet as a fan? Subjectively? This album doesn’t even emotionally connect with me. Save for the last three songs in “Light Of The World” (Lauren Daigle cover), “The Prayer” (Celine Dion and Andrea Bocelli cover) and “Christmas Amazing Grace” (a Christmas version of the hymn Amazing Grace); the rest of the songs, which run between 2 and 2 and a half minutes long, fall flat. On their own, they’re ok-ish, with Caleb and Kelsey reimagining classic carols such as “Away In A Manger”, “Silent Night”, “What Child Is This?”, and “Angels We Have Heard On High” to name a few, by adding originally written choruses/bridges to them. But as they’ve added choruses to every single song…by doing so I believe they have made these songs less unique, and their power and impact diminished. That’s not to say that this album is poor by any means, but for some reason that I don’t feel I need to get into right now, his album failed to connect. I much preferred Christmas Together and I reckon you all should check that project out before this one!

Sky’s the limit for Anthem Lights, and for each of the individual members. What does that mean for Caleb + Kelsey? Well first of all, I reckon albums will continue, and as long as these guys are enjoying themselves, they will continue for a long time yet. There is still time until Christmas (6 days at this point in time until Christmas Eve), so even if you’re like me and in your opinion this album doesn’t resonate with you now, perhaps it will later. Maybe you like medleys and added choruses to existing carols. Maybe this project is what you’ve been waiting for as a listener. And that is great. But at this point in time, I can’t recommend this album as one of the best. Because it’s not. It’s a shame because Caleb and Kelsey are still one of today’s most inspiring husband/wife duos. I still have hope for albums in the future. Because they’re too good an artist to just discard. But as for Christmas albums, this album isn’t the one in my opinion that will wow you. Fortunately, there’s always Christmas Together– and as for that album from last year, there’s something for everyone on this varied project. So what are you waiting for? We’re in the Christmas season and it’s definitely time to be festive! Take a listen to Christmas Together, you won’t be disappointed! If you want you can bypass Christmas Worship– but if there’s three tracks you should listen to, it’d be the last three by a mile!

3 songs to listen to: Light Of The World, The Prayer, Christmas Amazing Grace