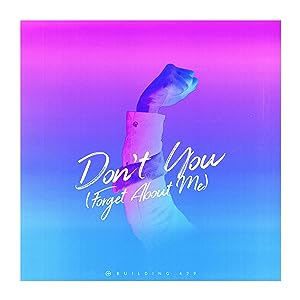 Building 429 has been one of my favourite bands within the last few years. Since the years in the early 2000s where they were an independent band, to when they were signed by major labels and released albums through INO Records, Word Label Group and Provident Label Group- that spawned radio hits like ‘Glory Defined’, ‘Always’, ‘End of Me’, ‘Fearless’, ‘You Carried Me’, ‘We Won’t Be Shaken’, ‘Where I Belong’, ‘Press On’, ‘Unashamed’ and ‘Ocean Deep’, to name a few; Building 429 have won the hearts of many of their fans since the beginning, providing inspirational and uplifiting songs throughout their entire career. Upon the heels of their most recent album Live the Journey that they unveiled to us all in late 2018, the band underwent a creative change when they released ‘Fear No More’ in 2019- this time released not under Provident Label Group but rather released under Building 429’s own label, Third Wave Music. What resulted from moving towards their own label is a song that for me, has become one of my favourites in 2019. Discussing about  fear; and tapping into the feeling we as humans want to push aside so bad, this now independent Building 429 continues to wow and impact, inspire and maybe at times challenge with this new song that allows us to contemplate whether we ourselves fear in our lives more often than we should. Now here we are in early 2020, and the band has released yet another song, this time a cover- ‘Don’t You (Forget About Me)’.

When I originally heard this song from Building 429, I thought to myself, ‘yes, I heard this song. It’s from…now where have I heard it before? Oh yeah, it’s U2 right?’. It’s one of the songs that I reckon people have heard over the years, but don’t really know what it’s called, nor even know who originally recorded. Now I initially thought it was U2, when in reality, ‘Don’t You (Forget About Me)’ was recorded and released in the mid-1980s (1985 I think) and by a band called Simple Minds. Yes, even though I know I’ve heard the original song from somewhere (I think the radio), and I unassumingly thought it was U2 (as the rest of my family who also made that assumption), it turns out that such a song as this really transcends the artist in a way that people know the song, but nothing much else. The song itself is a classic in its own right, and for Building 429 to take on a song as such as this, I just give them a lot of accolades in that this rendition is basically spot-on. From what I can remember of the original track, this cover version is possibly as good as the originally. Granted, I probably only heard ‘Don’t You (Forget About Me)’ the original version only once or twice, and even then, when I heard Building 429’s version, I instantly knew of this classic song. The message? The song was written especially for the movie The Breakfast Club– one that I haven’t watched at all. And after hearing this song? Maybe I should. Because the song speaks of changing friendships; and holding onto memories of friendships and what was valuable in the friendship in the face of change and shifting of priorities.

A song that I reckon is as timely and relatable now as it was back then when the song was recorded, Building 429 and this new recording of this old and timeless song makes me wonder whether we are appreciating the older style music for what it is- a snapshot into time back then and a way of looking back and being reminded that songs and music back then were just as impactful to people and relatable than music being recorded right now? Maybe this song for me has been a catalyst to become more reflective and introspective about music and its mark on history and the individual. And for that, Building 429 (and also Simple Minds for that matter!) have done their job right in delivering a track that can catch on a new demographic now, years upon years later. Well done Jason Roy and co. for this flawless interpretation of a song attached to I reckon one of the most underrated movies of the 1980s (of which I will watch…soon!).