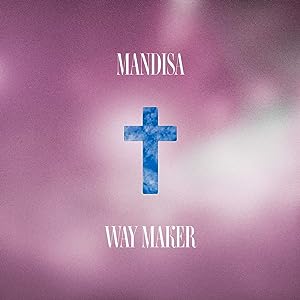 Mandisa needs no introduction. No, seriously. The CCM singer/songwriter who was a finalist on the 5th season of American Idol has taken the Christian music scene by storm and released albums full of encouragement and poignancy as this mainstay in the CCM business has reminded us that winners (or even finalists) of talent shows can still make a career of it afterwards. As we’re reminded that others like Kelly Clarkson, Daughtry and Carrie Underwood are charting the mainstream industry, Mandisa I reckon is perhaps the highest-achieving American Idol finalist to grace herself into CCM/gospel. Songs like ‘Only the World’, ‘My Deliverer’, ‘How Much’, ‘He is With You’, ‘Stronger’, ‘Good Morning’, ‘Waiting For Tomorrow’, ‘Overcomer’, ‘Press On’, and more recently ‘Bleed the Same’ and ‘Unfinished’, are just some of the many, many songs she has released that have encouraged many, myself included, throughout the years. Being very vocal throughout her time in the public eye, about her weight loss struggles, alongside recently her struggles with depression and suicide, we can see that Mandisa’s very candid and vulnerable way of revealing herself through her music and just through interviews about her music, gives young people, especially young women, a great role model option as role models for women and girls these days, seem to be few and far between. Nevertheless, Mandisa is a positive influence on society as a whole, and here as we stand at the beginning of 2020, Mandisa’s released a new song for us all to be excited about- worship song ‘Way Maker’.

‘Way Maker’ is a song of hope and encouragement, and the first I heard of the song was when it was on Michael W. Smith’s worship album Awaken: The Surrounded Experience. One of the rarest bright spots on the Michael W. Smith album as a whole (it is quite rare for any Michael album to be rated low by me, but this one was, because in my opinion it was deemed unnecessary because of songs rehashed and on albums previously!), ‘Way Maker’ is now given the Mandisa treatment. A song that declares who God is and reminds us of the power and the hope we have in Christ Jesus that we can always call upon in times of need and trouble, the song itself is one of my favourite worship songs I’ve heard since songs from Phil Wickham’s Living Hope from a couple of years ago. And so for the song to be given the CCM treatment is ok- maybe I initially thought the song itself was a little rushed (and I guess it should be, in order to fit it in the confines of a ‘radio-friendly’ style song), the song nevertheless gives us a new song to sing as we fit this worship song right into the others on a Sunday morning worship service song set-list. As Mandisa herself said about the song, and its impact on her in general, ‘…there’s something really powerful about declaring who God is over specific circumstances. I’ll never forget being in church as the worship team led us in singing ‘Way Maker’. At the time, I was praying for three of my friends who were facing seemingly impossible situations. With outstretched arms, tears streaming down my face, and faith rising in my heart, I proclaimed that my God is a Way Maker, Miracle Worker, Promise Keeper, and Light in the Darkness. I believe every word of this song, and love singing it with my whole heart!…’ ‘Way Maker’ the song is one of my favourite worship songs of late. The rendition? Though rushed, it will get the song more exposure on the radio, which is always a good thing. A song that will stand the test of time and be a worship classic in the future? Well, only time will tell. Till then, let us enjoy this new song that Mandisa has to offer. Maybe there’s another album by Mandisa in the mix with ‘Way Maker’ as the first single? You never know. Well done Mandisa for such a powerful and compelling song, can’t wait for more new material in the upcoming months ahead!