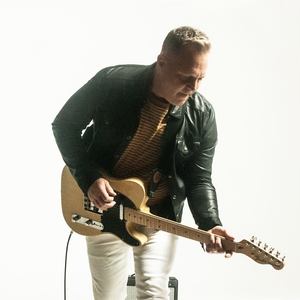 I know I say this every year, but this time I mean it. 2019 was the year that we were presented with the most hard hitting and poignant songs, as well as the most inspirational albums in recent memory. From songs like “Almost Home” (MercyMe), “Greater Than All My Regrets” (Tenth Avenue North), “Head Above Water” (Avril Lavigne), “The God Who Stays” (Matthew West), “Fear No Mor” (Building 429), “I Don’t Care” (Ed Sheeran), “Sucker” (Jonas Brothers), “If I Can’t Have You” (Shawn Mendes), “Miracle” (Tauren Wells), “Lose You To Love Me” (Selena Gomez), “AMEN” (Micah Tyler), “Unstoppable God” (Sanctus Real), “Rescue Story” (Zach Williams) and “Goodness Of God” (Bethel Music); to albums like No Shame (Tenth Avenue North), Head Above Water (Avril Lavigne), Spectrum (Westlife), People (UNITED), Native Tongue (Switchfoot), Ocean (Lady Antebellum), No. 6 Collaborations Project (Ed Sheeran), UNITED (newsboys), Out Of My Hands (Mallary Hope), Unstoppable God (Sanctus Real), Rescue Story (Zach Williams), Reason (Unspoken), Victory (Bethel Music), GIRL (Maren Morris), Haven’t Seen It Yet (Danny Gokey) and the highly controversial Jesus Is King (Kanye West) – this year had it all. Sweeping ballads, head banging rockers, introspective tear-jerkers and just plain fun pop tunes to dance to. And now that it is nearing 2020, it’s that time again in our best of series. To talk about our most anticipated albums for the upcoming year ahead in 2020. So now without further ado, let me list 15 albums that will release within the next twelve months, of which I am anticipating. So which albums are you looking forward to?