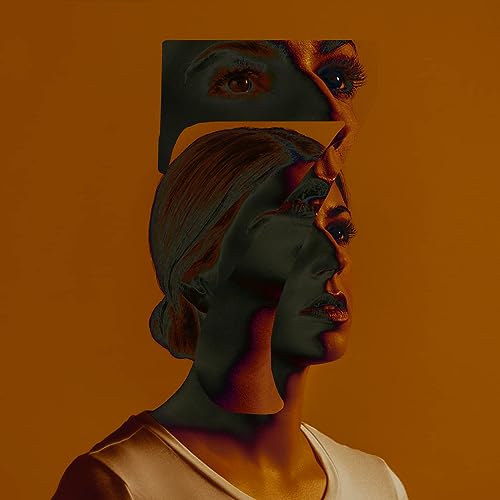 Known professionally in the mainstream circle, as Brooke Fraser (her maiden last name), for most of her career in music thus far; Brooke Ligertwood (her married last name) recently released her 7th studio album this year, aptly and maybe even appropriately titling it SEVEN– with albums under her belt as ‘Brooke Fraser’, from What to Do With Daylight, Flags and Albertine, to A-Sides, B-Sides and Brutal Romantic, Brooke’s presence in both mainstream and Christian music, needs not to be overlooked- her impact is far beyond unparalleled for any Christian artist over the last decade or so. An international act of sorts (she is born and bred in New Zealand; but has been the lead worship leader/singer-songwriter for Hillsong Worship for quite some time), Brooke has always trod the fine line of making music that appeals to both lovers of pop/indie music as well, as those who enjoy Christian music, ever since her debut album in 2004, What to Do With Daylight. She has also been a part of the Hillsong Worship ministry team for a similar duration of time as well, contributing to songs like “Desert Song”, “His Glory Appears”, “Hosanna”, “I Will Exalt You”, “Lead Me to the Cross”, “None But Jesus”, “Soon”, “You’ll Come”… you get the picture, her presence within the Hillsong community is paramount. ‘What a Beautiful Name’, from Hillsong Worship’s 2016 album Let There Be Light, is perhaps one of Brooke’s most famous worship songs ever (maybe alongside ‘Lead Me To the Cross’ and ‘Hosanna’, in my opinion), while songs like ‘Deciphering Me’, ‘Shadowfeet’, ‘Lifeline’, ‘Saving the World’, ‘Albertine’ and ‘C.S. Lewis Song’ are just some of the many standout tracks in Brooke’s mainstream music discography thus far.

Since Brooke’s last solo albums A Sides (a best-of compilation-style album encompassing her greatest hits across her four studio albums to date) and B Sides (all of her demos and alternate tracks that were also from that period as well); she’s been leading and serving the church with her contributions to Hillsong Worship’s albums over the last few years- contributing songs like ‘Awake My Soul’, ‘King of Kings’, ‘Who You Say I Am’ and ‘Fresh Wind’, to name a few. Brooke’s impact and influence within the realms of Hillsong Worship has been paramount for quite some time, and her solo material, no matter how ‘mainstream’ it has been perceived to be (by her Christian audience), is equally as impactful over the years. Just earlier on this year, I wrote a review of Brooke’s most recent album release, SEVEN, and now, a few months along from that, we see Brooke deliver an expanded unveiling of SEVEN (Deluxe), comprising of 5 more songs scattered throughout the track list, as this selection of tracks feels a lot more ‘complete’ than the standard ten-track offering that Brooke unveiled in February 2022.

In both SEVEN and SEVEN (Deluxe), Brooke is marrying the two worlds she knows very well- worship music, and solo music: to deliver new music under her married name Brooke Ligertwood. While it’s not clear cut, as to if she’s going to release music under Brooke Ligertwood now and into the future (or if she’ll revert back to Brooke Fraser later on in another album release into the future) or even the content of her music as well (will it be worshipful, or more mainstream-esque?); what does remain true is this. SEVEN (Deluxe) (and by extension, SEVEN) is a great album full of worshipful songs that make this worship album arguably my favourite I’ve heard since Phil Wickham’s Hymn of Heaven last year. And while the popularity of both the standard and the deluxe albums could be massively dampened because of what has been happening to Hillsong Church within the last few years, Brooke Ligertwood and her album(s) from 2022 ought not to be punished in light of things that are happening behind the scenes. But in all brutal honesty, that’s not now people work…they see things behind the scenes, about anything they deem ‘sus’, well, they just vote with their dollars and won’t stream anything affiliated with Hillsong for the foreseeable future…and that unfortunately includes SEVEN, as much as it pains me to say this unfortunate fact.

Regardless of any musings of things behind the scenes, SEVEN was objectively one of my favourite worship albums of 2022, and in my review that I wrote around a few months ago, I only touched on a few songs within its 10-track album, leaving the experts like JesusFreakHideout and NewReleaseToday to expound upon songs that I didn’t talk about, in that review. Songs like ‘A Thousand Hallelujahs’, ‘Ninevah’, ‘I Belong to You’ and ‘Honey in the Rock’ all stuck a chord with me, and in this 15-track version, the sermonette by Louie Giglio, ‘Seven Words’, was the track that make this deluxe edition album ‘worth it’. An album that is still full of hope, encouragement and powerful moments of reconciliation and revelation; SEVEN (Deluxe) is a must for anyone who’s been a fan of Brooke for all these years, or for someone who’s a fan of artists/music collectives, like Passion, Hillsong Worship, UNITED or Young & Free.

I reviewed SEVEN in June 2022, so I won’t really say that much more that I haven’t already said in that particular review. But what I will say is this- that 15 songs in Brooke’s deluxe-album release is, I reckon, a lot more welcoming and inviting than the ‘usual’ and ‘typical’ ten-track albums that have been unveiled by almost every artist in all of history since the dawn of time. Maybe it’s just me, and my own reluctance to check out albums that have 10 songs because, quite frankly, a ten-song album is too short (with the exception of anything Newsboys, because…well, they’re the Newsboys!), but from where I’m standing now, I find me being more excited whenever artists release albums that are 12-16 songs in its album length, rather than album releases with tracks on either side (too short, or waaaayy too long). SEVEN (Deluxe) should’ve been 15 songs to begin with, and this deluxe album is anchored specifically by pastor Louie Giglio’s mini sermon titled ‘Seven Words’, that really remind me of how good of a communicator Louie really is, and how he is in fact, dare I say, one of the best Christian communicators out there…period. The other add-ons onto the 10 tracks (to make it 15) are reprises or spontaneous tracks (‘A Thousand More’, ‘King Jesus Reprise / Worthy of It All’, ‘How Sweet (Spontaneous)’), while the sole lone ‘new’ track on this 15 track album is ‘Hear and See’, a three minute Brooke Ligertwood-led spoken word piece- maybe from a larger sermon, maybe just a three minute interlude between songs. But whatever the case, ‘Hear and See’ encourages us listeners to come and experience these worship songs with open hearts and ears, so that when we hear these songs and experience worshipful moments, that we can subsequently ‘see’ the glory of God and the revelations He’s longing for us to understand as we continue to seek after His presence on a daily basis.

So, there you have it…SEVEN (Deluxe). Sure, the 15 songs featured here, are more than what I wrote about, in this review (and in my review of Brooke’s standard version of SEVEN) but what I will say about SEVEN as a whole (and its deluxe counterpart) is this- that Brooke’s ability to create songs that stand out and become great irrespective of what is happening behind the scenes, is what is happening here. For too long have I viewed Brooke Fraser as a separate entity compared with Hillsong (because it’s only in recent years, since ‘What a Beautiful Name’ onward, where she’s become more affiliated with the Hillsong brand), that I’ve come into listening this album, being able to do the same. Not once since hearing SEVEN (Deluxe) did I actually think about anything to do with Hillsong…as it should be. But I can understand, if someone doesn’t want to hear Brooke’s new deluxe album, because of Hillsong, full stop. I wouldn’t blame them. But I hope that they wouldn’t judge Brooke’s whole album, just on what is happening behind the scenes…because frankly, Brooke doesn’t embody everything that is Hillsong, nor is Hillsong everything that Brooke embodies, either. This is where we need to ask the question- if the art (Brooke’s album) can be appreciated in spite of the artist (Hillsong, on a global scale). Art should be appreciated and enjoyed regardless, but I don’t know if that can be a possibility now that Hillsong’s dirty laundry (everything with Brian Houston and Carl Lentz) has been aired over the last few years. Nevertheless, I firmly believe that SEVEN and SEVEN (Deluxe) tries to distance itself from Hillsong as much as it can…maybe to save her brand, Brooke needs to release music under ‘Brooke Fraser’ from now on, to avoid distinction between her and Hillsong anyway? Regardless of what happens in the future, one thing’s for certain, now. That SEVEN (Deluxe) is one of my favourites of 2022 thus far, and needs to be listened to, at least once, by anyone who’s a fan of Brooke, worship music, or both. Well done Brooke for this deluxe iteration of SEVEN. Looking forward to what the Lord has in store for this album, in the upcoming weeks and months ahead.

4 songs to listen to: Nineveh, A Thousand Hallelujahs, Honey in the Rock, Seven Words