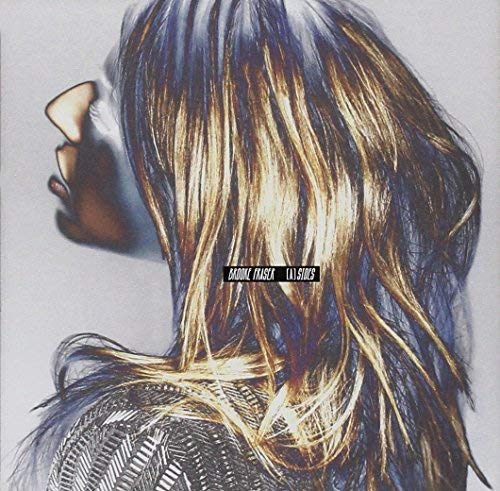 Brooke Fraser has become an international act of sorts. Born and bred in New Zealand, she has always tread the fine line of making music that appeals to both lovers of pop/indie music as well as those who enjoy Christian music, ever since her debut album in 2004, What to Do With Daylight. She has also been a part of the Hillsong Worship ministry team for a similar duration of time as well, contributing to songs like “Desert Song”, “His Glory Appears”, “Hosanna”, “I Will Exalt You”, “Lead Me to the Cross”, “None But Jesus”, “Soon”, “You’ll Come”… you get the picture, her presence within the Hillsong community is paramount, even during the last few years when she didn’t lead any songs on Hillsong’s annual albums (quite possibly because of her release and promotion of her 2014 album Brutal Romantic). But in 2016 we see a different story. Brooke is now back, with a greatest hits album that encompasses 12 years and four albums across 13 tracks (with an additional new track called “Therapy”), as well as coming back into the Hillsong team to lead the first single from Let There Be Light, “What a Beautiful Name”. While I will discuss Brooke’s involvement with Hillsong and the pleasant surprise I’m sure it was for many fans of Brooke to see her leading “What a Beautiful Name” in the actual Hillsong Worship 2016 album review that I will write in a few days’ time; what I will discuss now is the tracklist aforementioned above, and what I reckon Brooke’s career away from Hillsong signifies, not only for the avid fan of Brooke’s worship material, but for the fan of her albums that have charted mainstream success as well!

While to be honest I may not have been the ideal person to review such an album like this, particularly because I hadn’t really gotten into Flags or Brutal Romantic as much as I probably should’ve prior to this review attempt, I have nevertheless admired the songwriting ability of Brooke, and have been an avid fan of her initial two albums What to Do With Daylight and Albertine. So to see 8 songs out of the 13 (not including her new song) songs from one of her first two albums makes us all see the profound impact and powerful messages these two albums have brought to listeners over the years. As with any best-of project, we always talk about song choices, and which song was included and which song wasn’t. And with every best of project that any artist has created, there’s always one or two tracks that deserved to be included but didn’t. Yet with the A Sides, Brooke has given to us a near perfect greatest hits album (as far as her first two albums and their selections are concerned).

One glance at the song list and we are immediately drawn to songs like “Deciphering Me”, “Shadowfeet”, “Lifeline”, “Better” and even “Saving The World”, songs that have been in circulation on radio for more than ten years, yet still have as much of an impact to listeners, myself included, now more than ever. “Deciphering Me” is a song that dives into the mystery of unpacking and delving deep into someone’s psyche, and reminding us that we as humans are very complex, that if people want to know the real us, they need to take the time to cut past the superficial and be prepared to tackle the real raw things that only us and God know. “Better”, a relationship song about an abusive boyfriend-girlfriend scenario, reminds us all, just how fragile a connection between men and women can be. And to hear this song around the date of White Ribbon Day makes the concept ever more poignant as we hear Brooke’s urgency around the issue of violence against women (whether “Better” is autobiographical or about another person, we’d never know). “Arithmetic”, another selection from her debut album, paints a more upbeat picture of a relationship, with Brooke singing to God and giving us all a clear notice that God Himself and our perception of Him is so much more than arithmetic. That all we can imagine and conjure up is just a glimpse of what He really is, and how He interacts with us is far more than we can even believe to be true. The ever-repeating tag ‘…You are the One I want…’ is a constant reminder, that God is indeed what we want, even in the moments we may not understand or even think possible- He is far beyond want we can picture in our minds, both in the here and now and in the future.

“Albertine” and “Saving the World” tackle Brooke’s social justice side, as the former is a song-written-as-a-letter about a child in Africa, and the horrors of war that is shown as real as what it can be shown through a song, while the latter speaks about indeed what the title of it suggests- saving the world. “Albertine” is a sober moment of realisation- that what we should do, as social activists and champions of justice is to act- that we can’t just sit back and wait for the other person to make a move. Brooke highlights to us all that ‘…faith without deeds is dead…’, as “Albertine” ought to be a song we all must hear if we want to use our voices and take what we believe and place it into action. “Saving the World” offers something similar, as it presents a tongue-in-cheek way of saying that everything we are focused on is so insignificant- and the important things, like saving the world, ‘…are bottom of the list…’, thereby leading us to ‘…stay another day in this apathy, let it permeate us til we’re numb through…’ What this song calls us out on is our inability to rid ourselves of the superfluous things and focus on what really matters- saving the world, or in our own aspects, saving the world that we are in. Both these two songs, “Albertine” and “Saving the World”, can be offensive to some, but then again, the gospel and the ramifications of that is indeed offensive. Kudos to Brooke for these two tracks, both of which are highlights on A Sides. Brooke also delivers to us her worshipful/CCM side in “Lifeline”, “Shadowfeet” and “C.S. Lewis Song”, the first being one where she cries out to God to throw her a lifeline and pull her out of a pit of despair; the second being that of a praise track that relays to us all that ‘..when the world is falling out from underneath, I’ll be found in You still standing, when the skies rolls out and the mountains fall on their knees, when time and space are through, I’ll be found in You…’; and the latter being a song inspired by the works of C.S. Lewis- that if C.S. Lewis was alive today, he’d write a song like this, one that would proclaim that he is not of the world but belonged to another, while also relaying the internal struggle and the tension between the now and the not yet!

The remaining 5 tracks from her two latest albums Flags and Brutal Romantic, are unique in the way that Brooke’s musicianship in these songs are much more vague and universal, with the songs having the ability to be enjoyed by people who appreciate Brooke’s mainstream efforts as well as those who enjoy Brooke’s songs with a more faith-based atmosphere. “Something In the Water”, the first song from Flags, is included in A Sides, and a welcomed inclusion too- as Brooke starts to song off with hand claps, whistles, and a fun-filled atmosphere, she relays to listeners a story of enchantment and mystery in the words ‘…there’s something the water that makes me love you like I do…’, a moment where we discover that often things are more than just they appear, that what we believe to be true on the surface needs to be delved into a little deeper before we realise that God inhabits and flows through each and every thing- even waters we may think as mystical can in fact be used by God to impact a person in ways unimaginable to man. Co-written with Jon Foreman, “Betty” invites us all into a world where we see through the eyes of a girl with a lot of secrets, hurt, pain and regret, all wrapped up in a 3-minute track of acoustics, a reminder that even some of the most compelling lyrics can be profoundly impactful amongst the smallest amount of instruments, compared to rousing drums and a strong guitar beat. “Coachella”, the last remaining representation from Flags on A Sides is perhaps the most joyous out of the three, a song about a festival that runs almost every year in the United States, and the celebration that can be felt when everyone is united to enjoy a concert, leaving behind at the door the differences that divide as inclusion and comradery is found within the confines of this track.

“Kings and Queens” and “Magical Machine” are the two representatives from Brutal Romantic, an album that I myself haven’t really listened to much of. Yet from hearing both these two songs, I can understand why, in some regard, her latest studio album didn’t necessarily take off as much as her previous albums. Not that these songs aren’t catchy, they are- in fact, “Kings and Queens”, with all its backing vocals, an anthem atmosphere alongside a dance-pop undertone, is one of the most intriguing songs I’ve heard on the selection of 14 tracks. Yet compare these two tracks with songs like “C.S. Lewis Song” of the past, or even her brand-new song “Therapy”, that speaks about issues and relationship struggles that you would otherwise discuss within the confines of a therapy session; then you start to wonder- was Brutal Romantic an album that released that I myself want to forget? Maybe yes, maybe not. Maybe I’ll reserve more of a judgement upon that particular album once I hear more of it. Yet from what I can see, “Kings and Queens” and “Magical Machine” are low points for me on the best-of compilation. Nevertheless, these two songs I’m sure will speak to someone with their alternative music style, hopefully capturing a crowd that may not otherwise listen to pop music, let alone music in general!

This selection of 14 tracks is an albeit short, yet equally spot-on representation of Brooke’s career in music thus far. And while I may have wanted a few other tracks, like “Without You” or “Mystery”, to be included on Brooke’s best-of, what has nevertheless resulted are songs that have impacted millions of lives over the years, and I’m sure are still impacting millions of lives even now. Brooke has created her music on two fronts- her solo material as well as her involvement with Hillsong. This is her best of (hopefully not the end) her solo music. Maybe another ‘compilation’ of her Hillsong melodies in the future? This is a must have for anyone who has been a fan of Brooke’s material previously, or anyone who loves worship artists like Hillsong, UNITED, or even more reflective artists like Sara Groves or Andrew Peterson. To compare Brooke’s music to anyone within the secular industry right now, I’d have to say Rachel Platten- music that is positive, hopeful, enjoyable, upbeat…enough comparisons though. Just listen and find out for yourself. Kudos to Brooke for releasing an album that spans the entire music career thus far, can’t wait to whenever another album releases!

One thought on “Brooke Fraser – A Sides”