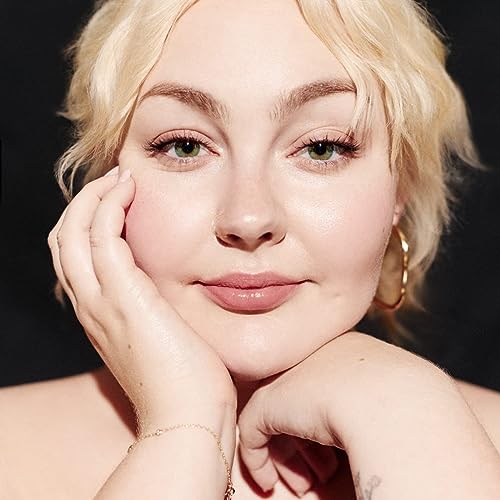 Bella Taylor Smith– Look Me In The Eyes (Amazon mp3/iTunes)

I don’t think there’s ever been a show that I have been invested in as I have with The Voice. The reality singing competition which debuted in 2012 (and has had virtually double the number of seasons in the U.S. even though they debuted in the same year; due to the U.S. version of the show having 2 seasons per year as opposed to Australia’s 1 season per year); has captured the hearts and the emotions of many throughout the past ten seasons, with heartfelt and powerful performances of many covers showing the coaches that potential stars are in their midst. Alas though, throughout the past few seasons of The Voice, there hasn’t been a winner or even a finalist who has dominated the music industry, to a greater level, or even to the same level or half the level as people from Australian Idol. To be fair, artists who have made it ‘big’ from Australian Idol aren’t that high either, however singing competition shows in general are still popular. In a broader sense, even globally, apart from Carrie Underwood and Kelly Clarkson (winners of American Idol from early on in the early-mid 2000’s), there hasn’t been many who are considered to be mega-famous. And this begs the question… why are singing competition shows still popular to viewers, and why do contestants and aspiring singer/songwriters long to compete on singing competition shows when they know the track record and that being a winner on the show doesn’t necessarily translate to instant success?

I guess people always want to watch an underdog success story, we always want to cheer for the little guy. And in blunt terms, potential winners of singing competition shows- well I guess they hold out hope that they’re the one who bucks the trend and they’re the one who makes a difference in the world through winning a competition. And to be fair, no one knows the future, so I reckon it is fair game for people to be enamoured by The Voice and programs like it. History tells us that whoever has competed and whoever has won most probably will fade into obscurity, but there is a chance that someone will rise up and become someone like a Guy Sebastian, Kelly Clarkson or Carrie Underwood. For me and my watching of The Voice though; it was only the 10th season of the Australian version of The Voice in 2021, that I started to become really invested in the show, despite my initial misgivings. I wasn’t prepared to follow the 10th season. Even the fact that the show was with 3 different judges (Keith Urban, Jessica Mauboy, Rita Ora) and on a new network (Channel 7) didn’t pique my interest that much. In all honesty, I was prepared to just watch the first episode and then drop the show. But then why did I watch the rest of the season of last season of The Voice Australia? One reason. Bella Taylor Smith.

I’ve reviewed Bella’s debut EP here, but for the uninitiated, you can read about Bella Taylor Smith on her recently created Wikipedia page, or on her Instagram. Or you could watch her performances in any of the videos you search for on YouTube. But let me just say this plainly and with no uncertain terms. Bella has a gift from God, and she is one of the most powerful and emotional vocalists I’ve heard in recent memory. She has this unique gift of making each cover her own, and she doesn’t just cover songs. She embodies them and tells a story- her own unique story- through them. From the moment Bella sang a cover of Beyonce’s “Ava Maria” way back in early August, up until the moment when she was crowned the winner in mid-September 2021… I’ve been transfixed by this show simply because Bella makes us feel real emotions and Bella’s emotional, honest and powerful story and her out-of-this-world singing ability makes us want to root for her success. Even if she didn’t win The Voice Australia last year, her presence in the show has made this season all the more enjoyable, moving and inspiring to watch.

It is not known if Bella Taylor Smith will be successful in the long-term. She is touring with Guy Sebastian at the moment, so she has that going for her! But I do hope and pray that she does succeed. She should… and if God is in it (which I totally believe He is), then Bella will go far. Whether it’s a global kind of far or just a national kind of far- well that’s anyone’s guess. But for any of you, if you haven’t listened to her songs and seen her jaw-dropping, spine-tingling, God-breathed, and Holy Spirit-anointed performances, then you absolutely need to. And there is literally nothing else I need to say about Bella, except that you all need to sit up and take notice. I’ve previously praised Bella for her debut EP, but as Bella has also released her brand-new EP of all-original material, called Look Me In The Eyes; let me remind you all about something else- Bella is a sublime song-writer also!

Opening the track list with the heartfelt and emotive “Unaware”; Bella earnestly and powerfully recounts a relationship gone wrong, and her feelings and reactions to the other person not treating her right for a while. A song that could be based on a prior relationship, or it could be completely made up; Bella via the persona in the song relays the notion that she was unaware that the relationship was so one-sided and that he didn’t feel anything for her. And though this song doesn’t have a resolution- it’s just asking questions to the ex and letting him know that she was unaware of the realities of that crumbling relationship; I guess you could say that we are encouraged as listeners to enter into relationships with eyes wide open. Holding our hearts close to our chests yet also not closing ourselves off from people and the possibility of love. As an EP opener, Bella dives deep thematically and doesn’t hold anything back, and this is what I love about her as a singer and as a songwriter. “Nice To Know Ya”, the lead single, is next, and is a song that speaks about broken trust, where the persona is in a fork in the road in relation to what road they will take in relation to whether to leave a relationship or a friendship or to fight for it. And while Bella reminds us that no choice is wrong or right, and no choice is bad or good, we are also reminded that we can fight for our relationships if we want to, or we can give up if we want to. A song that reminds me of the TV show Ordinary Joe and how Joe the character diverged into 3 different timelines; so too must we analyse our choices to see if they’re right for us in the moment. Sure, we can speak to God and our friends and our family about the big life moments; but what Bella reminds us of is that sometimes over analysing is bad, and something we just need to run with a choice, knowing that with our friends, family, and God with us; we’ll be okay.

We all process broken trust differently. Whether it’s between family, friends or romantic partners – each of us are likely to respond in our own unique way. ‘Nice To Know Ya’ explores differing journeys, choices the listener may face in deciding the best way forward from that moment of broken trust. If you want to continue to make something work knowing it won’t be easy, or if you want to turn around and say ‘nice to know ya’, no choice is bad, it’s just what’s right for you.

The rest of the EP showcases Bella’s strong vocals and her relatability. It’s a shame that this EP is only 6 tracks- because I literally didn’t want this project to end. “Tunnel Vision”, a dark, moody, thought-provoking melody, has Bella singing about her ex that has tunnel vision, and is always focused on treating Bella with apathy and disdain (it’s another warning type song, and Bella wears her heart on her sleeve here especially!); while “Misplaced” sings about the same relationship, but with Bella lamenting on her situation and grieving the loss of a relationship instead of being hurt and vengeful. The bright, sunny, and optimistic title track, the penultimate melody on this EP, speaks about the brighter side of relationships, and how one on the precipice of crumbling, can in fact turn into a much stronger relationship with hard work, determination, and the two people choosing to make time for themselves. Look Me In The Eyes then ends with the compelling, gut-wrenching, personal, honest and vulnerable “To Lindsay”. Sung with Arlo Sim, Bella earnestly delivers the highlight of the album, and presumably a song directed to her best friend (Lindsay?) who is struggling in life, and who is at the end of their rope. A song that speaks about sticking by your friends even whilst they are in the pit of despair and they are going through life’s troubles and hardships; “To Lindsay” reminds us to be a good friend to people, and being the best friend to your good friends, even without expecting something back in return.

Some people reckon Bella Taylor Smith shouldn’t have won because of her Christian faith and Hillsong connection, or because of her heartbreaking personal story about her father being in jail. Some people don’t think Bella should have won because her debut original single “Higher”, seems to sound like a CCM/gospel song than a pop song. However, a good voice is a good voice is a good voice. And Bella is The Voice. Her angelic, beautiful, otherworldly voice gives us hope, inspiration and peace, which we all need especially in this time. And with Bella touring with Guy Sebastian at the moment, and becoming engaged, as well as the release of this EP… everything seems to be looking up at the moment. And so as we wait for Bella to rise in popularity and in stardom, and to wow us all with some more music (because she totally has what it takes to succeed in this industry!); let us immerse ourselves over and over again with this first release of original songs. Bella is a very special singer indeed… Well done Bella, I can’t wait to hear what is next in store for you!