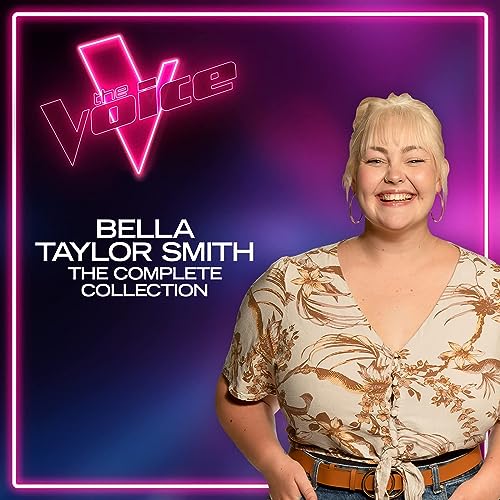 I don’t think there’s ever been a show that I have been invested in as I have with The Voice. The reality singing competition which debuted in 2012 (and has had virtually double the number of seasons in the U.S. even though they debuted in the same year; due to the U.S. version of the show having 2 seasons per year as opposed to Australia’s 1 season per year); has captured the hearts and the emotions of many throughout the past nine seasons, with heartfelt and powerful performances of many covers showing the coaches that potential stars are in their midst. Alas though, throughout the past few seasons of The Voice, there hasn’t been a winner or even a finalist who has dominated the music industry, to a greater level, or even to the same level or half the level as people from Australian Idol like Guy Sebastian, Shannon Noll, Anthony Callea, Jessica Mauboy, Stan Walker, and Ricki-Lee. To be fair, artists who have made it ‘big’ from Australian Idol aren’t that high either, however singing competition shows in general are still popular. In a broader sense, even globally, apart from Carrie Underwood and Kelly Clarkson (winners of American Idol from early on in the early-mid 2000’s), there hasn’t been many who are considered to be mega-famous. And this begs the question… why are singing competition shows still popular to viewers, and why do contestants and aspiring singer/songwriters long to compete on singing competition shows when they know the track record and that being a winner on the show doesn’t necessarily translate to instant success?

I guess people always want to watch an underdog success story, we always want to cheer for the little guy. And in blunt terms, potential winners of singing competition shows hold out hope that they’re the one who bucks the trend and they’re the one who makes a difference in the world through winning a competition. And to be fair, no one knows the future, so I reckon it is fair game for people to be enamoured by The Voice and programs like it. History tells us that whoever has competed and whoever has won most probably will fade into obscurity, but there is a chance that someone will rise up and become someone like a Guy Sebastian, Kelly Clarkson or Carrie Underwood. I’ve written more in depth about my thoughts of singing shows in my blogs about Christina Aguilera and Leonia Lewis; but let me tell you that it was only this year and the 10th season of the Australian version of The Voice that I started to become really invested in the show, despite my initial misgivings. Sure, in 2020 and in 2019, I saw the back end of the season, and the intense, musically impressive episodes where Diana Rouvas and Chris Sebastian won in 2019 and 2020 respectively. Because I’ve seen the calibre of the singers in 2019 and 2020, and saw both Diana and Chris win and then fade into relative obscurity… I wasn’t prepared to follow this upcoming season. Even the fact that the show was with 3 different judges (Keith Urban, Jessica Mauboy, Rita Ora) and on Channel 7 didn’t pique my interest that much. In all honesty, I was prepared to just watch the first episode and then drop the show. But then why did I watch the rest of the season of this latest season of The Voice Australia? One reason. Bella Taylor Smith.

I grew up in the inner-west of Sydney, and one of the girls in my high school started inviting me to her youth group. So I didn’t grow up in church at all, my family aren’t Christians. I went to youth for a year before I got saved. It was lifechanging for me. I didn’t have the most stable upbringing, and it was really challenging. For me to find a community, and find God, and find the church was really game changing for my life and for my future.

I lead at church, and I love doing that. And I don’t get very nervous doing that. But for some reason doing this show, I was so nervous. I was shaking, and I had just forgotten what that felt like. I definitely felt like singing at church has given me experience singing in front of lots of people, but I’ve had to bring the same mentality as when I sing at church to when I do the show. I do find it tricky.

Honestly, the application popped up on my computer and I feel like it was a huge God thing for me. I had no desire to really do anything like this before, and it felt like the right time when I saw the application.

Now for the uninitiated, you can read about Bella Taylor Smith on her recently created Wikipedia page, or on her Instagram. Or you could watch her performances in any of the videos below- but let me just say this plainly and with no uncertain terms. Bella has a gift from God and she is one of the most powerful and emotional vocalists I’ve heard in recent memory. She has this unique gift of making each cover her own, and she doesn’t just cover songs. She embodies them and tells a story- her own unique story- through them. From the moment Bella sang a cover of Beyonce’s “Ava Maria” way back in early August, up until the moment when she was crowned the winner just a week ago… I’ve been transfixed by this show simply because Bella makes us feel real emotions and Bella’s emotional, honest and powerful story and her out-of-this-world singing ability makes us want to root for her success. Even if she didn’t win The Voice Australia this year, her presence in the show has made this season all the more enjoyable, moving and inspiring to watch.

It is not known if Bella Taylor Smith will be successful in the long-term. But I do hope and pray so. She should… and if God is in it (which I totally believe He is), then Bella will go far. And for any of you, if you haven’t listened to her songs and seen her jaw-dropping, spine-tingling, God-breathed and Holy Spirit-anointed performances, you need to. And there is literally nothing else I need to say about Bella, except that you all need to sit up and take notice. Bella dropped her recent EP Bella Taylor Smith: The Complete Collection (The Voice Australia 2021): EP last week (yes, this is a ‘review’ for the EP!) and though the songs are short (90 second versions as opposed to full versions… I don’t know why!), there’s no denying the passion and raw emotion that Bella possesses. Bella completely nails “The Voice Within”, “Ave Maria”, “Everybody Hurts”, “Never Enough” and her duet with Guy on “The Prayer”, and there’s just something special about her. Some people reckon Bella shouldn’t have won because of her Christian faith and Hillsong connection, or because of her heartbreaking personal story about her faither being in jail. Some people don’t think Bella should have won because her original single “Higher”, seems to sound like a CCM/gospel song than a pop song. However a good voice is a good voice is a good voice. And Bella is The Voice. Her angelic, beautiful, otherworldly voice gives us hope, inspiration and peace, which we all need especially in this time. And with Bella touring with Guy Sebastian next year and with her preparing for a debut full-length album… everything seems to be looking up at the moment. And so as we wait for Bella to rise in popularity and in stardom, and to wow us all with some more music (because she totally has what it takes to succeed in this industry!); let us immerse ourselves over and over again with this EP. Bella is a very special singer indeed… and this EP more than proves the fact! Well done Bella, I can’t wait to hear what is next in store for you!

The night of the grand final was full-on busy because not only did we have to film the four alternate endings, but also the four singles performed at the end

And then that night we also did our duets with the coaches and our solo performances as well. And then you had to clean up the confetti at the end and do all of that stuff. And also no one knew who was going to win so no one had to keep secrets and all that kind of stuff. But it was weird.

As much as I would have liked to really believe in that moment that I’d won, you want to protect yourself and your emotions and have that moment of celebration when it’s really truly yours. I had a big sob when I found out on Sunday and I knew that that was going to be my genuine reaction, but I just couldn’t cry on cue.

I posted my genuine reaction from the night of when I found out, when everyone else found out too, and everyone’s commenting like, ‘I’m so confused, I thought she was there’. So that’s been the funniest part of it all.

On and off-camera he’s [Guy] been so invested and kind and caring and careful as well with me, like really protective and helpful in navigating tricky things. He’s invested in my future and in my career, which is awesome. And getting to go on tour with him is ridiculous and incredible and the biggest privilege. It’s so kind and gives me faith in myself and I’m just really, really grateful.

3 songs to listen to: Higher, The Voice Within, Ave Maria