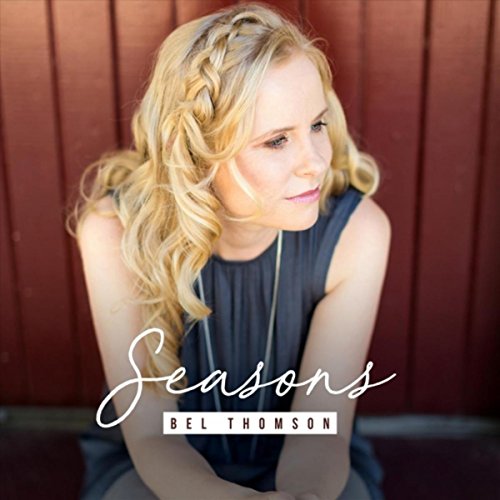 Often the artists that you may not expect to impact and encourage actually do, and that is very much the case with many artists that do not hail from the U S of A. In fact, dare I say that for me personally, some of my favourite artists of all time are actually not American? Artists like Newsboys (who originally are from Australia), Paul Colman- both his solo material and his time as a ‘trio’, Rebecca St. James, a 1990s and 2000s artist icon, alongside Rebecca’s brothers Joel and Luke, who have formed internationally famous and critically acclaimed for KING AND COUNTRY, Delirious? (arguably the greatest and most impactful British worship/crossover band of the 1990s and the 2000s); Philippa Hanna and Rend Collective, two of the U.K. and Ireland’s rising stars respectively; even artists like Love & the Outcome, Hawk Nelson and Matt Maher, artists who you may think are American, are in fact Canadian. Couple with the fact that all facets and nuances of the Hillsong variety are famous, well, just because, and then you throw in British worship leaders Tim Hughes and Matt Redman, and then you can understand totally if artists outside of America seem to deliver music on a much more poignant and heartfelt level than those who hail from one of the 50 states. Nevertheless, there are times where Americans have their place in music, and there are other moments where just listening to someone else that doesn’t have that distinct American accent can give us all a fresh perspective on music and what it means to sing from the heart about the One who has healed our hearts. Enter in Bel Thomson, a relatively newer artist from Australia.

While I will always have my favourite bands and artists like Natalie Grant, Francesca Battistelli, TobyMac, MercyMe, Casting Crowns, Delirious? or Tenth Avenue North; nothing beats listening to an Australian artist. I have grown up in Australia, and to see fellow Australians succeeding in an industry which is sadly more competitive and cut-throat than what it needs to be, is a comfort to myself as I support these artists and bands that come from the outback. Australians have been blessed to hear great Christian music from the land down under, and listening to Bel Thomson is no exception. An Australian singer/songwriter from Queensland before moving to Coffs Harbour after her marriage, Bel unveiled her album A New Creation in 2014, that featured various radio singles that have been played over Australian radio these last few years- ‘A New Creation’, a duet with ex-Newsboys guitarist and current solo artist Paul Colman showed us a timely theme of us knowing fully that we are a new creation in Christ as we realise the extent of God’s forgiveness for us, while songs like ‘The Eternal in the Everyday’ highlighted the assimilating of the eternal in the everyday and mundane to make life more enjoyable, whimsical and fun, and ‘Stars’ showed us through acoustic guitars and string instruments, a message of knowing we are loved and accepted by God just by looking up at the stars and the world we are in. 4 years later in 2018, we see another album by this underrated Aussie artist- Seasons.

Released late last year as her first single from the album, ‘With You’ is a powerful melody that declares that God is with us through times of trouble, yet for such a song to be considered and championed as the first single from Seasons, seems a little cliché and radio friendly- nothing against the song itself, it seems like for a song to be a first single, it ought to be a lasting impression, as we envisage a first single to come out of the blocks with a powerful rousing declaration and an anthem that doesn’t seem to leave our minds even long after the song is sung and heard…unfortunately, ‘With You’ is more of a sombre and reflective song, and one that places us more in a quieter and reserved mood compared to a song like ‘A New Creation’, where that anthemic moment called us all to passionate declaration alongside Bel. Nevertheless, ‘With You’ is a great song in and of itself, as we see Bel unveil the truths, sung by God, that He is with us, as we lift up our gaze to Him in times of trouble. But should it have been the first single from the album? Probably not. A song like ‘You Won Me At the Cross’ on the other hand is a different story. The first track on Seasons, the album opener sung from 1st person (instead of being sung from God’s POV on ‘With You’), and one that is much more memorable (in my opinion) compared to ‘With You’. With a light percussion drum beat, this is a melody that’ll hopefully be found in many Sunday morning worship set lists around Australia at least, as this track is, and always will be, one of the standouts Bel Thomson songs…ever. There’s something about the track that is special, maybe it’s the sincerity of Bel’s voice that is as emotive and passionate as it is eloquent, but whatever it is, this is a great start to Seasons, and probably should’ve been a better pick as the first single of the album!

‘The Name of Jesus’ follows, and is a duet with fellow Aussie singer-songwriter Nathan Tasker, and is a much more piano filled melody, as we’re reminded that a song can be just as good with an acoustic guitar, light percussion and powerful voices, as it can be with full-fledged drums and guitars. Music is great, but if it overtakes the message, then that is a song that isn’t really music in the first place. ‘The Name of Jesus’ finds a nice balance between music and message, and also a great way for us to be re-introduced to fellow Aussie Nathan Tasker, an artist that has been a little dormant recently- his last full length album was The Hymn Collective in 2015. As we’re reminded through this song of how important the name of Jesus really is, and how it has the power to influence decisions and circumstances and just life in general, Bel continues to encourage and influence, with songs that unveil to us a myriad of themes that frankly, aren’t discussed in modern American CCM that much. ‘Lift You High’ is a worship song that can be picked up and covered by…let’s just say any artist that is currently popular in the worship circle, as the song invites us to allow God’s kingdom to be come in our lives and in the lives of people we are in contact, fellowship and relationship with- let’s just say that this song is as worshipful as they come, and if anyone who is a famous worship leader covers this track in the future, then Bel’s popularity can hopefully soar in the upcoming months and even years to come! ‘Shepherd King’ is piano prominent melody that is written with straight Biblical references from Psalm 23, as this lightly acoustic song allows these heartfelt and encouraging lyrics to shine through, as we have a new and improved definition of what Scripture in song could look like in 2018! ‘Great is Thy Faithfulness (My Inheritance)’ is a reworking of the hymn ‘Great is Thy Faithfulness’- with an added chorus thrown in, so that the song feels like both a timeless classic hymn as well as a reimagined melody for a new generation, both at once, while the album ender, the title track, is the rousing anthem we as listeners all deserve, as this anthem that can and should be a radio single in the future, allows us to declare alongside Bel, that ‘…seasons may change, but Your love remains an anchor for my soul, constant strong and faithful, day after day You stay the same, I will lift my eyes to see You in every season…’

But it is the standout song ‘Holding You’ that is arguably Bel’s most poignant and personal song she’s ever written. As discussed in a recent interview with Christian website Hallels, Bel discusses her song- ‘…I’ve clung to God’s love more than ever since becoming a mum. I had been so excited to have my baby, and I really wasn’t expecting it to be so challenging. I struggled with postnatal depression after Michael was born, and I never thought that would be my story. It was as if everything went black, and all I could do was trust that God was still with me and would bring mw through, even though I couldn’t see Him there. Many of the songs on this album were written in that dark valley. It was a difficult season, and song-writing became an outlet for me. Writing “Holding You” was a big part of my own healing, as I worked through the birth trauma and post natal depression. When I first started to sense that God wanted me to record a new album, I felt Him say that the songs that I’d written in my winter season were actually meant to be shared with other people, to comfort them in their own struggles…’ It is in light of her quote, and the song itself, that makes me encouraged and inspired- this song in and of itself is one of the most vulnerable that an Australian CCM artist has unveiled, ever since for KING AND COUNTRY’s ‘Without You’ way back in 2014. Bel also imparts to us two ‘SELAH’s- spoken words that are placed as track 4 and 8, both these tracks taken directly from Scripture, as we see Bel read straight from the Bible, understanding full well that being spiritually fed through music and through Bible reading are just as important as each other!

This ten track album is one to remember, if you are a fan of Australian music (or even come from Australia like myself). While you always hear about the next big CCM band from America, you rarely hear about a Christian artist or band from Australia (because they have all moved to America, or they’re playing local gigs they’re aren’t noticed as much). Enter Bel Thomson, for me I reckon one of Australia’s talented new CCM artists of the last few years. With Seasons being one of the surprise releases of 2018 thus far, this is a must have if you love soft acoustic/reflective/worshipful music similar to artists like Alabaster Box, Roma Waterman, Nathan Tasker or Rebecca St. James (yes, all these recommended artists above are Australian!). Bel ought to be proud of herself for the album, and especially standout tracks like “With You”, “You Won Me At the Cross”, “Holding You” and “Seasons”. Congrats to Bel for yet another standout album, here’s hoping many others who are not Australian (like the whole world) can hear such underrated music and be as impacted and encouraged as I am!

3 songs to listen to: You Won Me At the Cross, Holding You , Seasons