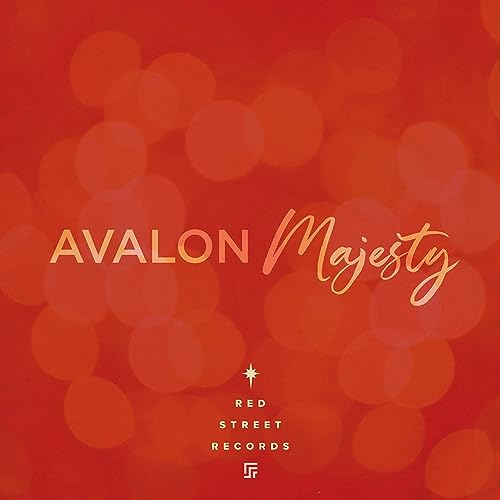 What can you say, and what do you actually say about a band who has had all the hits, all of the accolades, that has toured the globe, that has done everything they could possibly do to further the kingdom of God? What do you say about a band with smash hits such as “Can’t Live A Day”, “In Not Of”, “Wonder Why”, “Undeniably You”, “You Were There”, “I Wanna Be With You”, “Adonai”, “Love Won’t Leave You”, “Still My God”, “I Don’t Wanna Go” and “Testify To Love” (to name a few)? What do you really say about the band that has already been given praises and awards? Avalon has been around since the 90’s, has had plenty of member changes (see Wikipedia), yet has still forged on and created songs of praise to God, that are heartfelt, honest and personal, yet relevant and inspiring also. Yet to each of our confusion, and completely out of left field in 2009, these guys dropped of the CCM scene. Sure, they still toured and lead worship at each of their individual churches, but they have not recorded new music since 2009’s Reborn. Until now. The brand new album Called released this past February (to moderate success), with the album including their hit single “Keeper Of My Heart”, via Red Street Records (Rascal Flatts’ guitarist Jay DeMarcus’s new label!). And while we have been encouraged and uplifted in the past, the question is this- how does their sound, well…sound like, compared to all of the bands that have started their careers and are at the height of their popularity all the while Avalon was on hiatus? Is the lead single “Keeper Of My Heart” relevant or is it dated and not needed? Is new member Dani Rocca loved and appreciated by fans, and has long-time member Jody McBrayer made a successful and welcome return from his hiatus? Well in my opinion, not much needs to be said about this album (except for my review which can be read here!), and not much because it seems like no time has passed at all, definitely a good thing. It’s because that Called feels like the Avalon of old. Containing ballads as well as upbeat pop tunes, this album is certainly one for the nostalgic fans, and also for those who are hearing about Avalon for the first time.

Yet in the spirit of Christmas In July, let us cast our minds back to last year when these guys released the Christmas single “Majesty”. And boy what a single it is. This is vintage old school Avalon, Avalon from the 2000 Joy-era… and this is in the best way possible. One of my favourite original Christmas songs of the past few years, this radio friendly three and a half minute ballad eloquently relays to us the wonderful news that ‘…love is here, come and see this manger holding majesty…’ as the quartet sing in perfect harmony, relaying the ever true message that Christmas ought to be celebrated with great passion because of what Jesus has done- born in a manger to save us all from hell. And so we must praise Jesus and must lift Him up- simply because of who He is. That’s all that there is to it!

What is next for our awesome foursome? For Janna, Greg, Jody and Dani? Well, I’m not sure. The release of their new album Called is very welcome, and probably later on there would be some touring after that when the pandemic of COVID-19 slows down. Yet beyond all of the promotion, is anybody’s guess. Until such a time as the next project is unveiled (another Christmas album maybe?), we can listen to “Keeper Of My Heart” and the rest of their hits many times over. As well as “Majesty”! And then we can go back and revisit all of their greatest hits. So well done guys for your return to CCM, we have all missed you! Please don’t leave ever again!