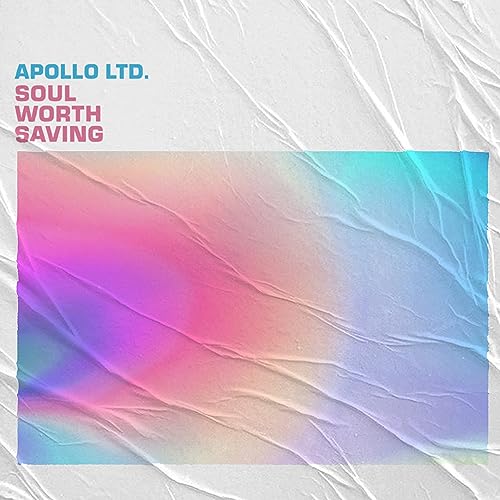 ‘…I’ve said this time and time again, and I guess I’ll forever be saying it, that influential and popular are two different things. Artists like Jason Gray, Lucy Thomas, Philippa Hanna, Andrew Peterson, The New Respects, Marie Miller, even Cimorelli and now Apollo LTD; aren’t popular in the grand scheme of things, but I’ve always felt that if an artist isn’t popular by every single metric that mainstream modern music places on criteria for being popular, then that’s generally a rule-of-thumb that this artist is creating something deep, meaningful, personal and heartfelt, so much so that mass media and people generally aren’t going to gravitate to that…and that’s the artist whom we should all be excited to listen to and check out. Apollo LTD may not get to the heights of Coldplay…or maybe in ten years, they will. But they potential fame need not be any factor in deeming them to be impactful and influential in this time period and into the future. For you can have a very small fan-base and not be as popular in the eyes of the general population, and still evoke emotion in someone and challenge their status quo. Just like how the TV show Chuck back in the day was deemed as the ‘little show that could’, so too are artists and their discographies that aren’t necessarily as ‘wow’ as someone else’s; but can still remind us of the fragility of life, and the necessity of something worth fighting for that is much bigger than you and me.
Apollo LTD has given us that- especially in songs like ‘Gold’, ‘Always You’, ‘On the Way Up’, ‘Patient’ and ‘You’, as both Adam and Jordan have carved up a piece of music that we can hopefully relate to. Even if we may be hesitant to start on the journey of listening to Apollo LTD for whatever reason (we think, ‘gee, it’s another pop band akin to that of Imagine Dragons’, why do we even want to invest in a band that we think is a knock-off of another one!), I reckon that the song ‘Gold’ alone ought to give people at least some intrigue to try out the band’s music, albeit only once, and then they can go on their merry way. But maybe, just maybe, Jordan and Adam can convince us all of the necessity of a little-ol’ band called Apollo LTD, in this vast sonic space where bands are chewed on and spat out at a more alarming rate, than the rate of 1st-season network TV shows being cancelled every TV season. While this list of ‘Influential Artists of the Next 5-10 Years’ can be a little too arbitrary (for any outsider’s liking), what is unique about any list, of any kind, is its subjectivity. This blog series is not gospel, and we’ve said this before. We’ve decided to discuss Apollo LTD, and it’s ok if you don’t think that fits your list at all, or if you firmly believe that us discussing about this duo, really pushes out another artist/band you really like (take one look down this list of artists in this blog series, and you see that not every ‘influential’ artist can fit into a list of 50- artists like Halsey, CHVRCHES, Kacey Musgraves, We the Kingdom, Luke Coombs, BTS, Billie Eilish, Russell Dickerson and Camilla Cabello are notably absent!). Whatever the case, Apollo LTD has been an artist that has really challenged my own preconception as to how pop music can fit in both CCM and mainstream, in a way that both audiences can love and enjoy it, without the need to venture into the other musical genre sometime in the future. Maybe this band will get off the ground and become CCM’s next-big-band, maybe they won’t. Regardless, these two albums are totally underrated, and present to the CCM-verse that ‘mainstream’ pop needn’t be shunned as a lot of people within the Christian community involuntary do- which is unfortunate. Mainstream music is equally as needed as Christian, and if God can speak through a Imagine Dragons song, and can speak through an Apollo LTD song, then who are we to even think that God should do something different?…’

Above is a length quote (the final 2 paragraphs) of my blog about Apollo LTD that I wrote in June 2021, where I spoke about their impact and influence in relation to artists who I deemed to be impactful and influential both now, and in years to come. What I discussed in that blog was the band’s first two albums; and surmised that Adam and Jordan have created this duo that has taken CCM by surprise, in the sense that their music is not your ‘typical’ CCM norm…and that’s ok. Their music is a little more ‘mainstream-esque’ and that’s ok- I firmly believe that a lot of the band’s material could’ve crossed over to mainstream pop music radio if the label wanted exposure to different markets in that way. Alas, I don’t think that actually happened, but maybe, just maybe, the band’s new song could change all that- ‘Soul Worth Saving’. Released on July 1st, their new song (could be attached to a new project coming soon, or just on it’s own) reminds us of our worth and our intrinsic value.

Our purpose and our sense of self is tied to that value, and our reason for being and our reason for living is an extension of our belief (or lack thereof) that we are worth saving, that our lives mean something to someone else, that our lives matter…to our family, our friends, to God Himself! We can say that our lives matter because we believe that they do, to the cows come home, but when the rubber meets the road, that is when our family and our friends show up (or they don’t) and they declare with their actions, that our lives matter. That our life matters. And in that moment of difficulty and despair, we can also hopefully have that epithany also, that God believes that our lives matter. That our souls matter. That we have a soul worth saving. Worth pulling back from the brink. Worth Him forsaking heaven, coming to Earth as the fully-God fully-man Jesus Christ, dying on a cross for our sins, and rising to life 3 days later, defeating death and hell, and uniting us sinners with God through the way of Jesus. That is how much our lives are worth to Him. And that is the message of this song- that we need to believe with our hearts, that because of the very fact that God sent His only Son for us, should be reason enough to believe that our soul is worth more than the value that we place on it (or even worse still, the value that our family and friends place on it). We are worth what we’re worth because of Him, and a song from Apollo LTD has reminded me of that very fact. Well done Jordan and Adam for this powerful and emotive song. Looking forward to whatever the Lord has in store for you both, in the upcoming weeks and months ahead!