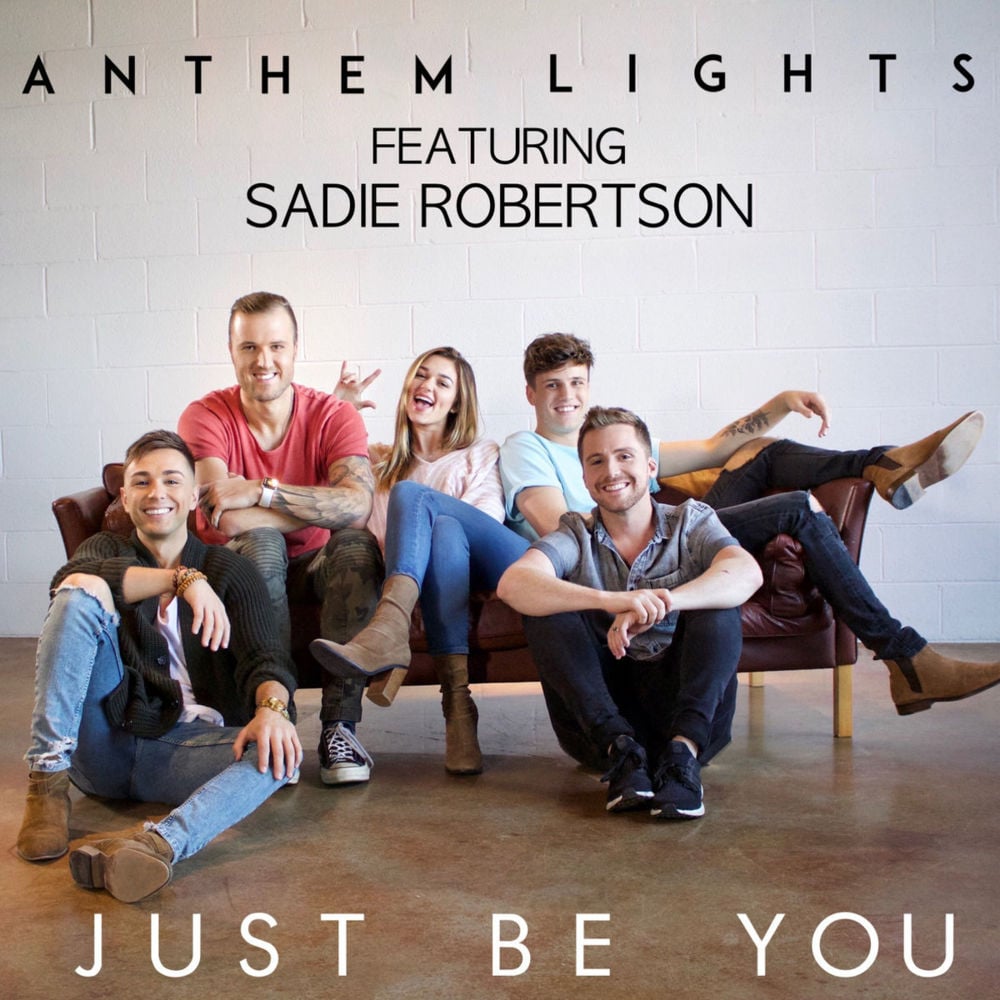 Anthem Lights, formally known as Yellow Cavalier before they signed with Reunion Records; have garnered quite a fan base since the band’s inception. With the band unveiling their self-titled debut album in 2011, an acoustic EP in 2012, 3 more studio albums (You Have My Heart, Escape and Hymns) in 2014, 2014 and 2017 respectively, plenty of cover EP’s and albums (inclusive of a Disney and Christmas EP’s!), as well as plenty of member changes (the exit of Allan Powell and Kyle Kupecky, and the additions of Spencer Kane and Joseph Stamper); this year is the year where they release all new original studio material. The new studio project Painted Skies, funded through kickstarter, released earlier this month, yet Anthem Lights have proudly presented to us a brand new single of…wait for it! Yep, a song that isn’t present on Painted Skies! An all original song as well. Go figure, right! “Just Be You” is an acoustic guitar driven melody featuring the beautiful and powerful guest vocals of Sadie Robertson, of Duck Dynasty fame, so let’s dive in, and see why this song is such a breath of fresh air, particularly in a world where quite a lot of music these days leave much to be desired musically and lyrically. Though plenty of critics may suggest that Anthem Lights have run their course, with member changes, and the bulk of their discography being ‘mainstream’ material anyway; I would have to disagree.

Recorded to promote the Live Original Tour that Anthem Lights, Sadie Robertson, John Luke Robertson, Hollyn, Steven Malcolm and Chris McClarney are embarking on, in late October and early November 2017, Anthem Lights and Sadie harmonise together quite brilliantly, as they earnestly reiterate that there is only one of us in the universe, so we cannot and shouldn’t try to live someone else’s life, nor should we wish to be someone else, as ‘…no one can do it just like you, something magic in the way you move, You’re original, you know it’s true, don’t let anybody take your tune, You ain’t got a single thing to prove, You’re original, so just be you…’. Though only played on the acoustic guitar, Spencer, Joey, Chad, Caleb and Sadie all fervently and passionately impart to us the knowledge that we are unique, and that we are each here on this earth for a greater purpose, simply because we are still breathing. Similar in theme to Britt Nicole’s “Gold”, “Just Be You” comforts, yet also confronts, as it asks the question of are we living our own life or someone else’s. Something to ponder about, huh?

Anthem Lights’ “Just Be You” is a solid entry into what is a varied, colourful and interesting career thus far. Despite the single’s shortcomings (the absence of a full band being something that may dissuade listeners into listening to this track!), the positives here more than outweighs the negatives, namely with Anthem Lights able to reawaken in us the notion of worshipping Jesus through the simple yet effective melodies, though not necessarily mentioning Jesus by name. With their faith keeping them grounded, I am certain that this band will be within the CCM/pop industry for many, many years to come. Well done Anthem Lights for such a captivating and cheerful melody, and well done to Sadie for enhancing this track all the more! Bring on Painted Skies!

3 songs to listen to: Just Be You as many times as you want, until you want to check out the band’s latest album Painted Skies!