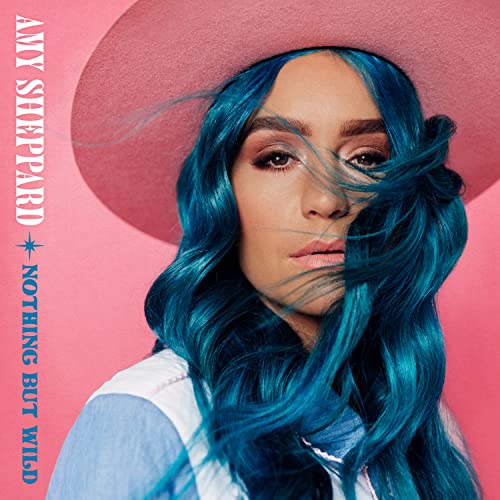 As an Australian, there’s something about Australian artists that seem more… honest? Authentic? Personal? Vulnerable? The fact of the matter is that any artist in your own country seems all the more relevant and relatable; and for me, that’s artists like Keith Urban, Guy Sebastian, Delta Goodrem, Tina Arena, Vanessa Amorosi, Jessica Mauboy, Amy Shark, Anthony Callea, Missy Higgins, Natalie Imbruglia, The McClymonts, Kylie Minogue, Olivia Newton John, John Farnham, and Jimmy Barnes- to name a few. If you live in England, then presumable British artists like Robbie Williams, Little Mix, One Direction or Ed Sheeran will resonate with you more, or if you live in America, then I’d guess you’d be more partial to American pop artists, or even American country artists. Where you grow up has a massive influence on the type of music that speaks to you the most- and for me, it’s Australian music. One of these artists whom I haven’t yet given the chance of listening to, is Sheppard. For some reason they didn’t click with me, but I always heard them on the radio, and thought they were ok. Yet, as lead singer Amy has this year branched out on her own and has unveiled an EP of country music (one of my favourite music genres!); I thought ‘why not?’. And thus, the result is 6 songs of Aussie goodness and the traditional country sound that makes me love the entire genre all so much. Amy Sheppard isn’t a household name. but with this EP, she might be on her way.

Nothing But Wild from Amy Sheppard – Track by Track

“Nothing But Wild” is about escaping the city as often as you can. It’s about reconnecting with your wild side and doing it with someone you love. Written on my first trip to Nashville in 2019, it encapsulates themes of adventure, spontaneity, and freedom. It was my debut single, and I felt it was the perfect way to introduce myself as a country artist. The music video for this song will always hold a special place in my heart as I filmed it with my husband Lachie as the romantic lead.

I think every country music singer loves to tell stories; many are rooted in truth, and some are whimsical love stories. For this one, which was the first one I wrote for this project, I was inspired by the big, luscious ballads of the 90s from Shania, LeAnn Rimes and Faith Hill. It’s the story of a country starlet who goes back to her hometown, walks into a bar and hears a familiar voice singing on stage and he’s playing his blue guitar. The same blue guitar he used to write songs about her once upon a time. The same feelings come rushing back and she can’t help but wonder if the songs he sings today are still about her.

“Sometimes You Learn” is a song about finding your power once you’ve gone through a breakup. It’s about dusting yourself off, knowing your worth and remembering to put yourself first. I had such fun writing this and I have made it the opening number of my set as it gets the crowd going and sets the tone for the rest of the show.

“Couple Goals” was written about my husband Lachie. It’s about knowing that you’ve found “the one” and fantasising about your life together. It’s one of the more pop-leaning tracks on the EP and I’m so happy how the final version turned out. I wrote this one with the Wolfe Brothers in Tasmania.

“Flavour” is a song about wanting to get a little taste of someone. It’s a tongue-in-cheek song with lots of food imagery and flirty vibes. This one also leans to country pop, but I like that I have the freedom to blend those two worlds of mine. It’s a bit of fun really. Written with George Sheppard, Jay Bovino and Phil Barton.

Also written with the Wolfe Brothers, “Home to Me” explores the idea that home can be a person, not a place. It’s a classic love song with folky rhythms and sing-along melodies. This is the kind of country song that I’ve always wanted to write and record, a song that unites people through melodies, rhythm, and a relatable theme.

I tried to find a quote from Amy about the album to insert it into this review, but all I found was the story behind each of the 6 songs. And as I’ve embedded the quote above… you might say that this ‘review’ is redundant- as Amy has ‘reviewed’ these songs for us anyway. And quite possibly, you may be right. But as I quickly gloss over these melodies and agree with Amy in what the songs mean and how they make us feel; I’ve realised that giving your own opinion is worth it- even if it is the same as someone else’s. The album opener and title track “Nothing But Wild”, is a powerful, guitar led ballad about escaping the noise and the busyness of the city and retreating back to nature and the simplicities of life, and is the perfect reminder to always take time for yourself and to slow down in order to take care of yourself physically, mentally, emotionally and spiritually. “Blue Guitar”, a story-song, speaks about a girl who has travelled back home after time away, and discovers her crush from eons ago still singing in the same bar on his blue guitar that he sang songs for her a long time ago- and the song asks the question whether the guy still loved the girl or not. And though this song lyrically may not be about Amy herself; the fact still remains- that while wishing upon the ‘what-ifs’ are good, we can’t stay there, as we need to move forward in our lives. Reminiscing about a ‘blue guitar’ is fine, but if it keeps us from living, then it’s not fine- but it may be stifling and crippling.

“Something You Learn”, an empowering, passionate, and powerful anthem that speaks about moving on after a break-up, also speaks about learning an incredible amount of life lessons after such an ordeal; while “Couple Goals”, one of the most pop songs from this EP, speaks about Amy’s marriage with her husband Lachie, and about how their relationship is rock solid and that she loves him immensely. “Flavour”, with plenty of food puns, speaks about Amy’s love for her husband yet again; while Nothing But Wild ends with the acoustic guitar led emotional ballad “Home To Me”, where Amy declares that her husband is home to her, and that ‘…the moment that I saw your face, I knew I had found my way, I’ve been everywhere and in between, but you are always home to me, baby, no one said it would be easy, cause we are heading on the road that isn’t travelled, on, we’ll ride the highs and lows, darling, we’re gonna make it your don’t have to fear the night, with you and I the stars align and brighten up the sky…’.

Amy Sheppard’s brand of country isn’t that unique or creative. But as a solo artist, her passion, emotional and vulnerability here ensure that she nonetheless has a bright future. With Amy’s solo work not even hindering Sheppard’s band status; Amy’s full length solo album should release… sometime soon-ish I reckon. With Amy’s melodies striking a chord with I’m sure many of us; let’s dive back into Nothing But Wild. It’s not an outstanding EP… but an honest EP and a solid one nonetheless. Well done Amy, I can’t wait to hear what’s next from you.

3 songs to listen to: Nothing But Wild, Blue Guitar, Home To Me