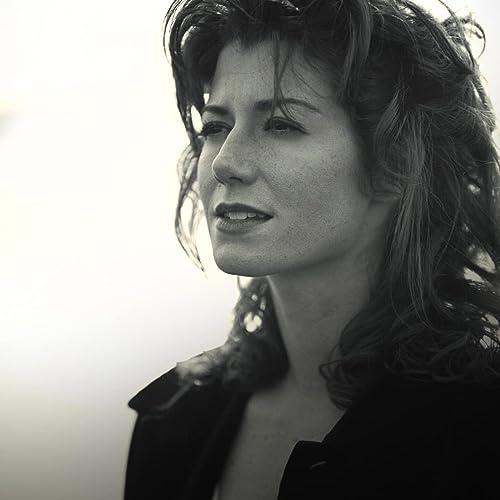 Amy Grant is a legend in her own right. Her impact and influence within the confines of Christian music (as well as throughout all of music, everywhere) is unparalleled and unprecedented, and together with artists like Michael W. Smith and Steven Curtis Chapman, pioneered CCM in the 1980s and the 1990s, making it essentially, what it is today. Amy’s impact and influence has been so unique, powerful, and compelling, that we as a site decided to write a blog post about her music, around a couple of years ago- in it, we discussed her charting albums like Heart in Motion, House of Love, Unguarded, Age to Age and Home for Christmas, to name a few. Now, years upon years later, Amy is still impactful, memorable, and heartfelt, and the unveiling of Amy’s 25th Anniversary of Behind The Eyes is equally no exception. While this album is technically 25 years old (and most of her recordings on this 25th edition, are also recorded around that time too), that doesn’t stop this album being one of my favourite deluxe-edition/best-of compilation albums of 2022 thus far, maybe even coming close to Robbie Williams’s XXV. With her known songs like ‘I Will Be Your Friend’, ‘Takes a Little Time’, ‘Turn This World Around’ and ‘Somewhere Down the Road’ anchoring Behind the Eyes thematically and musically, this is a must-listen (and maybe even must-purchase) if you’re a big fan of Amy’s in the past, enjoying both her CCM and her mainstream material. Or even if you aren’t necessarily a big fan of Amy, this album still ought to be checked out, at least once- so that you know if the album actually holds up after 25 years, and whether the same sentiment towards the album, felt back then, can still be felt right now, in 2022.

Behind The Eyes released in 1997- and now 25 years later, is still powerful, enjoyable, emotional, heartfelt…just plain epic, I reckon. Yes, I know I was never really much of an Amy Grant fan back in the 1990s (I thoroughly enjoyed artists like Carman and Delirious? though), and it’s only recently (the last few years) where I’ve started to branch out and listen to some of Amy’s music on the regular; but from the get-go, Behind The Eyes is a much more ‘lesser-known’ album compared to some of Amy’s more publicised- Heart in Motion, House of Love, Lead Me On and Simple Things to name a few. And maybe, it’s a bit unfortunate that the album Behind the Eyes seems to be ‘lost’ within the shuffle of her other prominent albums, but at least 25 years later, these songs can be revisited, enjoyed and respected without the other songs and albums ‘flooding it’ like how it was back then. Behind The Eyes– the album as a whole, as well as individual songs, remind us that oftentimes, it’s the lesser-known songs (from lesser-known albums) that hit the hardest, that impact a life the most. Standing at 30 tracks (with 2022 versions of the songs ‘I Will Be Your Friend’ and ‘Turn This World Around’), Amy’s songs are a reminder, that songs still from the archives can still be thoroughly enjoyed, that new isn’t necessarily ‘better’.

A perfect gift for any fan of Amy’s music (both now and previously), Behind the Eyes (original version) tends to be overlooked in favour of the rest, while this 25th Anniversary Edition allows us to revisit an underrated album and really understand it for what it really is- underrated. Sure, the album isn’t as flash as Heart in Motion, nor is it as ground-breaking as Lead Me On, but it does show us a snapshot of the life of Amy that was circa around the late 1990s- and with songs like ‘Takes a Little Time’ and ‘I Will Be Your Friend’, still has relevance and meaning, even today. As spoken by Amy herself back in the day, ‘…making this album was quite a growing experience for me, as a songwriter and as a person. If I were to start putting together a new album today, it would be all together different. That’s the beauty of songwriting, of recording. We get to freeze a moment in time, a flash of emotion, a reminder of hope. Then, when you refer back to those moments, the tapestry of life, with its layers of laughter and tears, testifies to the glory of being alive. What a deep, rich gift God has given to us. I guess we never stop growing or discovering what’s around the bend…’ Well done Amy for this expanded edition of a 1990s album classic. Maybe Simple Things (20th Anniversary Edition) could release next year (and then House of Love (30th Anniversary Edition) next?)? Who knows. We’ll just have to wait one year to find out! Till then, let’s listen to the timeless classic ‘Takes a Little Time’ again, shall we?

5 songs to listen to: Turn This World Around, Takes a Little Time, I Will Be Your Friend, Somewhere Down the Road, What Kind of Love