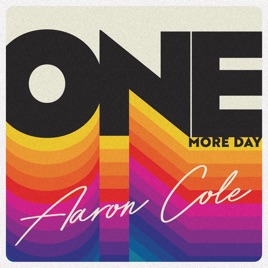 Aaron Cole is the newest signing to Gotee Records. Home to today’s most underrated artists (Ryan Stevenson, Hollyn, Finding Favour, and now Aaron Cole), the label, though only housing 4 artists, was once a pretty big label that signed artists like Ayiesha Woods, B. Reith, GRITS, Family Force 5, House of Heroes, John Reuben, The Katinas, Out of Eden, Relient K, Sonicflood, Sarah Kelly, Jamie Grace and Stephanie Smith, to name a few (all of which have since departed the label and are now continuing independently or have moved on from the music industry to other projects). While small in artist number, what it makes up for is talent, and a lot of it. All these four artists (inclusive of Aaron) bring to the table a slice of uniquely crafted music- worship/pop (Ryan Stevenson), pop/rap/hip-hop (Hollyn) and pop/country/southern gospel (Finding Favour). The rap/hip-hop vein has continued to be focused upon with Aaron’s induction into Gotee Records, and as we hear his debut label single ‘Right On Time’ and his follow-up ‘Times Square’ (which we as a site haven’t reviewed as of yet…but we will soon!). Now this past week, we have been gifted and blessed with a new song from Aaron titled ‘One More Day’, where the music harkens back to something from the 1980s or 1990s, as nostalgia creeps in and creates a happy power pop melody that fuses together R&B and pop to create a song that challenges artists like Michael Jackson, Royal Tailor, even TobyMac himself as Aaron Cole creates a genre of music of his own and is fast becoming what I reckon is one of the most musically unique new artists within the last few years or so (alongside NF, Zach Williams and I AM THEY). Discovered yet again by the ever-reliable TobyMac (who is also the founder of Gotee Records), we as listeners and critics alike are sure to assert that Aaron’s future in music is secure, as this track becomes one of the most musically different songs of 2018 thus far!

‘…I came in as a Christian artist, that’s how I’m going to stay. To be real, if we’re being honest, even if the ones that say ‘rapper that’s a Christian’, to the world we’re still seen as Christian rappers. You can try to break out of the bubble, but we’re talking about God and our life experiences in a godly way. They’re going to say, ‘Oh he’s a Christian rapper because it’s something different’. This is my opinion, I have friends that are rappers that are Christians, but me, I’m just a Christian artist, I do a little bit of everything…’ Aaron’s above quote is at the crux of what he wants his music to be about, and where He wants the platform of his music to venture towards in the upcoming months ahead. ‘One More Day’ gives us a glimpse into such a future as this, as Aaron presents a song about thankfulness, how we ought to live each day as a gift from the Lord because we never really know what is going to happen in the future, thus now and starting from now, we can’t take any moment for granted. Which is in essence what ‘One More Day’ is about. Primarily Aaron singing through verse and chorus rather than just rapping as he has done in the past, we see the versatility which is Aaron Cole– ability to rap but also to sing melodies and harmonies if required. That makes his style very much unique, because much of today’s rappers, both mainstream and in the CHH industry, only just rap and that is it. Aaron has tried his hand at both, maybe more so singing since he signed to Gotee Records, but nevertheless, he can and is able to sing and rap, which is a gift. Which I reckon will be on the heels of what is going to make him go far as an artist in this business that is sadly, about business more so than relationships. Nevertheless, this is a great platform to build upon, and if Aaron’s material in the future is anything like ‘One More Day’ or ‘Right on Time’, then Aaron’s future is nothing less than bright and exciting!

‘…I remember in junior high just enjoying being a regular kid, but I would get picked on because I wasn’t smoking, drinking or getting in trouble. One afternoon I came home and told my dad what was going on and why, and he shared that he thought I was called for a purpose and that this calling would cost me to not be like everyone else. It was that moment that I encountered God for the first time for myself, and I knew I was born to do this and began writing and putting my own songs together…’ With Aaron’s music being a fusion of R&B, pop and hip-hop, ‘One More Day’ is a glimpse of what is to come for this promising artist on Gotee Records. With his vocal talents already being featured on many artists’ albums, from Hollyn and Canon to DJ Maj and Deraj; we can be quietly excited for whatever Aaron delivers to listeners next, if ‘Right on Time’, his song from September 2017, and this new one, is any indication, for what type of music he is going for in the future. Well done Aaron for such a catchy song (and will be a very, big bolter into WOW Hits 2019- as I’m expecting ‘Right on Time’ to be a shoe-in), can’t wait for the future and what the Lord has in store in the months to come. An EP or a full length album in the future, maybe?