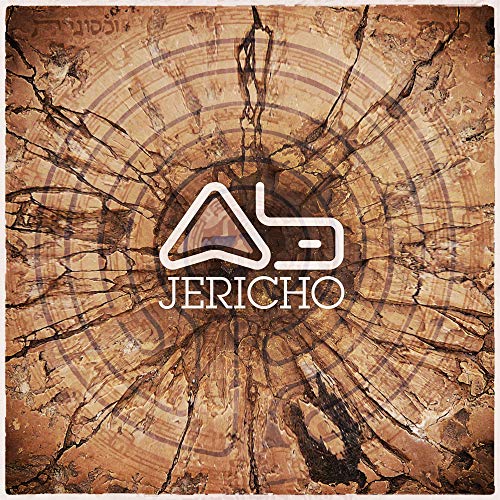 Everyone knows “God of This City”- even if they don’t know Bluetree. But if you are still unfamiliar, let me give you a quick run-down. The song was made famous by Chris Tomlin on Passion: God of This City in 2006, and on his 2008 Hello Love album; and if you’re a fan of Chris Tomlin, then you obviously know that he didn’t write the hit song. As is the case with other bands/singers who were only songwriters early on in their career, people may not necessarily know the men behind the song if the artist didn’t write it. Yet Bluetree, from Northern Ireland, are one of my favourite worship bands in Britain (alongside Delirious? and Rend Collective) and were one of the most unique and interesting worship bands, alongside Rend Collective, in the current modern CCM scene. Yet all good things come to an end, and Bluetree quietly disbanded a few years ago. For what reason, I don’t know, but what has resulted now is the debut solo project of Aaron Boyd, former lead singer of Bluetree. With his debut album Jericho releasing in mid-September this year, the title track and lead single dropped a couple of weeks ago; and in light of how much I loved the band Bluetree while they were active (as well as their songs such as “You Were You Are”, “Jesus Healer”, “It Is Finished”, “Shine”, “You Are My Rock”, “Life’s Noise”, “Each Day” and “My Redeemer Lives”); I thought ‘why not review “Jericho”, especially if Michael Tait is involved as a guest vocalist?’! Well, let me tell you that though Bluetree has wowed me time and time again; Aaron’s debut single…not so much.

If after I listened to “Jericho” a few times, and each time I concluded that Michael Tait’s guest vocals are the best part of the song, then that is worrisome. It’s sad because I know for a fact that Aaron is a brilliant songwriter, case in point his entire discography with Bluetree; yet something inside of me isn’t connecting with “Jericho”. Don’t get me wrong, the song is good, but I think I expected something more- something different musically, but all I heard was Bluetree under a different name (which is fine, but why disband when the solo stuff sounds just like the band material- granted I’ve only listened to one song from Aaron, and there’s only one song released from Aaron, but still!). I expected a ‘wow’ factor but especially after I heard the second verse being the exact same lyrics as the first verse, I though ‘meh, nothing special’. Michael Tait’s presence here is a highlight though, as is Aaron’s enthusiasm and passion (which you can see in the music video, which strangely omits Michael Tait’s vocals!), and not to mention the strong lyrics that declare that we as a people of God can conquer any adversity just like how Joshua and his troops conquered Jericho; however this is still a song that I won’t listen to over and over on repeat. The album though may be good, and there’s still 3 weeks for me to ponder over this song, and maybe my opinion of it will change; but as it stands right now, this song is mediocre, at best.

One of my favourite UK bands ever, it’s a shame that Bluetree disbanded, but great that we can hear what Aaron Boyd is up to next. Jericho the album is still a project that I am very much looking forward to, even if the single underwhelmed- and it still remains to be seen if Aaron sparkles in his debut or falls flat- and if this effort sounds like Bluetree or not. Nonetheless, there’s no denying the passion here, so check the song out and let me know your thoughts. You already know mine as of this point, and if you want to know my full opinion on Aaron’s album, you just have to wait a few more weeks!