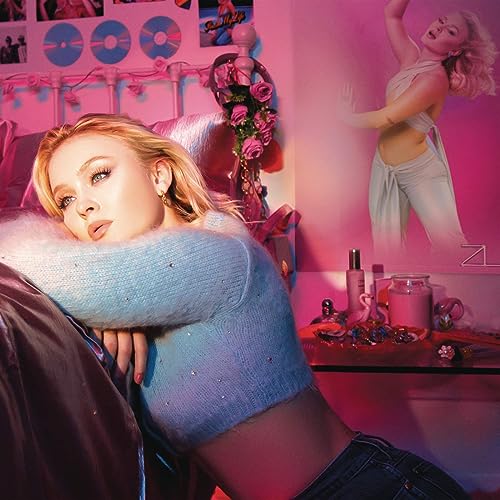 I think I’ve said this once, but I’ll say it again. COVID-19 has completely derailed the plans of probably everyone in the whole world ever since early last year. Wanting to go on an overseas trip? Can’t because of COVID. Wanting to go to the movies? Can’t, because of COVID. Wanting to have a big birthday bash party with a gazillion people and a big pool and a barbecue? Can’t, because of COVID. There’s lots of things that COVID-19 has disrupted- and even though right now places are starting to open up a tiny bit- and even though things are getting back to normal (or should I say the new normal?), there’s still hesitation. I mean, why wouldn’t there be- the vaccine is out but is it effective for everyone across the whole world? For everybody who is unsure and would rather stay at home until we can all gain some semblance of control, or even for those of us who are eager to get out there in the world, but are also apprehensive as to how to interact with the world after spending so long away… well we all need inspiration and encouragement, am I right? We all need something to lift us up and be the catalyst for that extra spring in our step every morning, right? Well as much as I reckon we should all listen to Demi Lovato’s Dancing With The Devil: The Art Of Starting Over; that hard-hitting, moving and emotional album is immensely heavy and maybe not suitable if you just want to dance and jam and have fun. For during COVID-19 if you want to move your feet and temporarily toss your worries aside, then let me say look no future than Zara Larsson’s Poster Girl, which released last month.

I felt a little confused [which was why I delayed Poster Girl] — it was a bit all over the place. Which is kinda my personality, I can’t lie. I put my stuff everywhere, my thoughts are everywhere. And even though these days people listen to mostly playlists, I still wanted this album to make sense as a project. Justin Tranter and Julia Michaels really helped me out with that. I picked the songs I really liked, and they were on the same page: “Thank God you like these songs, because these songs you’ve done are our favorites as well.”

From there we just started building it around the vibe of the album. I was very inspired by ABBA. They brought it up: “This is giving me modern ABBA feels.” I started listening to a lot of them, and a lot of Robyn, actually — just Swedish legacy icons that I’ve been hearing my whole life, but never really gave the attention they truly deserve. I’d never sat down and said, “Let me really listen to this, the melodies, the lyrics.” And I was thinking about the future — what will make a really good concert. I like to write songs, but I’m a performer first and a writer second.

A Swedish pop star who really burst on the scene with the smash hit and Clean Bandit collaboration “Symphony” in 2017, I literally knew nothing of Zara and her music as I took a risk and stepped outside of my comfort zone. I knew I wanted to stretch myself musically, so I went off me resonating with “Symphony” and extrapolated that with Zara’s latest album Poster Girl. The result is me thoroughly enjoying a pop album- and though some songs have messages that aren’t as hard hitting nor inspiring as others; the album overall is solid, and I definitely would recommend to anyone wanting to have a ‘soundtrack’ album for dancing, or just to put on in the background and unwind. Album opener and first single “Love Me Land” is an intense pop banger at just under 3 minutes in duration, as Zara earnestly describes the intense feeling of being in a new relationship and realising that she is in love again after a long time of being single. Co-written with Julia Michaels and Justin Tranter, Zara reminds us to cherish your significant other and to love them deeply, and to always let them know that they are special- and though this song on the surface isn’t anything special, a deeper look reveals that the song champions relationships and security and just the feeling of being completely happy in the moment- and that’s definitely a feeling we all can get behind. “Talk About Love”, the album’s third single, questions the meaning behind the word ‘love’ when we say it to another person, as Zara openly declares that she won’t say the word until she is ready. This notion of waiting until the ‘right time’ is indeed admirable yet the song also reminds us that we as people can’t be so indecisive about decisions to do with the heart- sometimes we need to go with our gut no matter how scary it is because if we wait too long, the moment passes; so Zara’s in-your-face song is like a mirror looking back at us, asking us the question about when we are ready to commit to our loved ones.

The rest of the album presents us with a dance/pop sonic landscape with plenty of deep lyrical content to dwell upon (or to not dwell upon, depending on your preference!). “Need Someone” is a shout-at-the-top-of-your-lungs summer party anthem that essentially relays that we as people don’t really need companionship or a significant other to complete us. The song also implies that person X shouldn’t ‘make us whole’ and we also shouldn’t say that without so-and-so, ‘we’re less of a person’. Having someone in our lives should stem from a want, and not a so-called need, and this song drives home the point quite well; while the confrontational “Right Here” delves into the issue of porn addiction, and the prevalent issues facing young men in society today- that we as men can’t even appreciate the women in our lives as people without going to our phones first. It’s an issue that needs to be talked about, and if this song stirs up an uncomfortable discussion, then I’m all for it! “WOW”, a somewhat repetitive, and albeit unnecessary track, reminds us that our significant others are considered beautiful in our eyes no matter what they look like, and is enhanced by Sabrina Carpenter in the remix single version (which should have been included on this album!); while the eye-opening title track dives deep into Zara’s frank admission of her weed over-usage and overreliance, as we again look at ourselves in the mirror, and ask ourselves which thing in our life is toxic that needs to be rid of that we’re somehow right now the ‘poster girl’ for that we shouldn’t be? Confronting and uncomfortable, isn’t it?

“I Need Love”, a autotune and synth heavy pop tune speaks about Zara’s undying need for love in her life- reminding us all that us humans are wired for connection and wanting to engage on a soul level with friends, family and spouses and any other relationship in between; while the party anthem “Look What You’ve Done” delves into appreciation to an ex for helping you become the person who are meant to be via them breaking up with you. It’s about dodging a bullet, and appreciating the hard times that lead to the good times- a less savage version of Demi Lovato’s “15 Minutes”. “Ruin My Life” is Poster Girl’s darkest moment, as Zara enters the psyche of someone in an abusive relationship, declaring herself to be ‘in love’ with the person who abuses her; and this is the song that we all should listen to, and all vow to never let a relationship come to that- to be an abusive one and have a relationship so warped that is destroys everything and everyone… is a sad and heartbreaking relationship indeed. “Stick With You” is next and is of a similar theme to “Ruin My Life”, as this song is sung from the point of view of the person being ‘abused’ and declaring that they’re going to stick with their ‘significant other’ because they love them. It’s a situation that is complicated and a situation that can be messy- and this confrontational song also needs to be listened to in order to ensure that people around us and our friends and family feel safe and loved and accepted. Call this song a warning type of track, but Zara reminds us that harrowing things in this world do occur shockingly.

“FFF”, short for ‘falling for a friend’ speaks about the ever-true situation of someone falling for a friend, and worrying that they won’t feel the same way, as Zara reminds us that love isn’t selective or choosy, and that most of the time if we’re honest, things will work out in the end. We can’t keep stressing over what ifs or maybes (regarding anything in life!), thus this song a gentle reminder to always take risks and just see what happens (or ask God to help us guide us on the right path!). Poster Girl ends with the extremely explicit and cringy “What Happens Here” as Zara sings a song about ‘female empowerment’ which is actually about sex. It’s a song I would like to forget about rather quickly… so the less said about this track the better.

It’s literally impossible to be intimidated by Justin and Julia, and that’s why I think people work so well with them. Not only are they the most talented writers on the face of the earth, but they are also extremely nice, very warm and welcoming. You feel safe when you hang out with them. You feel like: It’s mom and dad! That’s why I love to write with them. They just throw out [ideas] and it’s all great, but I need to be really comfortable to open up.

I’ve never been a writer like that. I’m not a girl who goes into my bedroom and sits and opens my book and writes down words. No, I go in front of my mirror and perform for my fake crowd. So it’s easier to write with them because no idea is bad, it’s just us three writing, and I feel very involved. It just proves that being nice is always the best way to go.

Apart from the album closer, Poster Girl is an album that challenges us, that reminds us of a lot of issues that aren’t talked about often enough- abusive relationships, drug addiction, the need for love vs the want for love, and the notion of taking risks in general. It’s a pop album with a message, and Zara needs to be commended for this energetic and hopeful effort. Poster Girl hasn’t turned me into a Zara Larsson fan… but it does make me curious as to the rest of her career going forward. Mainstream pop like Zara’s music still isn’t in my wheelhouse, but can I say well done Zara for somehow gaining all of my attention for the duration of the album? And as for all of you, can I say listen to this project and make your own decision? You might be into songs like “What Happens Here”… Actually, nah, I really hope no one likes that song! Now how about an acoustic album or a Christmas album next?

3 songs to listen to: Need Someone, Right Here, I Need Love