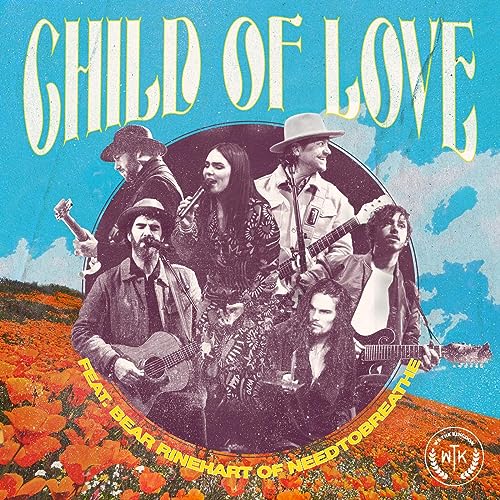 ‘…as I look around at all of the worship artists (solo and bands) out there; I’m left wondering. Are we in fact at worship saturation point? Well… quite possibly. It’s the point when a worship artist releases a new song, and then we all shrug our shoulders and go about our business- like we don’t really care anymore whether a worship artist releases something new or not. I know I have felt that many times with Planetshakers… but the point is that there is a time, maybe now or maybe into the future, whereby new bands come and they sing praises to Jesus, and we definitely aren’t as excited anymore. For me, worship saturation may be very applicable to some bands (like the aforementioned Planetshakers as well as Jesus Culture and Bethel Music!), however for this next ‘new’ band recently signed to Capitol Christian Music Group, I’m definitely not at saturation point yet. Because We The Kingdom musically is something different. Similar to I Am They, Zach Williams, Passion, Rend Collective and The Crabb Family all rolled into one; the band comprises of songwriter Ed Cash and his family (brother Scott, children Franni and Martin as well as close friend Andrew Bergthold) and is probably the most energetic band since Rend Collective. I know, I know, it’s a bold statement, but one listen to their debut EP Live At The Wheelhouse EP and one or more watches of any of their live videos on Youtube will quickly change your mind. What will also change your mind is the group’s debut album Holy Water which released in August 2020…’ This above quote was from a recent review that we did on the site for We the Kingdom’s first album Holy Water that was unveiled in late 2020. The review of the album was undertaken by my brother Josh, and so I myself haven’t been as across this band as I know that I should. Nevertheless, from what I have heard of this group (songs like ‘Holy Water’, ‘Child of Love’, ‘Cages’, ‘God So Loved’, even ‘Peace’, a collab with Bethel Music, and ‘SOS’, a cover from a Brandon Heath song initially released in 2015), We the Kingdom are in fact very much enthusiastic and passionate, and ought to be one of the most intriguing and rejuvenating new CCM acts out there, ever since Zach Williams debuted all those years ago. Yes, ever since then! And so while We the Kingdom will probably never hold a candle to inventive groups like Rend Collective or even Delirious?, their infectious joy and their obvious camaraderie (because they are close friends and family) cannot be ignored. With the band still on their emotional high due to their highly acclaimed success of Holy Water, the band have unveiled to us another musical offering, this time a remix of ‘Child of Love’, this time adding one of music’s sought-after vocals (I reckon!)- Bear Rinehart of needtobreathe.

‘Child of Love’ was one of my favourite songs from We the Kingdom’s debut album Holy Water. A joyous melody about declaring who we are in Christ, and shouting out our identity from the mountaintop, because we know who we are in Christ, and our joy exuding from us can’t be contained; ‘Child of Love’ is one of the most happy and enthusiastic songs I’ve heard in quite some time…dare I say that it can probably be for this generation, what Delirious?’s ‘The Happy Song’ was way back when? Maybe, it could be…but what I really do know now, is that Bear Rinehart was a perfect fit for the new version of the song- his voice compliments the song as well, and almost sounds like Bear was part of the band to begin with. Bear Rinehart brings another depth and uniqueness to the song, as we see how a little tweak here and there, can elevate a track so high that I reckon this new version, will go farther than the original. A song that has become an anthem for people within the last few weeks and months, we see a song that can hopefully change the worship landscape for the next few months ahead. Well done We The Kingdom, and Bear Rinehart for this collaboration. Maybe a collaboration with Zach Williams next?