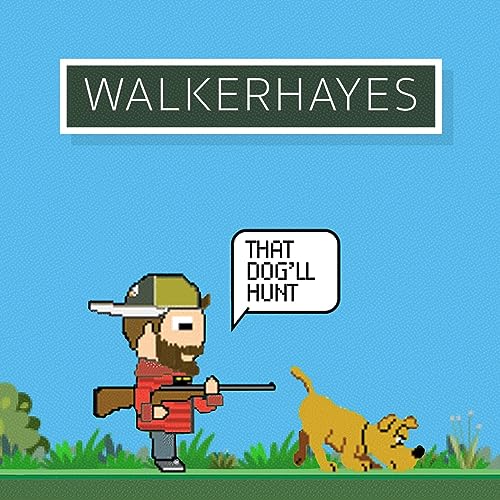 Walker Hayes is one of the most polarising artists in country music. I reviewed his new album Country Stuff The Album right here; and in that review, I essentially outlined (and I quote verbatim!) that Walker Hayes’ latest album Country Stuff The Album, with an on-the-surface similar vibe and atmosphere to Life Rolls On, was an album that I didn’t have high hopes for. I was intrigued- simply because the genre was country, and generally I’ve never been steered that wrong by the genre before; however, I was still apprehensive. Sadly though, on the whole, after a few listens to this poppy and honest album over the past few weeks or so; I can conclude that we are presented with an album that I pretty much expected. A ‘cool’ and ‘hip’ mash up of country and pop, that country purists would immediately balk at; Country Stuff The Album tires to be modern and includes a number of guest vocals. Yet Walker’s new album doesn’t reinvent the wheel of country music. Yet it’s not that much better than anything from Florida Georgia Line. And that’s definitely not a good thing. You can read more about the review if you want to… but I didn’t paint a pretty picture of the album. Save for a few tracks, Country Stuff The Album was musically and lyrically all over the place. The title track was actually one of the high points of the album… and that’s saying something.

Over the past few years, I’ve become a country music fan. I didn’t think it would happen, considering that I do not live in America, and aren’t accustomed to the country small town culture; but artists like Maddie & Tae, Carrie Underwood, Lady A, Rascal Flatts, Maren Morris, Shania Twain, Faith Hill, Martina McBride, Tim McGraw, Chris Stapleton, Mickey Guyton, Tenille Townes, Tenille Arts, Ingrid Andress, Thomas Rhett, Kelsea Ballerini, Lindsey Ell, Little Big Town, Sugarland, Hunter Hayes, and Cassadee Pope (and Taylor Swift of course!) have all impacted greatly upon myself; as each of these artists and more have created moments of poignancy, epic awesomeness and magic. There’s something special about a country artist; and despite my not-so-enjoyable experience with Walker Hayes’ album; country reviewer Grady Smith reminded me in his deep analysis on Walker in a 20-minute video, that he is trying and he is vulnerable and authentic in some of his other songs pre-Country Stuff. And so, I decided to try again and give Walker another chance. I reviewed “Y’all Life” a month or so ago- it is a pop/country track that Walker unveiled without much buzz or fanfare, and sad to say… this makes Country Stuff and all of the tracks on it seem like the ‘best tracks ever’, and that’s not a good thing.

Walker’s heart is definitely the right place though. In the music video for “Y’all Life”, Walker is dancing and doing these jazzy and poppy Tik Tok moves that garnered him fame from the Fancy Like music video and the Tik Tok viral dance video as well. But “Y’all Life” is not a country song at all (it’s a pop song!), and lyrically, the song is a bit of a mish mash. Walker seemed to throw a bunch of rhyming lyrics together that have nothing to do with each other, and though the song is extremely catchy (and when I’m not listening to the lyrics, I’m dancing and tapping my toes); the lyrics don’t make sense, and Walker is generically speaking about country life in a small town. If all I’m doing is listening to and jamming out to the music… is this song even worth a spin? And so… with that ‘re-hash’ of what I said in my review of Walker’s poppy track… now it’s time for a new Walker Hayes melody. “That Dog’ll Hunt” is a song inspired by the saying in the south where Walker is from, and also about a dog he owned. The song was released on International Dog Day; but unfortunately, this song is even more grating and irritating than “Y’all Life”. With “Y’all Life” at least having a bit of a storyline about Walker speaking about country life in a small town, “That Dog’ll Hunt” is more of a generic, broad and nondescript pop song that doesn’t even feel like ‘country’!

My fans are truly amazing…and they tell me the truth. When they like a song I hear about it, and when they don’t, I know I will hear about that too! I wouldn’t be the artist I am today without their input. And I wouldn’t want it any other way. This song I actually wrote way before ‘Fancy Like’ and all that stuff. It’s one of my kid’s favorites and really I think the reason they love it is it’s got a dog bark in it…it’s called ‘That Dog Will Hunt’. Where I grew up, if you took a bite of a burger and it was good, you said, ‘that dog will hunt.’ If a really pretty girl walked by and you saw her, you were like, ‘that dog will hunt.’ If you caught a big fish, it was, ‘boom! That dog will hunt.’ We just said that all the time, so I wrote a song about it and it’s kinda in honor of an old dog of mine named Skeeter. He was a blood hound and I’m not gonna tell you how he died ‘cause it was kinda said, but he was a good dog and he’s in here.

I mentioned earlier in my review of Country Stuff, that by spreading himself too thin and not making this album focused enough musically and lyrically; that Walker has delivered a project that is simply a catastrophe and overall forgettable. I also reiterated that if any of you were wanting a country album with substance, then I would say check out Tenille Arts’ Girl To Girl or Lady A’s What A Song Can Do. That being said though, if you really love Walker Hayes and everything that he does… then perhaps Walker’s debut album is for you. I will definitely not begrudge you at all. After all, you may be really into the TikTok thing and the cringey dance moves. Regardless, Walker is an interesting case, because his next album could be brilliant- he certainly has the song-writing ability to create a great album. So… will it be the next album that brings him to that whole other level of greatness? I certainly hope so. Judging from “Y’all Life” and “That Dog’ll Hunt” though… well, please steer clear from these melodies- these trainwrecks if you will. I beseech you, and I implore you. Hopefully these two melodies will be the lowest point of the next album! And so… shall we keep our fingers crossed now and hope that country albums from Mitchell Tenpenny, Breland, Kane Brown, Little Big Town, Lainey Wilson, Rita Wilson, and Kelsea Ballerini are all winners and near-flawless projects?