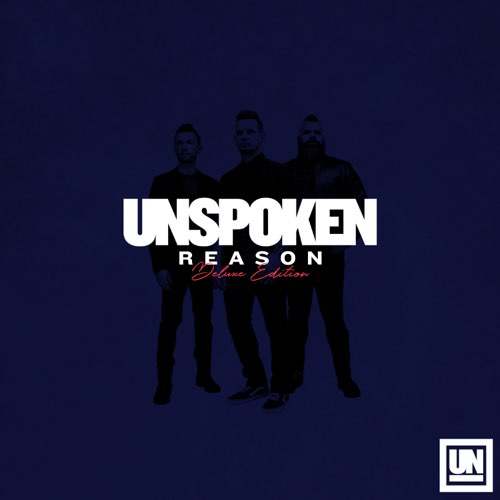 Unspoken have had quite a journey of late. Signed to Centricity Music, Unspoken have come a long way since their 2012 EP release 8 years ago. Fusing together hip hop, pop, soul, funk, acoustic, praise and CCM, Unspoken may be one of today’s most unique, energetic, interesting and powerful, even underrated bands that have spawned to life over the last few years. Mixing together a little bit of Salvador, Jimmy Needham, Shawn McDonald, Dara MacLean, Chris August and newworldson together to form one of the most engaging and life-filling music I’ve heard in years, this group hat formed all the way in the Dominic Republic, has been CCM’s bright spark in and amongst the lost sea of CCM that has been continuously played on radio nowadays. Since releasing their 2016 chart-topping successful sophomore Centricity Music album Follow Through (that spawned the radio hits ‘Miracle’, ‘The Cure’ and ‘Higher’, and even delivered a colourful and ingenious music video in ‘Open the Clouds’!), lead singer Chad Mattson and the rest of the band have reminded us that soul-pop has a place in today’s current sonic landscape and the industry of CCM at the moment. In 2018, they unveiled to us Just Give Me Jesus EP, which led to the powerful singles ‘You’ve Always Been’, alongside the title track.  In 2019, Unspoken have given to us a full-length album in Reason, an album that included ‘Reason’, the title track, and first single from the album, alongside all 5 songs from their EP last year, and a few new ones, for the new album to amount to 12 tracks. Now here in July 2020, Unspoken have released yet another musical offering- this time releasing a deluxe edition of Reason– expanding the track list from 12 to 18- with new song ‘One Step’, a couple of live tracks, a couple of remix songs, and an acoustic rendition of their current radio single, ‘You’ve Always Been’.

Now I won’t really recap the whole review for you all- you can read the review of Unspoken’s Reason, as well as the review of 2018’s Just Give Me Jesus on our site, here and here; and so I won’t bore you all. Instead, what I have to say through this short and sweet ‘review’ is this- Unspoken the band, have changed Christian pop as we know it, making the sub-genre of Christian music, enjoyable again. From their beginnings with ‘Who You Are’, ‘Lift My Life Up’ and ‘Start a Fire’, to ‘Higher’, ‘Miracle’, and more recently ‘Reason’ and the rest of that album, Chad Mattson has created a group and a space where honesty and realness comes through in the music they portray. Chad’s own testimony of getting out of drugs is highlighted in the new song ‘One Step’ on the deluxe edition of Reason, while a 10 minute live medley, incorporating songs like ‘Higher’, ‘Start a Fire’ and ‘Good Fight’, is also present on the deluxe edition of the 2019 album. ‘Bury the Workman’, a song about how people can never silence the gospel going forth and permeating the world in a way that the Lord wants it to fruit and flourish, is also given the live treatment on this deluxe album, while remixes of both ‘Reason’ and ‘Help is On the Way’ also show us a different side of the band- what’d happen if the band was a techno band instead of soul-pop? ‘You’ve Always Been’, the current single on Christian radio right now, rounds out the 18 tracks on Reason: Deluxe Edition, and strips aways the instrumentation to present a heartfelt theme that we all need now, especially in this moment- a song that challenges us to believe into the fact that God has always been there with us every step of the way, and that anything that we’ve needed of God, He’s always been for us.

‘…We’ve written so many songs. “Reason” took four days to write. We came up with the hook, and switched up the bridge at the last minute and added in the Philippians 1:6 reference. The first verse is really my testimony over the past couple of years.  The cool thing about the songs on our new album is that we set out to write music that we needed to hear ourselves. We took a lot of phrases and conversations happening in our homes between husbands and wives and we wrote songs for us, because of the things we needed to be reminded of. If we can only walk in what we know to be true, that makes a difference. “Reason” starts off with the four seasons of winter. And one of the big things to remember about hard seasons is that you forget that there are other seasons. The winter can seem so long that we can’t find God. But, it’s in those hard moments when we draw close to Him that we experience a huge change. Here’s why: need always causes us to run to Jesus. He preached “blessed are the poor in Spirit.” The idea is that we can’t become part of God’s family until we recognize our need for Him. His love doesn’t change. The cross and the resurrection is always the reason to remember His love for us. He puts the fire in our souls…’ This above quote, though the inspiration behind ‘Reason’ the song, can also be applied to any situation about music. Unspoken themselves delivered a powerful album last year, and now with a deluxe version with a few new songs, it doesn’t come much at a better time than right now. Though I myself will always hold a special place for Follow Through, my very own favourite album from the band, this new album, both the 2019 versions and its current 18-track form, is still nevertheless good and one of the best CCM albums I’ve heard within the last year or so. From the standout track ‘You’ve Always Been’ to the title track, and new song ‘One Step’; this is a must have if you’re a fan of artists like Salvador, newworldson, Dara Maclean and Shawn McDonald. Well done guys for such a jam-packed album…now off to have an Unspoken music marathon, shall we?

‘…a lot of our songs talk about the struggle of life. All of us go through highs and lows. When we’re low we need the encouragement, music, each other, that’s when we need those things the most. Those kinds of songs are the ones that really seem to resonate with people. James 1 says that the testing of our faith develops perseverance, and perseverance must finish its work for us to become like Jesus. Every believer out there, their goal should be to become like God and the only way to that is through perseverance. We’ve got to persevere; we’ve got to continue to push through. So I feel like that song [Good Fight] was an encouragement and a challenge and a call to continue to push through and fight the good fight. Trust the Lord, you can weather the storm with God’s help. After 13 years of doing this, we’ve needed to hear that message many times. A lot of our songs are prayers that we’re praying for ourselves and then they turn into songs…’

3 songs to listen to: Reason, One Step, Just Give Me Jesus