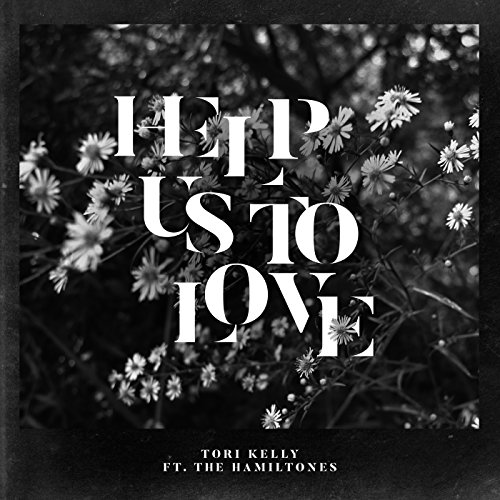 One of my favourite female vocalists of late is Tori Kelly…and now I hear you guys wondering why, as I guess you could say that from when Tori first started until now, she hasn’t really been labelled as a Christian artist- and you all know that I love my CCM right? Why would I listen to a ‘mainstream’ artist and be inspired by them, is the pivotal question- and the answer is that over the past year, my music influences have changed. I won’t go into detail right now (that is for this Message Mondays post here!) but the gist is that because I now am fully in agreeance with the notion that God can use anything He wants to further His kingdom (and I mean anything!) why can’t he use someone who is a Christian, who is ministering to listeners in the mainstream media, of which Tori is one such artist?

I’ve heard a few songs here and there from Tori, but I really started to notice her as an artist, a musician and a songwriter sometime last year when I saw Jordan Feliz’s cover of “Hollow”. From then on, I was a fan, and that only solidified once I saw Tori’s awesome and inspirational testimony on Youtube, as well as her cover of Hillsong UNITED’s “So Will I”. and from first impressions from these videos, I made an assumption. I’m not sure if I’m accurate here, and maybe I’m projecting and extrapolating, but I reckon that maybe right now Tori isn’t all that comfortable in the mainstream industry, which could be the reason why it’s been taking quite some time to record a second album, after the breakout release of 2015’s Unbreakable Smile. Or maybe Tori’s more secure in her faith now, and her second album (whenever it releases, and which I am totally anticipating) will be released on a Christian label, and will be worship songs or songs about Jesus. But if this isn’t true, and Tori records a 2nd album for the mainstream, then just knowing that she is doing what God has called her to do, and ministering in the sphere of influence He has placed her in, I’d say that’ll be enough for me to say that I’m intrigued. One way or another, Tori’s second album is an album I will check out, and maybe we might have heard the first single already!

Written by gospel extraordinaire Kirk Franklin, “Help Us To Love” is a new song released by Tori over the past few days, featuring The Hamiltones as guest vocalists, and boy it is a treat to listen to. With piano and a jazz undertone being the forefront of this gospel/worship fusion, this track isn’t like anything that I have heard recently. Maybe it’s because I do not listen to R&B/gospel artists like Kirk or Tasha Cobbs Leonard or Kierra Sheard, or even mainstream acapella or soul artists (who do sing gospel sometimes) like Human Nature or Pentatonix. Maybe that’s the reason why this song sounds refreshing to me. I guess if someone who had been listening to that genre more so than me, listens to this track; they’d probably say that this music is ‘behind the times’.

A challenging melody, and equally confronting and comforting, Kirk Franklin has outdone himself as a songwriter here, in a way that isn’t that preachy, but still coming from a place of love, and a yearning to understand God more. And as a singer, Tori Kelly completely nails it, and I am sure that even if she goes back to mainstream, her album will definitely sound a whole lot more ‘God-inspired’ or more ‘faith-based’ than her first, simply because she has grown as a Christian and as a singer and as a songwriter in leaps and bounds. This song is a masterpiece, I can listen to it on repeat for many times, and still not be bored! Is “Help Us To Love” the “Bleed The Same” of this year? Maybe… check out the song; and let us know your thoughts. And well done, Tori- I’m more than interested to hear what God has in store for you next!