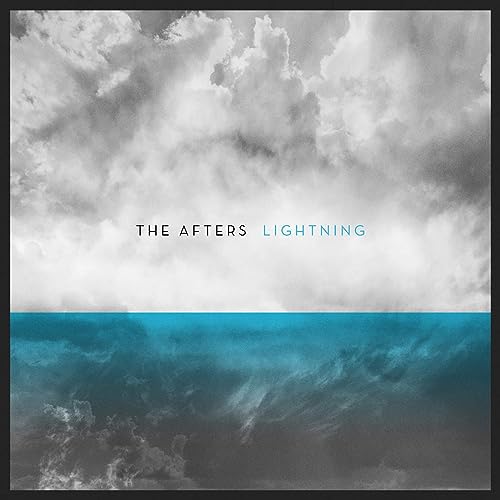 Founded by Josh Havens and Matt Fuqua, pop/rock and CCM band The Afters, originating from Dallas, Texas; have had a pretty remarkable and unbelievable ride over the past few years. On the heels of their highly successful, critically acclaimed and widely popular 2013 album Life Is Beautiful featuring smash hits like “Every Good Thing”, “Broken Hallelujah”, the title track and “What We’re Here For”; the band more than took their time with the 3 and a half year wait until their next offering Live On Forever. One would say that the hiatus was excruciating, yet for the band, it seems like the hiatus was just what they needed- with plenty of melodies on this 10 track album designed to inspire and motivate, encouraging believers and non-believers alike to keep fighting the good fight, and keep going on, because God has our back. Reinvigorated with a renewed sense of passion and purpose, there seems to be no limit at where The Afters will skyrocket too, after what I believe was the release of their career defining album, at least lyrically and thematically. Next month the group unveils their latest project Fear No More, and while my brother Jon will delve deep into the album in June; let me just quickly touch upon the quartet’s latest promotional single “Lightning” (if you want to read about “Well Done” and “Fear No More”, you can read Jon’s review of The Afters’ greatest hits project!).

You see “Lightning” is a straight up pop song. Nothing more needs to be added. One might say that it’s the Afters at one of their most CCM ever in their entire career. Lots of ‘woah’s’, plenty of stirring guitars and keys, and a ‘radio friendly track duration’ at just under 3 and a half minutes. Lyrically, lead singer Josh compares the relentless pursuit of us by God and the lavishing over us by His love to be like ‘…lightning and saved my soul, run in like thunder and shook my bones, now I’m dancing in the rain since You called out my name…’, and while that imagery is fuzzy and warm, sadly it’s not as long lasting as other powerful songs like “Reckless Love”- another track that describes the love of Jesus. Yet for me this song still gets in my head. It’s an enigma because by all accounts I should loathe it right? But I do not! Anyway, maybe it’s cause Bart Millard of MercyMe co-wrote the song, or maybe it’s because of Josh’s joyous demeanour all throughout? I don’t know… All I know is that this track is my guilty pleasure, and come May 31st when Fear No More drops, I’d imagine there’ll be plenty more pop tunes like “Lightning” for me to dance to as well!

After a more than 2 and a half year wait between album’s, and judging from the strength of “Lightning”, “Fear No More” and “Well Done”; Josh, Matt, Jordan and Dan are set to unveil one of the strongest projects in 2019, with plenty of inspiring and motivational tunes to further our walk with Christ. While some would say that the band have lost their edge from many years ago (correct me if I’m wrong, but were all or most of the songs on I Wish We All Could Win in 2005 more rock than pop? I need to revisit this album ASAP!); that may indeed be the case, but the band is still going strong in their ministry, as God moves them forward in the directions that He wants them to take. Kudos to The Afters for still taking risks, which I’m sure will more than pay off on this new album. So even if you’re not a fan of the group and this new direction… check out “Lightning” and later on Fear No More. I’m sure you’ll find your new summer/winter jam! You may not want to admit it, but “Lightning” still strikes a positive chord in us.