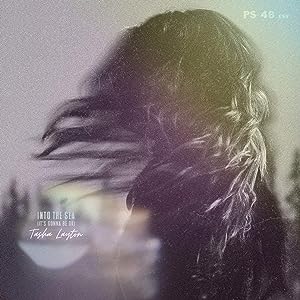 BEC Recordings has been an ever-changing artist roster for years, and though the label has been around for quite some time, much of the artists currently on the label are still relatively new to it.  Much of the artists that have been on BEC Recordings for a long time, have either stopped making music before, or they’ve moved to another label- ShineBright, KJ-52 and Bebo Norman both decided to part ways with the music industry at large, while other artist heavyweights signed to the label- Jeremy Camp, Hawk Nelson, Jessa Anderson, Propaganda, Ryan Stevenson, Seventh Day Slumber, Jadon Lavik and Manafest, have all moved on to other labels, or are producing music independently. And so for Tasha Layton to come into a label that is primarily fronted by artists like Kutless, Disciple, 7eventh Time Down, David Dunn and All Things New; is strange, but also a good opportunity at the same time- with a new era of artists on the label, we have been blessed with something different and unique with what she has brought to the table of artistry in her first debut EP titled Love Running Wild released last year, and featuring standout songs like ‘I Belong to You’ and ‘Love Lifting Me’, to name a few. Now here we are in 2020, and Tasha, who has been a back-up singer to pop sensation Katy Perry for years, prior to her commitment to Christian music not too long ago; has given to us another musical offering in the form of ‘Into the Sea (It’s Gonna Be OK)’, a song that is very fitting, heartfelt and much needed, especially during this time of a pandemic and quarantine around the world.

‘Into the Sea’ is as vulnerable as they come, as we see Tasha declare from the outset that God is present in the struggles and He provides in the moments where chaos and calamity seem to be running free. Piano prominent from the get-go, Tasha’s heart is worn on her sleeve in the verses, where she expounds and expands upon her own fears, worries, insecurities and uncertainties, and is a reminder that we all have these things inside of us that cause us to be afraid, especially now during a global health and economic crisis. As the chorus runs around, we hear Tasha proclaim the poignant lyrics in that ‘…though the mountains may be moved into the sea, though the ground beneath might crumble and give way, I can hear my Father singing over me, ’It’s gonna be ok, it’s gonna be ok’…’ and we’re reminded, necessarily, that God makes all things work together for our good and His glory, even if we can’t or don’t see it. As Tasha herself explains the process of writing the song and what she hopes people can get from hearing it, we see that ‘…when we wrote the song, I think all of us writers were accessing what I call “dark nights of the soul” in our lives. Personally, I was drawing from some experiences I had when I was searching in my faith and felt desperate for a change—especially in the verse that says, “I’ve blamed myself and if I’m honest maybe have blamed you too.” For a long time, I thought the outcomes in my life were solely determined by how good of a person I was or because God “had it out to get me” if I messed up. I’ve since recognized the error in my theology and realized how far from the truth that is… I hope when people hear this song, they are able to access the most honest thoughts and emotions they’re feeling right now and truly hand them over to God. I hope they sense God assuring them that no matter what they are facing, it’s going to be OK…’

Tasha’s new song, albeit a little short with it standing at 3:03, is still as emotive and heartfelt as ever, and one of my favourite standout songs of 2020 thus far. A song that poignantly and necessarily declares God’s faithfulness to us even if we don’t believe that we can even be faithful to ourselves, because of whatever reason or circumstance we may find ourselves in. With the song released in a great timely way to minister to people during this quarantining time, Tasha’s new song is certain to bring healing and comfort to many people during this globally difficult time. Well done Tasha for such a powerful and life-changing song that I’m sure it’ll be for many who hear it throughout these next few months. Can’t wait for a full-length album (not an EP), maybe later on in the future, whenever it arises!