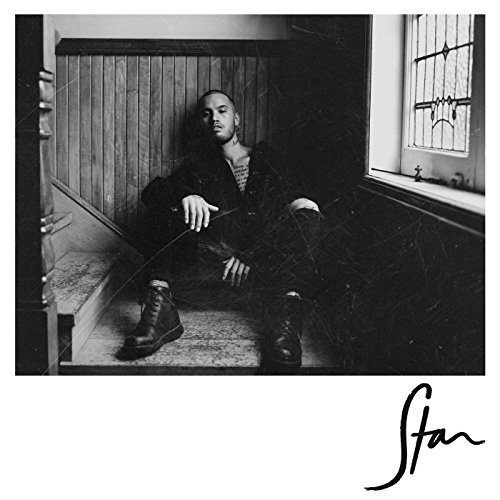 “…It’s like a curse. I’ve watched so many people die in front of me. Over half the coffins in our marae are from cancer. In our case, everyone [with the gene] has died…We’ve got no survivors in my direct line, except me and Mum. My little brother and sister got tested last year, and I was so worried. When Mum told me they don’t have the gene…I thought ‘thank you Jesus’…before all of this, I was 102 kg and now I’m 67 kg,” he said. “I feel like a little kid. I’m still getting used to my body…” If the whole wide world doesn’t know who Stan Walker is, I think they will now. Having debuted his profound, personal, honest, inspiring, emotional and moving documentary on Channel 9 earlier this year called To Hell And Back, chronicling Stan’s own journey battling stomach cancer, and the subsequent removal of his stomach in 2017, leading to his adjustment to his diet, but still a testimony of God’s goodness and His providence; Stan may as well have been known globally as ‘the kid who got cancer and then survived’. But there’s more to the artist than the near-tragedy, as Stan is one of today’s most inspiring and soulful singer/songwriters, in Australia and New Zealand markets. After this year though, I reckon Stan will be a global phenomenon. Don’t quote me on that, it’s just a feeling I have.

Way back in 2009, Stan Walker won Australian Idol, and the rest is history. With the fame and the record deal from Sony came several albums, hit singles, awards and accolades, bringing him to the highest of heights, but for everything to come crashing down within the last couple of years after his cancer diagnosis. For me, I had never really noticed Stan’s music early on in his career (a few songs here and there!) however the track that really grabbed my attention was a song from Stan’s most recent EP Stan EP, titled “I Surrender”, signifying the total giving up on control over to God with relation to Stan’s illness. However what made this song so inspiring and captivating to me is that this track can be about surrendering any part of ourselves over to God, letting Him have control of our lives- Him taking the driver’s seat. It’s relatable and relevant to anyone who wrestles with the concept of God knowing better than us, and the tension that comes with it, and it is for this reason, this vulnerability that Stan has showed in his most recent 6 song EP Stan EP that I reckon will grab the attention of the world, allowing him to cross over into other international music markets. Stan EP is the start of a brand-new beginning for the young Kiwi and committed Christian; so let’s find out which songs on the EP are most impactful!

“Thank You” starts off proceedings, as we are met with a gospel/soul/reggae/EDM infused guitar led mid-tempo anthem dedicated to Stan’s mother, as he lists of the reasons why she’s good to him, and then proceeds to thank his mother for playing her part in making him the man he is today. It’s admirable and commendable that Stan had someone in his corner to stand up for him during his cancer ordeal- and the fact of the matter is that we all do too, as Jesus is with us til the end of all time (which means always), so that should fill us with gratitude, as we sing to Jesus and thank Him like how Stan thanked his mother. The deep and introspective electric guitar led melody “Love Hate” depicts an inner struggle as Stan deals with his inner demons, asking questions as to why he does the things he doesn’t want to do, and doesn’t do the things he wants to. It’s a perpetual cycle we’re all not immune to, thus this song can provide perspective as we grow more into the people that we were made to be.

“You Don’t Know” is as intense a song as it gets, as Stan delivers a rock anthem to his haters and those who judge him, declaring that they do not know him personally, so they don’t have the right to judge him; while the sombre, reflective piano prominent “Find You” is as emotional as any song in 2018, with Stan ardently crying out that he’s going to find his loved one who has been lost for so long. Though on the surface the song could be interpreted as a mate to another mate or a spouse/girl/boyfriend to their significant other; the track can also be seen as us trying to find God- and it is a song like this that can be used to speak to us about Jesus, even if that wasn’t the song’s intention.

While “Whakamoemiti” is sung completely in Te Reo, and literally means ‘praise’, which could be a straight up worship song to God; the EP closer is “I Surrender”. As I’ve discussed a little bit about “I Surrender” in earlier paragraphs, I’ll finish up by saying that this track is probably the most worshipful melody Stan has ever recorded, and that can only be a good thing. As the world now knows about Stan’s strong Christian faith, the fact that he is being authentic and real makes him all the more relatable and a worthy role model for young children. With the sky being the limit now since his remission, Stan has crafted a deeply personal EP that is sure to propel him to greater things, as he delivers the gospel to the wider community covertly sharing God’s love.

“…For two years, it was a full-on drought, in my spirit, everything. I lost the joy for everything I love, singing, relationships, family, all of it. In 2016, it was to the point where I couldn’t control my mind. I just thought I was going crazy in my head – I wouldn’t let anyone see that though. I just hated the world, hated everything. I had no control over my feelings. I just felt like, ugh, I’m done. Done with everything. It was an encounter that I had with God [that got me out of it], things reminding me who I am, and what my purpose is. Reminders that the sun’s still there, despite the rain and hail. It was the death of so many things, but when death comes, there is always new life. When you are lying in bed, staring at the same four walls for three months and you can’t do anything for yourself, you can’t function, you realise you want to live your best life. I want to do what I want to do and I want to do it well….I’ve never been better…” I once saw Stan Walker at the airport in 2009, and though we didn’t talk all that much, I sensed he was quite a real and authentic guy. 9 years later, and I have the proof in one of the most vulnerable batch of songs in 2018, as Stan EP is a must listen for any who love gospel music or worship music or jazz music or Australian music, or some combination. While I do not know how the future will pan out for Stan, I am confident that Stan will continue to win souls for Jesus. Well done, I can’t wait to hear the next full-length album!

3 songs to listen to: Thank You, Find You, I Surrender