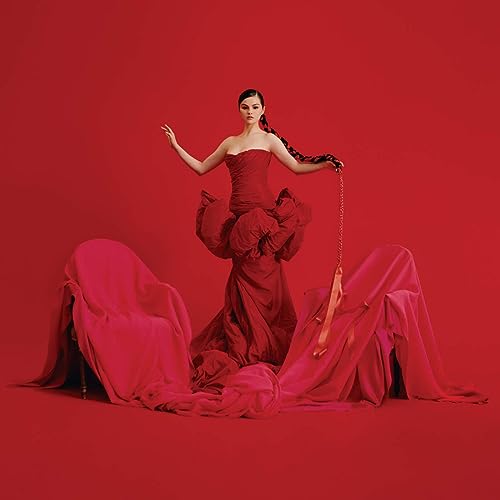 Even if you’re not a fan of mainstream pop music, (like myself until around about a year ago- and even then, I’m still not a fan, just more appreciative of different music styles!); I reckon everyone (and I mean everyone!) would know about actor, activist, songwriter, and pop superstar Selena Gomez’s highly publicised on again/off again relationship with Justin Bieber. Although it’s definitely off- given that Justin has been married to Hailey Baldwin for two years and counting! Anyway, you may have some thoughts about it- you may have shipped Selena and Justin together in the past. Or you still may, even with Justin recently married to Hailey Baldwin!. Or you may be anti both of Selena and Justin together. Or you could be like me and be indifferent to the whole ordeal. Because why be invested in the private lives of celebrities who aren’t even ‘real’ to a degree and only allow the public to see what they want them to see? Am I right? Cause it’s their lives outside of the spotlight…like is their relationship or lack of one going to help me in my own personal life? No, definitely not! But alas, we as common folk and the public like a good story and love to follow celebrities’ lives (and I mean their whole lives!) for some strange, weird reason that I can’t seem to figure out. We stalk celebrities lives on facebook, twitter, Instagram and other social media profiles…until we’re blocked! We’re a weird bunch, aren’t we? Nevertheless, Selena and Justin’s rocky relationship permanently ended last year, and even if you aren’t a fan of Selena’s music, or haven’t heard much of her music, there’s no denying the emotion and vulnerability surrounding her most recent album Rare which released last year.

Now I’m not the biggest Selena Gomez fan. I’ve heard some of her songs here and there- enough for me to say that her influence will keep on growing over the next few months and years (her growing influence is explored in our blog which can be read here!). But what I will say is this- that the world stood up and took notice with these songs “Lose You To Love Me” and “Look At Her Now”. They hung onto every word being sung, every emotional note being played. No doubt this is probably one of the most vulnerable periods they public has been exposed to with regards to Selena’s private life, and for that reason alone I figured that it was time to voice my thoughts. I reviewed Rare last year… and now I’m back again giving my thoughts to Selena’s Spanish album Revelación. Going back to her Spanish roots, Selena sings an EP full of emotion and passion and honesty and vulnerability- as we are immersed in one of the most captivating and powerful EP’s of 2021. And yes, that is even with the entire EP being sung in another language that I’m not familiar with!

If you, like myself, have no idea of what Selena is singing about on these 7 songs, you can close your eyes at first, and immerse yourself in the feel and the atmosphere of the EP. Or you could look up the English translated lyrics on genius.com– like I did. Still, it’s hard to follow these lyrics, when you’re listening to them in Spanish. Either way, if you choose to read English lyrics or not, there’s no denying that there is brutal honesty and raw emotion here. With the first track “De Una Vez” being a ‘break up song’ to Justin, and a reminder that she is better off alone than with him, we are met with a confident woman who is secure in her identity and secure in who she is as a person- so much so that she is free and content and happy to declare that she is better off alone, no matter the consequences. “Buscando Amor” carries on from “De Una Vez”, as Selena relays that it’s time to party and have a good time- in response to a break up, while “Baila Conmingo” details a dance, whereby Selena and Rauw relays that their personas may not understand each other in their native language, but that with effort and determination, a relationship or a friendship can arise.

“Damelo To”, a danceable track driven by acoustic guitar, has Selena vividly describing the physical aspects of a relationship, and how she wants the other person to show her how they love her; while “Vicio” delves into the concept of vices and that this person is a vice for Selena in the song- they grab her attention and are essentially not good for her- yet she still succumbs to temptation. “Adios”, a no-nonsense in-your-face melody about saying goodbye to someone, is presumed to be sung about Justin Bieber and the end of their relationship; while Revelación ends with the part English, part Spanish “Selfish Love”, whereby Selena recounts how she wants to make her crush jealous and have a ‘selfish love’ with them as well- with the message of the track being that sometimes we are indeed possessive over our loved ones and that we long to be the only ones in their orbit… which isn’t the case. In any case, this song depicts quite an unhealthy obsession- and if we all can heed the warning, then I guess “Selfish Love” has done its job, right?

With Selena Gomez’s prowess as a singer and as a songwriter only improving more and more with each new day and each new song; if you’d told me that I’d actively listen to a Selena Gomez album last year, I’d laugh in your face. But such is this past year and musical growth that I have had- now I’m comfortable in listening to something that is not completely in my ‘genre’. If anything, the album Rare and especially this album Revelación has taught me that I need to redefine my preferred genre of music, or at least expand it a bit. With the theme of this EP being about love and the many facets and how we all define love and what works best for us; it’s evident that lyric wise this is some of the strongest material Selena has recorded. There is indeed a rumour of Selena retiring music. But with Rare and Revelación each having a special place in my hearts- can I plead with Selena and say a resounding ‘No, now’s not your time to retire yet!’? Well done Selena, for being brave and showing us the journey that you’ve been on and are still on- and let us hope and pray that whatever comes next inspires and challenges just this project has! How about a Christmas album or a live CD/DVD or an acoustic album?