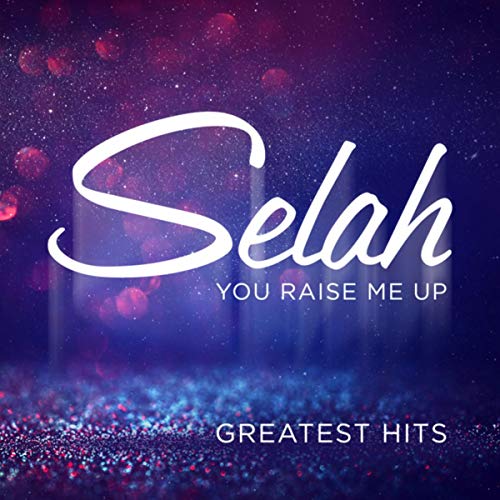 Selah– You Raise Me Up: Greatest Hits (Amazon mp3/iTunes)

Having recorded a vast array of stirring, personal, heartfelt, emotional and inspiring albums since 1999, vocal trio Selah have displayed to us and unveiled many poignant melodies and soft piano pieces with the intention of ushering us into communion with Jesus. Songs like “I Look To You”, “You Raise Me Up”, “All My Praise”, “Bless The Broken Road”, “I Turn To You”, “You Deliver Me”, “I Will Sing Of My Redeemer”, “Wonderful, Merciful Saviour”, and “Hope Of The Broken World” all captivate and inspire us, giving us reason to praise God and celebrate our freedom in Him. And the three vocalists Allan Hall, Todd Smith and Amy Perry each sing eloquently, powerfully and beautifully, praises to Jesus, as well as bringing to the fore words of encouragement and impact.

With the trio already boasting quite the discography (plenty of hymn albums as well as studio albums with all original material; not to mention a Christmas album and an acoustic EP!), there is one thing that Selah haven’t done yet (apart from a live CD/DVD, which I hope is coming in the future!), and that is release a greatest hits album. Well wait no more guys- You Raise Me Up: Greatest Hits recently released this past week, and let me tell you- it does indeed capture the best hits from the trio, although there are a few songs missing. And as Todd, Allan, and Amy once again wow us and show us their brilliant vocal melodies and harmonies, and I am once again swept away in wonder and awe; the Holy Spirit’s presence is evident on every track of this unique worship experience stretching close to an hour. Now with an album that on the surface looks quite daunting (15 tracks!), let’s dive in to see how the band deliver the songs we know and love as well as introduce us to new original favourites.

A look down the track list and we can see all the heavy-hitters that have been the band’s singles and hence reliable radio-friendly melodies for a long time. “Bless The Broken World”, “Press On”, “Wonderful Merciful Savior”, “I Turn To You”, “Glory” (with Nichole Nordeman, and a lesser known ‘single’ from Bless The Broken World in 2008!) and “Be Thou Near To Me” are all worthy inclusions to this collection of hits, while the trio have also reedited and re-mixed various ‘bigger’ hits from their whole career to be included on this release also- featured in their ‘single edits’ rather than the album versions. “You Raise Me Up”, “You Amaze Us”, Hope Of The Broken World”, “All My Praise”, “Hosanna” and “I Got Saved” would probably be in the top 10 of popular Selah songs, so I guess it makes sense that these tracks are included here in it’s ‘radio’ form instead of the ‘album’ format. These songs have been on radio for a long time and fans maybe have been wanting to know where the ‘exclusive’ radio versions can be found apart from the radio. Well Selah have listened and have provided us these tracks (which are altered here and there- 30 seconds or so shaved off the album versions, for reasons I am not fully understanding off, but anyway, it’s popular so…), and if this was simply the end of the project, then Selah would have done us all proud.

Yet there are three more exclusive brand-new melodies here that listeners can feast their ears upon. With one melody being “You Raise Me Up” as an acoustic track, the remaining two offerings are “Jesus Is The Answer”, a cover from Andrae Crouch; and “To God Be The Glory”, a cover of a Fanny Crosby hymn- and each melody is sung to perfection, as we are glimpsed into the type of music Selah could record in the future- and that is fortunately more of the same! These guys aren’t going anywhere, so let us sit back and marvel at the work that they’ve recorded and look forward to the future.

Releasing their first greatest hits album and almost encompassing all the hits in this release (but where is “Unbreakable”, “You Deliver Me”, “Be (My Hearts, My Hands, My Voice)”, “We Must Not”, “It Must Be You”, and “I Look To You”?); Selah seem to be more than filling part of the void left by Avalon, another vocal group who have been absent from recording for the past 5 years (who have since announced a comeback and a new album, under a new label and a brand new member!). What Selah add to the CCM market, is soothing and beautiful harmonies and melodies, as each of the three vocalists Todd Smith, Allan Hall and Amy Perry sing to perfection, and deliver us some of the most popular and respected hymns and covers, as well as giving us originals sure to stand the test of time as well. Though the predominantly piano led and focused ballad heavy album may not be to everyone’s tastes, as some may prefer rock music; You Raise Me Up: Greatest Hits is well worth at least a listen- you may find yourself surprised at how much you enjoy the album, as you sing along with Selah praises to God, singing along songs like “I Got Saved”, “Hosanna”, “All My Praise”, and of course, the Josh Groban penned title track! Well done guys, I can’t wait til your next album, which will be awesome!

4 songs to listen to: You Raise Me Up, I Turn To You, All My Praise, I Got Saved