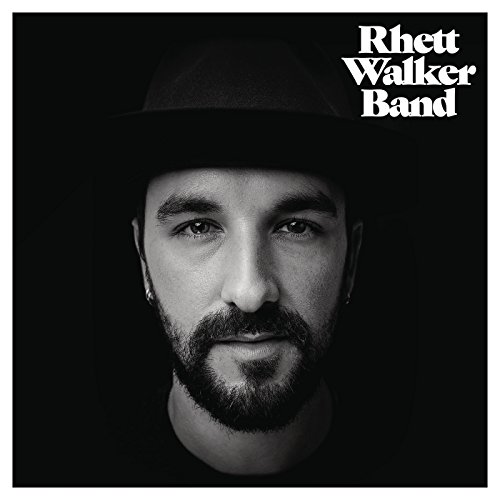 Releasing their debut Provident Label Group album Come to the River way back in 2012, and following it up in 2014 with Here To the Ones (both albums spawning hits like ‘When Mercy Found Me’, ‘All I Need’, ‘Come to the River and ‘Broken Man’, to name a few), Rhett Walker Band received success over the years, from receiving Grammy nominations and Opry performances, to delivering albums that made me reconsider what it means to create music that dovetails in between country and Christian music (and execute the music that it’ll fit in both musical ‘genres’, and fit well!). They were riding success like a wave, so in 2016, when they quietly disbanded via a Facebook post, it was a little sudden and a little shocking for me personally. Nevertheless, in February 2016, the band decided to quit the touring life, and to close a chapter on a career that was impacting, albeit too, too short. I didn’t really expect Rhett Walker to release anything else, ever…until in 2017, we saw Rhett deliver one of the most heartfelt and poignant releases of that year- ‘I Surrender’. It was a sign of things to come, because now fast forwarding to August 2018, Rhett now has a new EP release (though ‘I Surrender’ is absent, nevertheless, what is released on the EP is just as emotive and heartfelt!)- self titled, as well as him being rejuvenated in his call to music as he navigates to touring life again, this time with a clear sense of direction and hope. To come back from disbandment is a feat in and of itself, for any band/solo artist, and for Rhett to pour out his heart in the form of 6 songs (and ‘I Surrender’), unveiling his thoughts and processes over the last few years or so, is nothing short of encouraging for anyone who hears it. A certain listen if you are fans of other southern country/CCM artists like needtobreathe, Third Day, Daughtry or Carrie Underwood; Rhett Walker Band is inviting us to partake and listen to what I reckon is one of 2018’s most challenging and hopeful EP’s, thus far!

Released in April 2018, ‘Say Hello’ is the follow-up single after ‘I Surrender’ released last year, and the music styles can never be that different. While ‘I Surrender’ was a much more reflective ballad, entailing the message of how even at the end of our rope, even if and when things go south, we can still turn back and surrender to the Lord, watching Him use whatever we are going through to refine us to children of God and in essence, more well-rounded better people; ‘Say Hello’ is indeed a toe-tapping feet stomping southern rocker, as Rhett and co. invite us to ‘…say goodbye to the worn and weary, say hello to the brand new you, hear that gospel song playing on and on, sticking to your soul like glue, say goodbye to the sin that held you, feel that love wash it all away, You can let it go and say hello, to the power of Jesus’ name…’ The song, in a nutshell, is a gospel song, and gives us a rundown on what we need to do for the power of Jesus’ love to come into our lives…nothing. Rhett and the band deliver thought-out lyrical moments where we are challenged, and ‘Say Hello’ is no different. In the midst of the southern-rock backdrop lies a song that is carefully mined for all the lyrical goodness that it is worth, that all we in fact need to do is to lay down all our troubles at the feet of Jesus, and acknowledge Him as the Lord of our life…but even if we don’t do that, God will love us regardless, and will use whatever we experience and whatever is in our path to bring us back to Him, even if it means to shatter or preconceptions of what may be considered an ‘acceptable’ piece of offering and worship to the Lord on a daily basis!

Throughout the rest of the EP, we hear Rhett and co. deliver unique musical backdrops across a myriad of lyrical themes relevant to the society of today. ‘Like Your Father Does’ released as a pre-release track in June 2018, close to Fathers Day (at least, Fathers’ Day in America) and speaks about the loving relationship between Rhett and his children, as he reminds them that ‘…ain’t nobody gonna love you like your father does…’ The song also becomes a double meaning, as while the melody can be taken as Rhett singing to his children in an earthly sense, the song itself is also a reminder that God Himself sings this over us, that no one loves us like our Heavenly Father, that the love our parents have for us, and that we have for our own children (or potential children down the road), is only a fraction of what God shows to us. As Rhett himself divulges, ‘…being a father is one of the best things I have ever got to do or the [best] title that I’ve been given but the amount of love that I can give my kids is only a glimpse of what Christ has for us. I started writing it from a dad’s point of view and then my dad called and he said my pawpaw is heading to the hospital and it doesn’t look good, that immediately change the course of the song a little bit…’ Though Rhett’s grandfather went on to pass and be with the Lord, the song nevertheless is one that’ll continue to impact in months and even years to come.

‘Peace in the Family’ feels like a revolution-style track, akin to songs gone before like ‘Paint the Town Red’ (Delirious?) or ‘Bonfire’ (Building 429), as we’re reminded that such an anthem as this ought to fuel us into action as we try to affect the culture of the world we live in, changing it slowly from hate to love, from fighting to peace, and from hostility to forgiveness. ‘Love Done’, quite possibly a single in the Hard Rock Christian Radio stations in the future (as well as giving myself some Third Day ‘Time’ or ‘Revival’ vibes!), preaches about the love of Christ, and states everything that Rhett himself believes, not just about love but about the gospel in general, while ‘Heavenly Home’, standing at 3:02, showcases an acoustic style country-folk/gospel tinged melody that allows us to sing with a surrendering heart, asking the Lord to break down our own facades and to lead us to our heavenly home which is in Christ Jesus, yes in heaven after our life is done, but also, right now with Him, this side of eternity. ‘Murderer’ rounds out the EP in ‘Thief’-like fashion, presenting to us a track written from the POV of the thief on the cross. A telling moment where Rhett unveils everything that I’m sure the person could’ve felt about himself, hanging next to Jesus, it is the striking similarity to Third Day’s ‘Thief’ (and even similar to an extent, to Steven Curtis Chapman’s ‘How Love Wins’) that I’m sure will draw people into at least checking out this song, even if it is only once.

So there you have it…Rhett Walker Band EP. After 4 years, this is Rhett Walker and co. still at their best, and though it may not have been a full length album fans would’ve wanted, the EP nonetheless provides songs that’ll strike deep to the core of who we are as we wrestle the themes explored within the confines of these 6 melodies. Rhett Walker is back, rejuvenated and with a renewed purpose, and a lot of this new EP reflects this. Though a lot of this EP is heavily influenced, stylistically, through the southern rock and country genres, the messages are centrally focused on Christ and the Christian life, however messy it could be. Releasing on the same day as newcomer Caitie Hurst’s new album, alongside Jonny Diaz’s Sweetness and Sorrow, Derek Minor’s The Trap and the newly anticipated song ‘Only Jesus’ from Casting Crowns; Rhett Walker and co. have unveiled what I reckon is one of my favourite EPs this year, alongside others like Cimorelli’s I Love You Or Whatever, and Tori Harper’s Seasons. Well done Rhett for such a satisfying and challenging EP, can’t wait for a full length album later on, whenever it arises!

3 songs to listen to: Say Hello, Like Your Father Does, Love Done